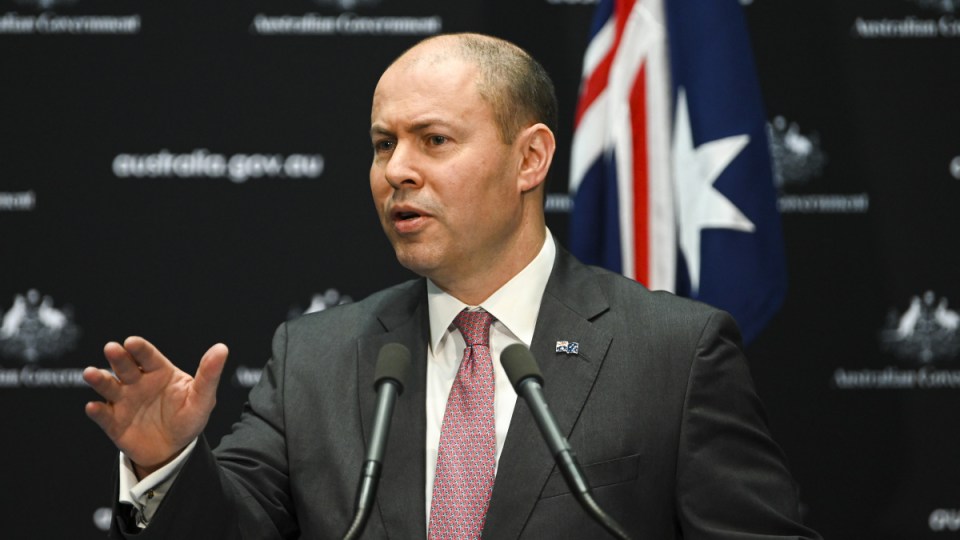 The Treasurer described credit as "the lifeblood of the Australian economy" when announcing the reforms. Photo: AAP

Treasurer Josh Frydenberg’s decision to scrap responsible lending laws introduced after the GFC has met with a mixed response from consumer advocates and business groups.

In yet another pre-Budget policy announcement, Mr Frydenberg on Friday revealed a raft of lending reforms to make it easier for consumers and small business owners to get bank loans.

Notably, the reforms would remove most of the responsible lending obligations from Australia’s national credit act as part of a broader shift from “lender beware” to “borrower beware”.

Mr Frydenberg said it was critical to understand the reforms “as improving the chances of a consumer, of a mum and dad, to be able to access credit, so that they can buy their home, so that they can spend as they need to across the economy, as part of the economic recovery”.

The Australian Small Business and Family Enterprise Ombudsman, Kate Carnell, framed the reforms as “a necessary funding injection” for small businesses – noting that owners had “faced an uphill battle to secure a loan” since the banking royal commission.

But consumer advocates said the reforms would enable borrowers to take on more debt than they could afford to repay – leading to hardship, stress, and anxiety.

Former ANZ chief economist Warren Hogan said the reforms were “sensible” – not only because they would increase the flow of loans by dropping credit standards, but also because the Reserve Bank had almost exhausted its ability to reduce the cost of credit through cuts to interest rates.

He said the reforms made a lot of sense in the broader context of stimulating the economy after COVID-19.

“It’s quite clear that the existing framework was having an impact on how banks thought about lending money to consumers and small business – and that’s now a real issue, because the economy is weak and we’ve really got to try and get it going,” said Mr Hogan, now an industry professor at UTS Business School.

“So now we shift – by necessity – [to this] proposed legislation. And then we’re just going to have to find out, ‘Are there any cracks in the set-up?’ And then make adjustments as we go.”

Mr Hogan said it was impossible to introduce “bulletproof” legislation in this environment, and that regulators would have to keep a close eye on the market to protect vulnerable customers.

Though conceding a freer market would lead to some lenders taking advantage of their clients, he said the potential benefits of loosening the credit tap, such as faster growth and stronger job creation, outweighed the risk of a potential rise in bad loans.

And he said tighter lending standards often had the perverse effect of driving unsuccessful loan applicants towards unregulated lenders, such as payday lenders and loan sharks.

Eliza Wu, associate professor in finance at the University of Sydney, also empathised with Mr Frydenberg’s efforts to get credit flowing back into the economy.

But she said the reforms could “sow the seeds of the next housing boom and the next debt crisis” – especially in capital cities like Melbourne and Sydney – if regulators didn’t step up to the plate.

“Because whilst it seems like interest rates may remain forever low, that certainly cannot be the case indefinitely,” she said.

“So at that future point in time when interest rates do come back up, and households and businesses are weighed down with all this debt, it could be disastrous.”

Ms Wu said she was confident regulators could manage the extra risk, but consumer groups were more pessimistic.

‘It has never solved an economic crisis’

Financial Rights Legal Centre CEO Karen Cox said adding more debt into the economy was a short-term fix that would cause long-term damage to people’s lives.

She said the government should instead focus on policies that boost people’s incomes.

“Watering down credit protections will leave individuals and families at severe risk of being pushed into credit arrangements that will hurt in the long term,” she said.

“Our service helped thousands of Australians drowning in debt and we continue to see legacy debt that predates the Hayne Royal Commission.

How can we have so quickly forgotten the hard lessons from the GFC and the Hayne Royal commission?”

Alan Kirkland, CEO of consumer advocate CHOICE, said we abandoned the idea of “buyer beware” decades ago for good reason.

“To make it the principle that guides lending in the middle of a recession has disaster written all over it. Piling more debt onto people who can’t afford it has never solved an economic crisis,” he said.

“Products like credit cards are complex. That’s why banks make so much money out of them.

“Banks are in a much better position to assess a person’s ability to repay, so they need to shoulder some of the responsibility.”

The RBA weighs in

Mr Frydenberg’s announcement comes after Reserve Bank governor Philip Lowe – following ASIC’s legal defeat to Westpac – voiced concerns that lenders were knocking back too many borrowers for fear of reprisal if the loan went bad.

He told the Parliament’s economics committee in August that banks had adopted an overly cautious interpretation of responsible lending rules and were impeding the nation’s economic growth as a result.

“We can’t have a world in which, if a borrower can’t repay the loan, it’s always the bank’s fault. On a portfolio basis, we want banks to make some loans that actually go bad, because if a bank never makes a loan that goes bad, it means it’s not extending enough credit,” Dr Lowe said.

“The pendulum has probably swung a bit too far to blaming the bank if a loan goes bad.”

Lending reforms smashed by consumer groups but backed by business