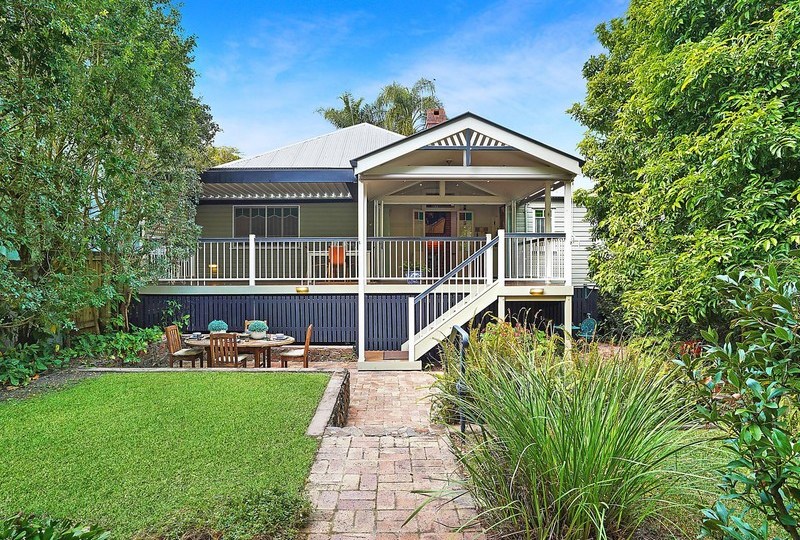 "Exuding charm": The New Farm, Queensland, was sold by McGrath at auction.

The Melbourne auction market had a weekend off as the city’s attention turned instead to AFL footy, while Sydney saw its busiest Saturday so far this year.

There was an significant drop in the auction volume across the combined capital cities, with 1262 homes taken to auction, down on the 1983 auctions held in the prior week.

The overall lower activity was mostly attributable to the drop in activity across Melbourne, given the AFL grand final long weekend.

The Sydney auction market had its busiest weekend for auctions since November, with 939 homes taken to market over the week.

There were 719 Saturday auctions, with 558 results captured and 442 sold, with NSW having a pause next weekend.

The weekend results reflected a preliminary clearance rate for Saturday of 79 per cent, which was slightly higher than the prior weekend, suggesting demand was keeping up with supply.

Last year, 608 Sydney homes were auctioned when a much lower 43 per cent sold,  the CoreLogic auction analyst Kevin Brogan noted.

It fetched $5.35 million when sold to a local family whose son attended nearby Knox Grammar.

Sydney’s cheapest was $290,000 at Greenwich for a studio unit within a 1965 apartment complex.

The unit, at 303/284 Pacific Highway, had 26 square metres of open-plan space and a kitchenette.

It has been rented out to tenants since, with a most recently advertised rental of $335 per week.

It was sold by Better Homes and Gardens Real Estate agents Justine Collins and Lloyd Allen.

The Ray White marketing suggested the home needed TLC, with keen renovators bidding after the initial bid of $480,000.

Across the smaller auction markets, auction volumes were lower week on week across all cities.

The best performing in terms of clearance rates was Adelaide with 62 per cent of auctions returning a successful result, Canberra followed with a 58 per cent preliminary auction clearance rate.

There was a 50 per cent success rate in Brisbane, where the top sale was a four-bedroom, two-bathroom house at New Farm in the city’s inner north.

The Queenslander at 77 Langshaw Street attracted six registered bidders when sold for $2,195,000.