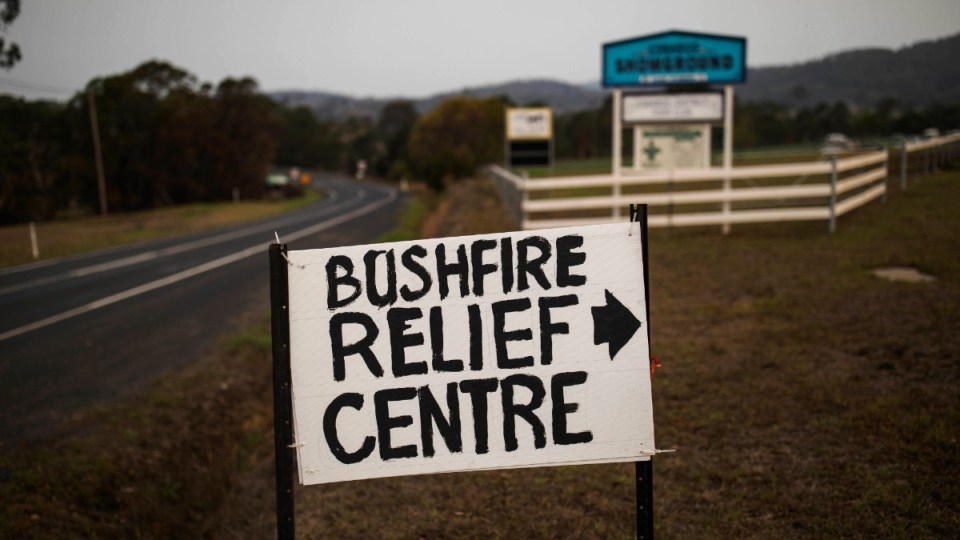 Mr Morrison said the fires have “taken a traumatic emotional toll” on local communities in their path and the emergency services personnel battling to stop them.

“These bushfires have been unprecedented in their scale, coverage and duration,” he said.

“They have caused tragic loss of life and physical damage, that have scarred our landscape.

“We need to ensure the trauma and mental health needs of our people are supported in a way like we never have before.”

Just under half of the money will be used to double the number of psychological therapy sessions with a GP or mental health professional that can be accessed through Medicare and expand telehealth services.

The announcement comes just days after opposition leader Anthony Albanese called for more support to be given to medical services dealing with the aftermath of the bushfires.

The fallout from the fires – including the hazardous smoke which has shrouded major cities for days on end – must be viewed as a national health crisis, Mr Albanese said on Thursday.

“Dozens of communities across the nation have been ravaged by bushfires in recent months with up to 26 deaths, hundreds of injuries and many thousands of people traumatised,” he said.

“In line with the advice of 28 of Australia’s leading health groups who have called for this crisis to be treated as a public health emergency, Labor calls on the government to develop a national response to ensure Australians impacted by the fires have access to health and mental health services.”

“The scientists have been telling us for years that climate change would increase the prevalence and severity of bushfires. Unfortunately, this has eventuated,” Mr Albanese said.

“While extinguishing fires and housing people whose homes have been lost is the immediate priority, it is critical that the Federal Government also provide national leadership to address longer term effects on the health of victims.”

The association’s federal council cautioned there was “clear scientific evidence indicating severe impacts” for patients now and into the future, and flagged the AMA’s intention to work with the government to take action.

Dr Tony Bartone, president of the AMA, said the evidence was irrefutable.

“The AMA accepts the scientific evidence on climate change and its impact on human health and human well-being,” he said.

“The scientific reality is that climate change affects health and well-being by increasing the situations in which infectious diseases can be transmitted, and through more extreme weather events, particularly heatwaves.”