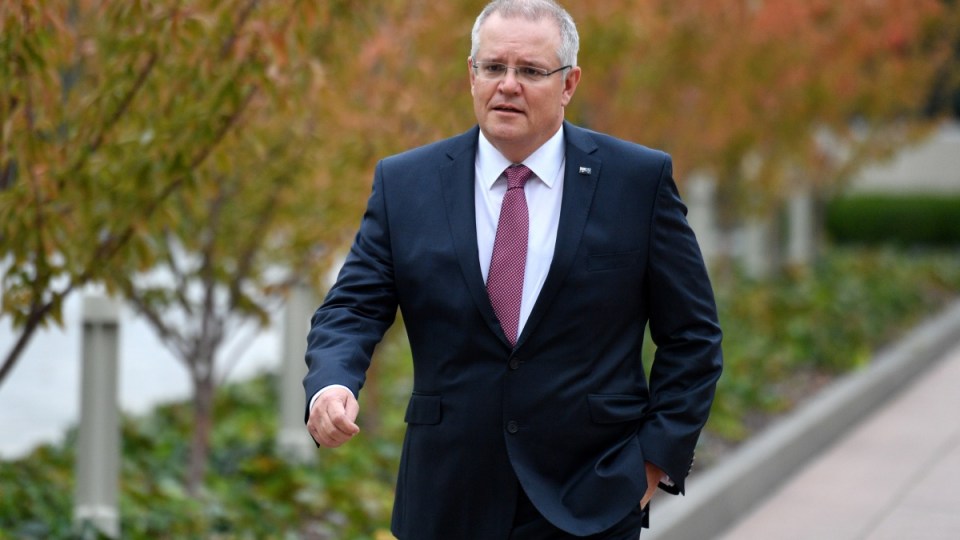 The federal government says Tuesday's budget will allow Australians to keep more of the money they earn. Photo: AAP

The treasurer used his final public appearance before presenting the budget to parliament to argue the Turnbull government knows how to deliver a stronger economy.

“The plan for a stronger economy that I’ll be announcing tonight is about improving the opportunities for all Australians to live in a stronger economy,” he told reporters on his way into Parliament House on Tuesday.

It’s a plan for lower taxes and for reducing the pressure on households.”

The promise of personal income tax cuts has been hinted at for months, in what is set to be the final budget before an election later this year or early 2019.

The coalition needs a political boost from the budget, having lagged behind Labor in the polls since September 2016.

Mr Morrison warns tax cuts won’t be “mammoth”, but they will be affordable.

It’s expected part of the tax relief will come through increasing the low-income tax offset, while the budget promises tax cuts for higher income brackets by 2024.

Low to middle-income earners could be up to $10.50 a week better off from July 1 through changes to low-income tax offset.

Deputy Labor Leader Tanya Plibersek was reminded of former treasurer Peter Costello’s tax cuts in his 2003 budget, which were labelled as a “hamburger and milkshake” (sic) tax cut.

“It looks like tonight’s won’t be a hamburger and a milkshake. You’ll have to take your pick – a hamburger or a milkshake,” Ms Plibersek told reporters in Canberra.

Various media have reported the $87,000 tax threshold will be increased to $90,000, which would also benefit all taxpayers above that level because of the progressive nature of the personal tax system.

Centre Alliance senator Stirling Griff believes there is a case for tax relief for middle to low-income earners.

But he is concerned there will be $65 billion less spent on community services over the coming years, from the government’s proposed corporate tax cuts coming into play.

“My concern is really the economy has moved positively in recent months, or so the stats have shown us, but I do have a number of concerns over really the next 12 months,” Mr Griff told ABC radio.

Tuesday’s budget could also return to surplus a year early, in 2019/20, thanks to a spike in company taxes and record job growth.

A significant aged care package, in the wake of a major review into the sector, is also included.

Meanwhile, Mr Costello has savaged the government’s budget strategy to pay down debt.

“I think the probabilities are, we’ll never get back to where we were. You and I will die before that happens.”

Spending needed to be cut by at least $18 billion a year, Australia’s longest-serving treasurer warned.