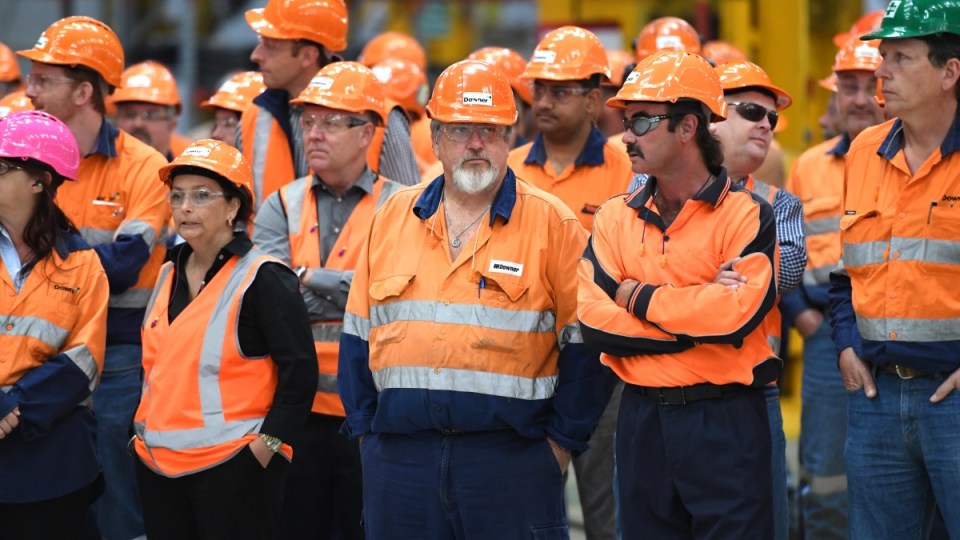 The tax cuts are expected to apply to those in the bottom two tax brackets. Photo: AAP

Australians in the lower tax brackets will be the first to benefit from income tax changes anticipated in Tuesday’s budget, Finance Minister Mathias Cormann has confirmed.

He says while job creation has benefited the economy, lower-income workers haven’t seen the dividends they want to yet.

“And so clearly, a personal income tax cut that prioritises low- and middle-income earners in the first instance, of course that is good for them and good for the economy,” he said.

It’s anticipated tax cuts will first apply to those in the bottom two tax brackets, earning up to $87,000 a year, and that tax bracket changes for those earning above $180,000 will apply from 2024.

“If we want to ensure that Australians are incentivised and encouraged to work hard, to stretch themselves, to be the best they can be, obviously there has to be a reward for effort as well,” Senator Cormann said.

Treasurer Scott Morrison expects the cuts to create a lift in spending.

“Tax relief of middle to low-income earners underpins the economic policies that support stronger consumption from an economic view and from an empathy point of view,” he told News Corp.

“We’ll see what the budget says in black and white on Tuesday night but we have always said that we would prefer to see any tax relief go to those who need it most – the people of middle Australia,” he said in Brisbane.

But he said even if there are tax cuts for workers, the biggest concessions would still go to those who need them least.

The defining feature of the budget would be an $80 billion “handout to big business”, he said.

Income tax changes would come on top of cuts for businesses aimed at creating more jobs.

For Mr Morrison, the budget’s success is key to his personal ambitions. He still has aspirations to lead the Liberal Party if and when the job becomes vacant, although a recent opinion poll found only two per cent of voters agreed with that idea.

Even so, it’s a marked turnaround from a year ago.

Prime Minister Malcolm Turnbull found the need to defend the competency of his treasurer after presiding over the biggest quarterly contraction in economic growth – subsequently revised – since the 2008-2009 global financial crisis.

And, as if to add insult to injury, Sydney shock jock Ray Hadley dumped Morrison from his weekly slot on his 2GB radio program after the treasurer stood him up for an interview with the ABC.

Hadley accused Morrison him of lying to him, being “boring” and treating him “like an idiot”.

Like his predecessor Joe Hockey, Morrison met howls of protests over his first budget – from opposition parties, vested interests, the media and even his own backbench.

The treasurer was bagged for his changes to superannuation, which ended up being watered down to appease the Liberal Party base.

A large part of his 10-year company tax cut plan also remains stuck in the Senate.