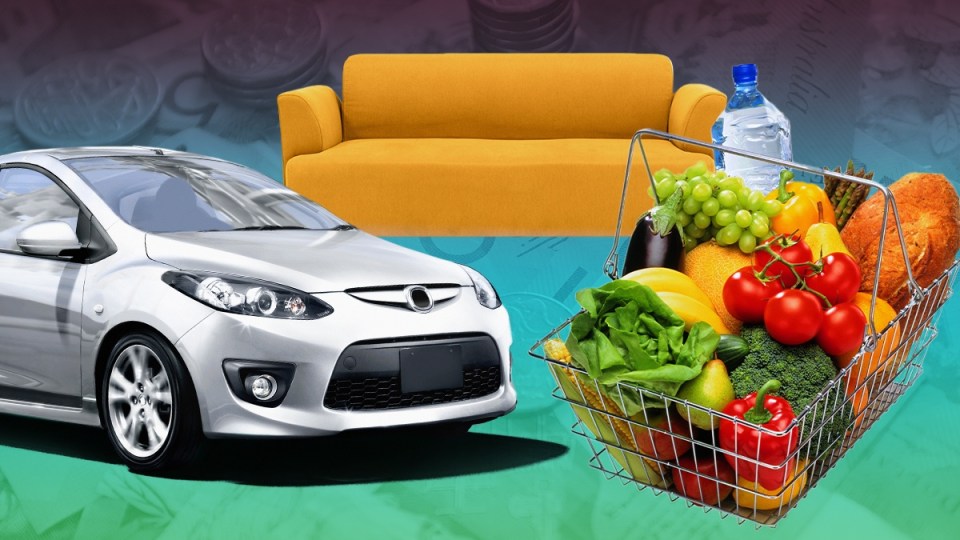 Households are being squeezed at the petrol pump and increasingly at the supermarket as Australia’s cost-of-living crisis continues to worsen.

Consumer price data published by the Australian Bureau of Statistics on Wednesday showed annual inflation hit 6.1 per cent in the June quarter.

It was the highest rate since the GST was introduced in June 2001 and was largely concentrated in essential items that households will struggle to cut back on.

Fruit and vegetable prices rose 7.3 per cent over the year to June 30, while petrol prices surged a staggering 32.3 per cent.

And experts warned the worst is yet to come, with soaring commodity prices pushing up energy bills and rising interest rates doing the same to monthly mortgage repayments.

“The fact this increase in consumer prices has been so concentrated in non-discretionary items makes it very difficult for households,” he said.

“This might have begun as a fuel price shock, but it’s quickly become a relatively broad inflationary shock.”

And worryingly, some of the biggest price hikes recorded over the June quarter were for essentials such as bread, meat, dairy, fruit and vegetables.

After petrol, the largest rise was a 7.3 per cent spike in fruit and vegetable prices, which economists blamed on recent floods in New South Wales and Queensland.

Those price pressures should begin to ease over the next six months.

But there are emerging risks for other food products, such as the threat of foot-and-mouth disease to livestock supply chains.

The table below shows how grocery prices changed in the June quarter.

Higher prices were also evident outside the supermarket, with popular household products also contributing to the highest inflation in 21 years.

It was particularly evident in furniture and appliance prices, which shot up over the past year as a global supply chain crunch made it harder to transport goods around the world.

Economists, including Reserve Bank governor Philip Lowe, think these costs are now falling, which should provide some much-needed relief to consumers in the next 12 months.

The table below shows how household goods prices changed in the June quarter.

Elsewhere, the largest price rises continue to be felt at the petrol bowser and by Australians building new homes.

Petrol prices rose 32.3 per cent over the year to June, partly because the war in Ukraine has made it more difficult for Russian oil to be sold.

Meanwhile rising construction costs pushed up the cost of building new dwellings by 20.3 per cent in the year to June – the largest annual rise ever recorded.

But in a sign that inflation pressures are broadening across the economy, that figure was down from 89 per cent in the March quarter.

Mr Eslake said that of the 90 different expenditure categories tracked by the ABS, 73 experienced price rises in the June quarter – up from 71 last quarter.

“In the 10 years prior to COVID, in any given quarter on average, 35 categories fell [in price] and roughly 55 rose [in price],” he explained.

In the decade before COVID-19, there wasn’t a single quarter where more than eight product categories had price hikes of more than 4 per cent.

Mr Pickering agreed that inflation is broadening, saying that businesses are approving higher prices on a greater number of products over time.

“People call that an inflation spiral,” he said.