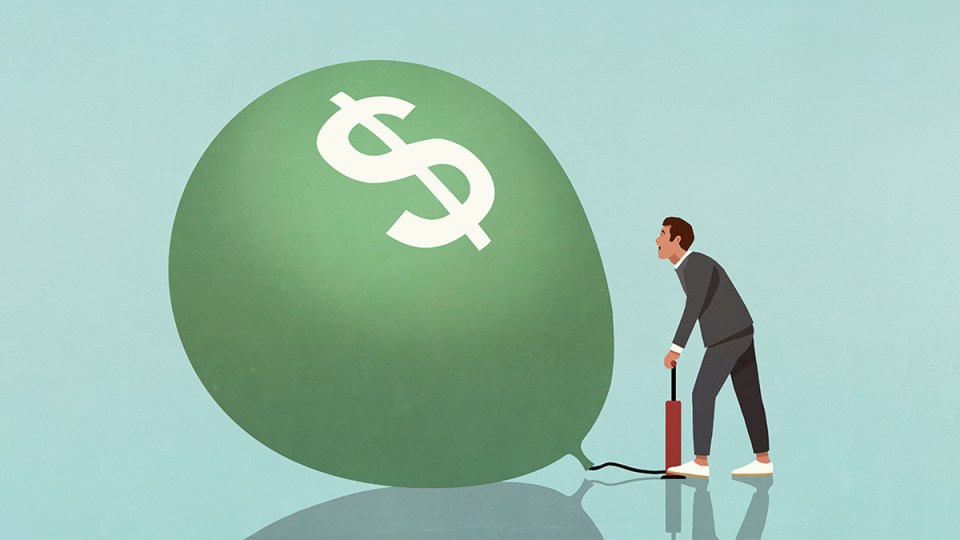 With the wonderful news of the unemployment rate officially down to 3.5 per cent still fresh, does anyone remember NAIRU – the non-accelerating inflation rate of unemployment?

In theory, it’s the lowest unemployment rate an economy can sustain without demands for higher wages triggering an outbreak of inflation.

Just a few years ago, “everyone” said it was something above 5 per cent – and they were wrong.

The fact of the matter as the Reserve Bank ramps up interest rates with the aim of slowing employment growth, increasing the unemployment rate and sending some businesses broke (that’s what “cooling” the economy means), nobody has a clue of what the NAIRU actually is until we’re past it.

But while “everyone” is sure we have indeed fallen well below the NAIRU, the only credible survey about wages expectations of which I am aware shows most people more-or-less accept that they’re going to be stiffed by higher inflation without their wages going up much at all.

For years, while economists tinkered, dithered and blathered over their models, the Melbourne Institute’s survey of consumer inflationary and wages expectations was finding workers weren’t expecting to get wage rises near the inflation rate. The workers were right and the official forecasts of wages growth were inevitably wrong.

The latest Melbourne Institute survey, released on Thursday, found that consumers expected inflation to be 6.3 per cent over the next year, but they expected their total pay to rise by only 1.3 per cent.

Let me spell that out: Average punters continue to accept that their living standards are going backwards, that they’re being stiffed by inflation being substantially higher than their wages growth and there is nothing they can do about it. On average, they don’t think the boss is open to giving a fat pay increase.

They have inflationary expectations, but not in the area that scares economists: a wage-price spiral.

A little history: In 2019, the Reserve Bank and Treasury looked out the window, realised they were wrong about the NAIRU and, to quote a Treasury technical paper published last year:

“The updated model produces estimates of the NAIRU between 4.5 and 5 per cent over the last few years immediately prior to the COVID-19 recession.”

In a somewhat confessional 2019 speech about watching the “invisibles” in the economy – “we can’t directly observe the NAIRU – we don’t know exactly where it is” – RBA assistant governor Luci Ellis as good as admitted that all the fancy modelling is only embroidery around looking out the window:

“The most basic way to infer the NAIRU is simply to observe actual unemployment, wages growth and inflation,” she said.

“For example, if wages growth is low and not picking up materially at the current unemployment rate, we infer that this rate is above the NAIRU; the NAIRU must be lower than wherever we are now.

“We have therefore gradually revised down the estimate of the prevailing NAIRU from 5¼ per cent a few years ago to 4½ per cent now.”

And, as unemployment fell below 4.5 per cent and wages inflation did not take off, the estimate has been proven wrong again.

Now, “everyone” is saying that an unemployment rate of 3.5 per cent is dangerously inflationary and we’re way below the NAIRU, so the RBA has to jack up interest rates hard and fast.

But “everyone” is still only guessing. While wages are definitely going up in some sectors suffering labour shortages, and the minimum wage and related awards have been increased by 5.2 per cent, we’re yet to see a smoking gun of a broad, unsustainable lift in pay rates locking in inflationary expectations.

“Well, we can keep asking people about their expectations, but this presupposes that the measures we have are capturing the views of the people whose decisions matter for economic outcomes.

“It also presupposes that the people we ask are telling the truth about their beliefs. And the fact that we are asking at all presupposes that people’s expectations about this outcome even matter for the decisions they make.”

That last sentence gets to the nub of my doubt about relying too much on “inflationary expectations” for smacking the economy.

To repeat a line from a column earlier this week, it is entirely reasonable for the RBA to take the opportunity to take its foot off the accelerator, to nudge the cost of money back up towards something like “neutral”, when demand is strong, the labour market tight and unemployment low. It’s another matter to be demanding the RBA smack the economy hard to increase unemployment.

Three years ago, when the RBA cut its NAIRU guess to 4.5 per cent, Dr Ellis pointed to the sorts of factors that could be keeping wages growth low despite falling unemployment – “government wages caps, changes in competitive pressures or bargaining power, increased feelings of job insecurity”.

Such factors have not been obliterated by the higher cost of fuel, crop weather damage and supply chain blockages.

And then there is the outlook for business getting what it wants in opening the door for more foreign workers to ease wages pressure.

The big question for the RBA and everyone else before hitting the monetary brake hard is in that earlier quote from Dr Ellis: Is wages growth still low and not picking up materially at the current unemployment rate?

Michael Pascoe: ‘Everyone’ was wrong about wages – and they may be again