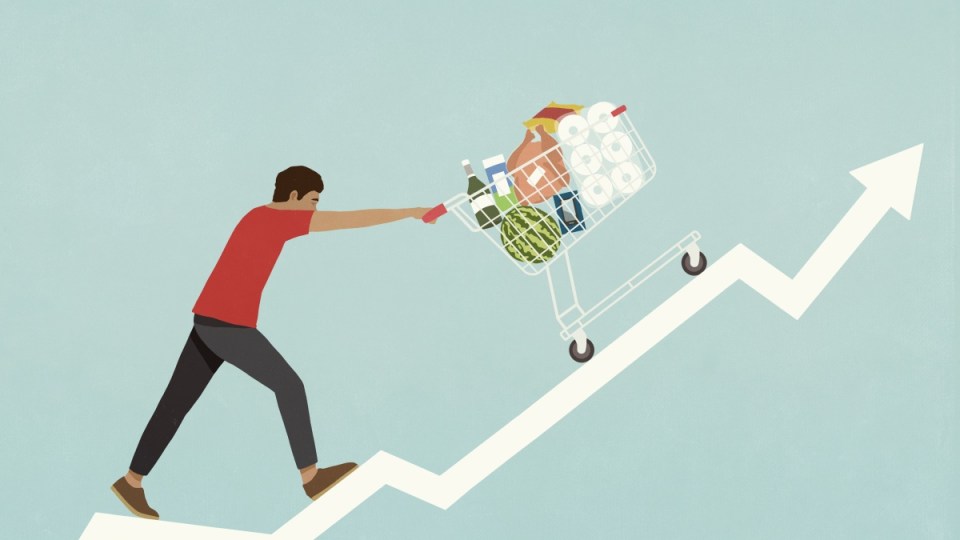 The fears about inflation may be overblown, Michael Pascoe writes. Photo: Getty
opinion

“Generals always fight the last war” – and that could be the case with the world’s inflation hawks now. It’s not a good thing.

The lived memory of “bad” inflation is more than four decades old. Which means for most people, it’s not even memory, just the passed-down doing-it-tough stories of Boomer parents about interest rates being 19 per cent when they bought their first home.

So for most of the commentariat and peanut gallery, the inflationary shock of the 1970s and early ’80s is what inflation is and, once it takes hold, can only be fixed by vicious interest rates hikes sending the economy into recession.

The following graph is a fraction out of date, not including the present 5 or 6 per cent CPI reading, but it demonstrates what an extraordinarily benign run we’ve had – and perhaps that the much-bashed RBA hasn’t done too badly with its inflation target, on average, over the past three decades. 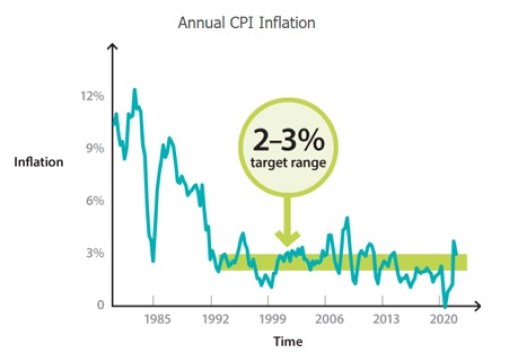 The generals fighting the last war automatically assume sharp interest rate rises are urgently required now that inflation is maybe 300 basis points above the target band – after being 200 points below only a little while ago. And that’s the Consumer Price Index, not the “underlying” inflation measures.

Cue the argument about whether the present inflationary bout is “transitory” – caused by factors that will pass through the system in time – or settling in for that fearsome beast greybeards quake before: The wage-price spiral.

The commentariat consensus at present is the latter, such commentary buoyed by the RBA itself walking away from its “transitory” line with mea culpas about needing to lift rates sooner than it had suggested.

(Cue sorrowful tales of first-home buyers lured into the market at the excessive peak of the housing cycle.)

Consensus being wrong more often than not makes an article in the Economist magazine by Brad DeLong the most interesting thing I’ve read about inflation in a long time.

The Berkeley professor and an economic policy adviser under President Clinton maintains that rare thing: Perspective. He is capable of looking back further than the last inflationary episode.

Professor DeLong counts five bouts of inflation in the US over the past century or so (or six, if you count the 1970s episode as two bouts – we’ll stick with five here).

The fifth bout is what’s happening now. The fourth was the 1970s/’80s that everyone knows about.

The first bout was the inflation of the First World War. The Fed raised interest rates too late and then by too much, causing a short, deep recession and deflation.

The second was the inflation that emerged after the Second World War – 19.7 per cent in the year to March 1947. The Fed did nothing and the inflation passed.

The third bout was in 1951 – 9.4 per cent as America geared up for the Korean War. Again the Fed did nothing and inflation passed.

For the fourth bout, Professor DeLong says the Fed dithered, its chairman too interested in maintaining a strong economy while his friend and patron Nixon ran for re-election.

“Which of these is our current situation most like?” the professor asks.

“That is because the long-term inflation expectations implicit in the bond market are still trading at their normal ‘in-the-long-run-inflation-will-be-about-2.5 per cent’ range.

“Bond traders appear to expect a little extra inflation over the next couple of years, but after that a return to what has become considered normal.

“Unless workers and managers see more inflation in the future than bond traders – something that seems unlikely to me – they have no warrant for pushing for high wage increases or thinking that they can get away with price increases ahead of a continuing inflation wave.

“So there is considerable hope (though hope is not confidence) for a soft landing.”

Professor DeLong reckons there are two risks of a hard landing.

One that this is 1920 again – when inflation would have passed on its own but the Fed tightened too much.

The second is that this is like the 1970s, so it would be important to scotch any expectations of an inflationary spiral before they are even formed.

“Turn on the news, and there is constant chatter that likens our situation to that of the 1970s, with suggestions to hedge against inflation,” he writes.

“This may reflect the tendency of social and professional media towards clickbait, but it could nonetheless shift expectations.

“There is little indication so far of such a shift in the prices of long-term bonds. Possibly it is imprudent to place too much weight on this particular harbinger alone.”

There’s another point about social and professional media that the professor misses: As well as being prone to clickbait, there is a lack of perspective.

“Most of the time I think it would be great fun to be a member of the FOMC (the Fed). Not today. The risks inherent within our current situation are immense.

“And misjudgments caused by a failure to listen to the right signals would be devastating.”

I’ll happily leave it to Australian economic historians to argue the case about our own inflationary episodes, but there’s plenty in Professor DeLong’s story that should hold the present consensus up for critical examination.

And it’s worth remembering that there are two stories about the RBA’s present tightening of monetary policy.

The obvious one, the one that is good clickbait, is that it is fighting the demon inflation, wanting to batter the economy into submission with its blunt instrument.

The other is that it is taking the opportunity when demand is strong, the labour market tight and unemployment low to take its foot off the accelerator, to nudge the cost of money back up towards something like “neutral”.

After all, the key drivers of the present inflation here won’t be materially cooled by the RBA pushing up the price of money by a couple of per cent, there remains a good chance those drivers will pass. (And let me again remind that money is still free in real terms.)

I am wary of taking consumer surveys too seriously – what people say in an annoyingly over-surveyed world and what they do are increasingly different things.

I suspect those surveyed are mainly repeating what they’ve read or heard that inflation is, rather than determinedly chasing higher wages to fight something they believe is here to stay. And for all the survey’s claimed consumer expectations in the 20-teens, it didn’t lift wages anywhere near enough to match it. 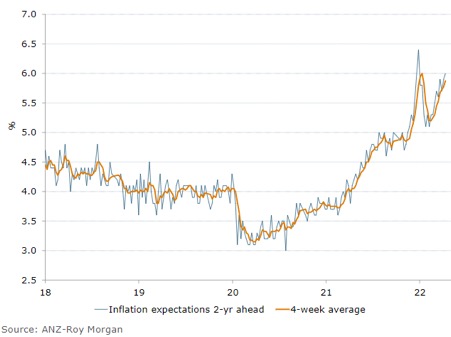 Maybe the RBA is using its only other tool now – jawboning, talking the market into believing that it will indeed hit the brakes.

And what is our 10-year bond market saying? It has retreated from last month’s high nudging 4.2 per cent to a little over 3.4 per cent – hardly the stuff of high inflationary expectations. 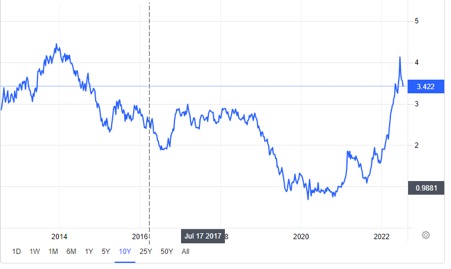 As Professor DeLong suggests, you wouldn’t want to be fighting the wrong war.

Socceroos fans snap up World Cup tickets
Penrith clinches NRL minor premiership after win over South Sydney
Three killed as hurricane-force winds and storm hit Corsica
Music legends rock NSW’s three-day Mundi Mundi Bash
Giorgio Armani, others flee homes in Sicilian island fire
Commonwealth Games swim stars ready for ‘fun’ Duel in the Pool against US
What went wrong with COVID-19 this year and what we can do about it
Today's Stories

Michael Pascoe: But what if the inflation hawks are wrong …