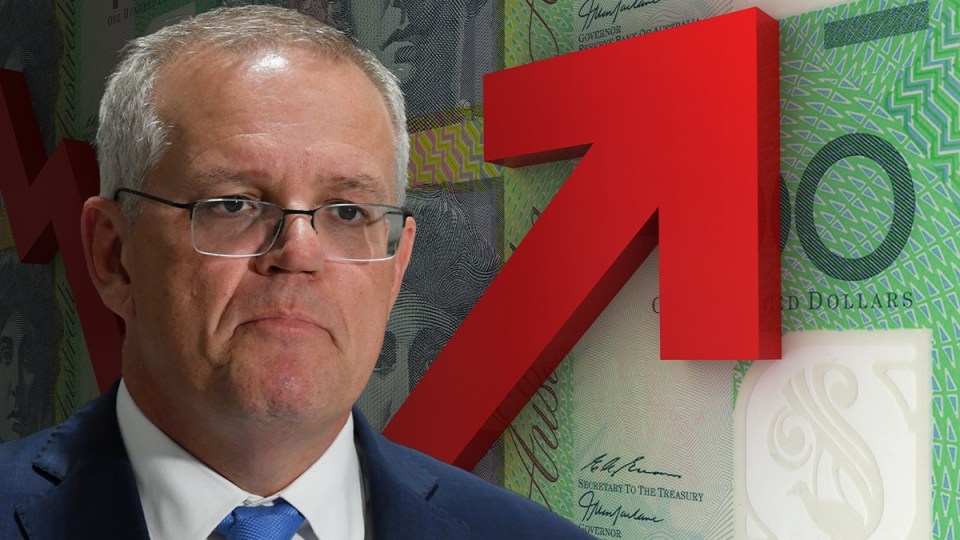 Scott Morrison left out a thorny problem when he promised lower taxes for Australians. Photo: TND

When Prime Minister Scott Morrison promised no new taxes if the Coalition was re-elected in May, he wasn’t being entirely upfront with voters.

That’s because there’s $14.8 billion in planned tax hikes over the next 15 months buried in the fine print of the government’s “guarantee” that your taxes will fall.

And every motorist will be slugged with a doubling in fuel taxes from September.

Analysis of the income tax changes by the Bankwest Curtin Economics Centre has found all households earning less than $90,000 will pay more in tax when LMITO ends, even when taking into account the effect of the Coalition’s stage-three tax cuts in 2024-25.

Except the government was careful to note that its promise only related to “new” taxes on workers, retirees and small businesses.

Nevertheless, most of these groups will be dealing with a sizeable increase in both income and petrol tax after the election, even if they vote for the Coalition.

Tax hikes on the horizon

The government has passed billions of dollars in temporary tax relief during the pandemic, and sweetened its efforts considerably in March with a $16.4 billion cost-of-living package in the federal budget.

The extra boost cost the federal budget an additional $4.1 billion, on top of the $7.8 billion that the existing LMITO already cost.

And a halving of the fuel excise for six months, at a cost of $2.9 billion, was also announced to put downward pressure on petrol prices.

But neither the federal government or the Opposition has committed to extending either the LMITO or the fuel excise cut – meaning that both income and fuel taxes will have gone up considerably by July 1.

As it stands, Australians will be slugged with an extra $14.8 billion in taxes over the next financial year, with most motorists and all households earning up to $126,000 a year set to be affected.

The government’s stage-three income tax cuts will come into effect from 2024-25.

They will lower income taxes after that point and cushion the blow for households badly affected by LMITO’s expiry on July 1.

But most of the dollar benefit of the stage-three cuts will flow to households earning more than $200,000 a year, Curtin University Professor Alan Duncan said.

Professor Duncan said someone earning $75,000 a year will pay $1500 more tax when LMITO ends and save just $750 when the stage-three tax cuts are implemented.

“It washes out as an aggregate loss,” Professor Duncan said.

Additionally, households earning less than $48,000 per year will not benefit from the stage-three tax cuts but will face higher taxes in 2022-23 when the LMITO expires.

In fact, The Australia Institute said in February that two-thirds of taxpayers earning less than $90,000 will be worse off when LMITO ends.

Meanwhile, the third of taxpayers earning more than $90,000 a year will be better off when the stage-three tax cuts kick in.

Coalition campaign headquarters didn’t address this issue when pressed by The New Daily on Monday, and failed to mention the planned hikes in its Sunday press release.

The statement cited income tax rates for the current financial year (which includes LMITO), even though it ends just one month after the federal election.

Choosing these rates make the government’s tax policies look more generous than they actually are.

And that’s not the only misleading statement in government policy documents, either.

The Coalition has also compared its income tax rates for households with incomes up to $90,000 in the 2021-22 financial year to rates under Labor’s last term in the financial year 2013-14.

This doesn’t account for Labor’s support of the Coalition’s three-staged tax plan, meaning there’s no difference between the tax rates under either party for people on $90,000 a year in 2021-22 or beyond.

Labor has said it will crack down on multinational tax avoidance if elected, but this will have no effect on the income tax paid by households regardless of their annual incomes.

The $14.8 billion in planned tax hikes the Liberal Party failed to mention