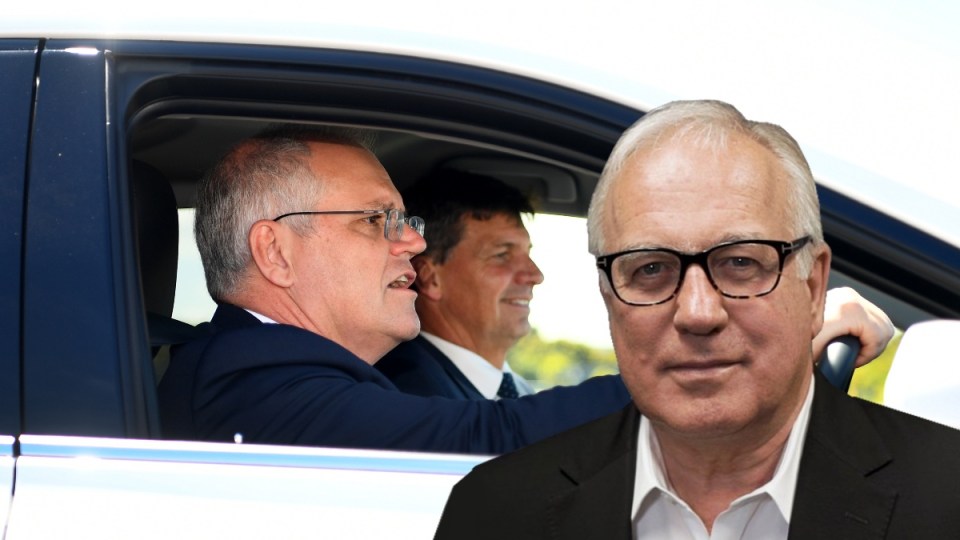 The Morrison government tolerates obviously dodgy carbon offsets because they keep the price of credits down.

And after all, global warming is a political problem rather than a real one, so the aim is not actually to reduce emissions but to appear to.

If the offset schemes were all genuine, with credits only issued to things that genuinely reduce emissions, the supply of them would shrink dramatically and the price of offsetting emissions would be a multiple of what it is now.

Despite the scams, the price of Australian carbon credit units was rising steeply this year because of demand from companies trying to do the right thing, so the Emissions Reduction Minister Angus Taylor did a complicated restructuring of the Emissions Reduction Fund that temporarily halved their price and ploughed billions of dollars into the bank accounts of the carbon financiers.

But the main way in which the government is keeping the price of ACCUs down is by allowing credits to be issued for dodgy schemes that do nothing to actually reduce emissions and instead artificially increase the supply of them.

If the offsets market had integrity and the price reflected genuine supply and current demand, it would look like a carbon tax, which the Coalition won’t have.

There are three types of agricultural offsets – forest regeneration, avoided deforestation and soil carbon – and apart from keeping the price down, the scams tend to insulate the agriculture sector from the difficult task of actually reducing emissions, another of the government’s primary goals.

This was a key part of the deal with the National Party that allowed Scott Morrison to go to Glasgow last year with a plan for net zero by 2050, or at least a cardboard cutout of one.

In truth, agriculture has a serious problem. It accounts for 17 per cent of Australia’s emissions and net zero cannot be achieved without a big reduction in farming emissions.

Planting trees, not clearing forests and increasing the carbon content of soil are the only ways that dairy, cattle and sheep farmers can offset the methane emissions of their livestock, but it only works if the schemes are genuine.

As it is, the agriculture offset schemes are hugely lucrative for a new class of intermediaries selling them to farmers, and reminiscent of the tax-driven managed investment schemes of the 1990s and 2000s that led to huge plantations of gum trees in the wrong places. It all blew up spectacularly in 2008 with billions of dollars in losses.

Farmers are now being paid from the Emissions Reduction Fund to plant trees where they won’t grow, to not clear land they were never going to clear, and for engaging in all sorts of soil carbon schemes that do nothing to offset emissions and are never properly monitored.

Professor Andrew Macintosh, former chair of the Australian Emissions Reduction Assurance Committee and now at the Institute for Climate, Energy and Disaster Solutions at ANU, told me that most of the avoided deforestation schemes in western NSW are laughable.

“Permits have been issued for five million hectares to be cleared, which is about 130 years’ worth of clearing at the current rate.”

And, he says, there are forest regeneration projects being approved in deserts.

Soil carbon mainly involves ploughing more organic material into the soil or keeping livestock off a paddock for a while to allow the grass to grow.

The problem is it’s very expensive to measure properly and Australia’s weather extremes mean that soil carbon built up through irrigation can be entirely lost in a drought.

And while credits issued for soil carbon can theoretically be clawed back if the gains are lost later, the analysis and measurement required to do that is rarely done.

In any case, farmers are cashing in their credits and spending the money.

Mark Wootton, a sheep farmer in the Western District of Victoria, told me that farmers should be using carbon credits from soil projects to make their meat products carbon-neutral, as supermarkets are starting to demand, rather than cashing them in to increase profits in the short term.

Meat & Livestock Australia has committed to make Australian red meat carbon-neutral by 2030, but Wootton says this is “80 per cent blue-sky hope, and only 20 per cent actual solutions”.

“Agriculture is in a tough spot,” he says. “We haven’t got a lot in our armoury, and all the crap dodgy schemes going on are hurting the rest of us.”

There is some hope with technology though.

A Brisbane-based startup called Carbon Asset Solutions has adapted technology developed by the US Department of Agriculture for a cheap and precise soil carbon measurement tool.

The device sits in a small trailer pulled behind a four-wheel drive and fires low-energy neutrons into the soil that excite the carbon atoms so they can be detected and measured (a video of the thing can be seen on their website here).

Currently soil carbon is measured by laboriously taking core samples of the soil and analysing them in the laboratory; Carbon Asset Solutions’ neutron gun uploads exact measurements directly to the cloud while the trailer is crossing the paddock.

The plan is for the company to issue its own externally audited carbon credits that farmers can use for cash to make their output carbon-neutral.

Chairman Ian Jones says it will be launched officially at COP27 in November this year in Egypt, and will initially be sold in the United States and Canada.

The reality is that like the MIS forestry tax schemes of the 1990s, the carbon offset scams that are swelling the supply of credits will either self-destruct or be measured out of existence.

At that point the supply of carbon credits will match the reality of what’s possible, and the legion of companies that want or need to keep burning fossil fuels while also going net zero by 2050 will have to pay the real price to offset their emissions.

Given the way that demand is exploding, the price is going to be a great deal higher than it is now, and it will be passed on to consumers.

The government needs to stop pretending it will cost nothing to stop global warming.