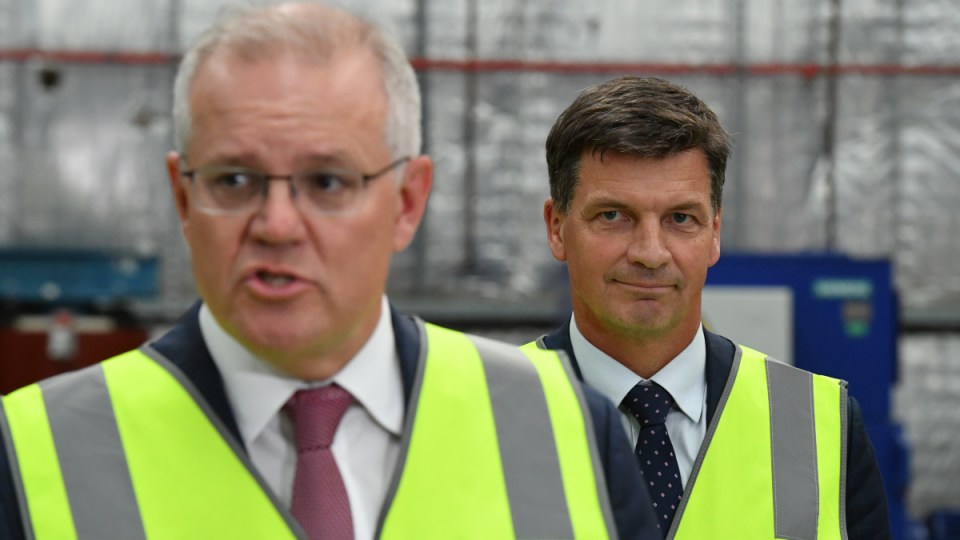 Australian climate policy involves paying companies to not do what they may not have done, writes Richard Denniss. Photo: AAP
opinion

If a tree doesn’t fall in a forest, was the climate really saved?

Sadly, such esoteric questions have become the main game in the topsy-turvy world of Australian climate policy, where rising emissions from the oil and gas industry are ‘offset’ by not chopping down trees.

The polite term for the creation of dodgy carbon credits is ‘hot air’, but what it really is, is BS.

According to the Morrison government’s greenhouse gas accounts, emissions from burning fossil fuels have risen by 7 per cent since 2005.

But because of all the ‘negative emissions’ from offsets in the so-called land sector, Australia’s ‘net emissions’ are said to be falling.

You don’t have to take my word for the central role of offsetting in Australia’s climate ambition.

According to Senator Matt Canavan: “If we had not stripped the right from farmers to develop their own land, Australia’s emissions would have gone up, not down, in the past 30 years.”

According to new research by The Australia Institute and the Australian Conservation Foundation, the Morrison government has committed to spending $310 million to buy carbon credits from landholders in Western New South Wales who promise not to clear their land.

And because the less they promise to do, the more money taxpayers give them, the landholders have promised to do a lot less.

Before the government offered landholders this largesse, they had been clearing an average of 1000 to 2500 hectares of land per year.

But according to the Clean Energy Regulator, which oversees the money handed out from the ‘Emissions Reduction Fund’, the amount of land clearing was about to soar.

Indeed, they assumed the amount of land clearing in Western NSW was about to jump to somewhere between 21,000 and 130,000 hectares per year, and stay at this level for the next 15 years.

An increase of this magnitude is implausible. It is unlikely there are enough bulldozers in Western NSW to get through even the lower bound estimate of the clearing.

And to make matters worse, since the landholders have been receiving the handouts for not clearing, the amount of clearing in the region has increased, not decreased.

There is no debate about the fact that land clearing is a significant source of carbon emissions.

The trouble with the government’s plan is it is hard to estimate how much clearing landholders were planning to do.

That’s why the actual laws that govern the issuance of carbon credits specifically require calculations to be made using methods that are ‘conservative’ and based on ‘clear and convincing evidence’.

But there’s nothing conservative about the Morrison government regulator’s assumption that land clearing was about to surge by at least 750 per cent, and by up to 12,800 per cent, in Western NSW, and they certainly haven’t provided ‘clear and convincing evidence’ to back up their forecast for the tsunami of tree clearing they say they were expecting.

Of course, it’s not just a lucky minority of landholders who are cashing in on the ERF.

Big polluters like Woodside are desperate to polish up their image by purchasing ‘carbon credits’ so they can ‘offset’ the enormous amount of carbon dioxide and methane their oil and gas production pumps into the atmosphere.

And the looser the rules for creating offsets, the cheaper and easier it is for them to claim they are ‘carbon neutral’.

The Carbon Market Institute criticised the research into the amount of taxpayer money spent buying ‘hot air’ on the basis that it would ‘undermine community confidence in nature-based climate solutions’, and that it is ‘a mug’s game to say what will happen over the next 100 years’.

Truer words have never been spoken, which is of course why the law demands that the calculation of offsets be conservative and evidence based.

But while an industry lobby group defending its industry is no surprise, what is concerning is that the Clean Energy Regulator would not just spring to the defence of the industry it is supposed to be regulating, but would throw red herrings around while they’re at it.

Under the ‘Avoided Deforestation method’ that has been used to justify handing out millions of dodgy carbon credits, the abatement is assumed to take place over a 15-year period, but, at the end of that ‘crediting period’, landholders have agreed to protect the carbon stored in the trees they didn’t bulldoze for a further 85 years.

It’s like paying someone to plant trees for 15 years on the condition that, when they finish planting them, they won’t just chop them straight down and sell them for firewood.

The assumption that the trees would be cleared over 15 years underpins the whole method and is relied on in The Australia Institute and Australian Conservation Foundation’s analysis.

The fact the method is based on this assumption should not be controversial: It is detailed in the method, the explanatory statement to the method, and the regulator’s own guidance on the method.

Despite this, the Morrison government’s regulator was as quick as the industry lobbyists to claim that no such assumption exists.

According to the regulator, the method assumes the clearing would occur at some point over the next 100 years. It is unclear if the regulator doesn’t understand its own rules, or simply hopes nobody else does.

According to a senior executive of an ASX company quoted in the AFR, even though the market for offsets is explicitly regulated by the federal government, there are carbon credits for sale in Australia that reputable businesses “won’t touch with a barge pole”.

Due to the failure of the regulator to provide integrity, private companies are spending significant amounts of money on ‘due diligence’ for each offset they buy to distinguish between hot air and genuine abatement.

As The Australia Institute’s Richie Merzian has said, it’s like expecting people to hold each $10 note up to the light to check it’s not counterfeit.

Handing out cheques to people so they don’t do things they were never going to do is obviously problematic – for starters, it borders on fraud.

Beyond the sleight of hand, the biggest issue with Australia’s approach to emission reductions is that it’s just not working.

Actual emissions from electricity, industry and transport are rising steadily in Australia while they are falling rapidly in the UK, the US and the EU.

Storing more carbon in our landscape is a good way to augment efforts to burn fewer fossil fuels, but for many of the offsets being sold in Australia there is more carbon sequestered in the paper the regulator shuffles around than there is in the ‘avoided deforestation’ that has occurred.

You can’t blame polluters like Woodside for wanting to buy the cheapest offsets the government will certify, and you can’t blame their lobbyists for trying to defend them, but we must blame the Morrison government for overseeing a system in which taxpayer and shareholder money is being wasted on hot air.

Richard Denniss: Australia’s carbon credits are a joke. Taxpayer money is being wasted on ‘hot air’