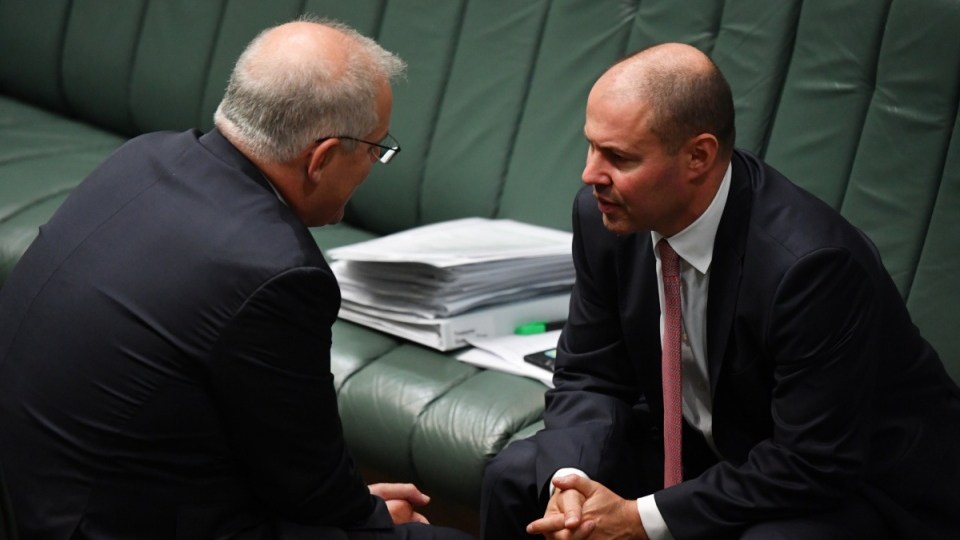 The government must ensure the budget does not make inflation worse, economists say.

Higher support payments to low-income households and a boost to the nation’s unemployment benefit are among the top policies being advanced by leading economists to alleviate Australia’s cost-of-living pressures.

The Morrison government is understood to be considering an extension of the $8 billion low-and-middle-income tax offset for workers earning up to $126,000 per year, with The Australian reporting on Wednesday that the cabinet is preparing a new package to help with the rising cost of living.

But economists warned that extending this tax offset was a form of “reckless” spending that could cause more harm than good, as too much government spending could speed up the price increases already squeezing household budgets.

“You don’t want fiscal policy to be reckless … the days of just spending to support the economy without flow-on effects [to inflation] are over.”

“It’s low-income households and those on fixed incomes who are most impacted by rising inflation,” she said.

“We should be avoiding broad-based large-scale measures and really focusing on the extent to which specific households need support.”

The Reserve Bank has attributed the rising cost of living to surging demand for goods after lockdown; global supply chain issues caused by the pandemic; and, more recently, the war in Ukraine pushing up oil prices.

In board meeting minutes published on Tuesday, the RBA said that a recent spike in petrol prices, in particular, will drive inflation upwards and economic growth downwards.

It risks creating an “inflation psychology” among households that may lead to even higher price increases, according to RBA governor Philip Lowe.

Headline inflation was 3.5 per cent across Australia over the December quarter but is expected to have picked up further over the three months to March, despite already running ahead of wages growth.

“In year-ended terms, underlying inflation was expected to increase further over coming quarters before moderating as supply problems are resolved,” the RBA board said in minutes published on Tuesday.

“However, the war in Ukraine and the associated increase in energy prices had created additional uncertainty about the inflation outlook.”

University of New South Wales economics professor Richard Holden said this inflation outlook has created a “political imperative” in Canberra to help workers deal with new cost-of-living issues ahead of the next federal election in May.

“When people are writing headlines about how terrible it is all the time that can become a self-fulfilling prophecy for higher inflation,” he said.

“The risks are balanced in such a way that doing something in the budget is reasonable.”

But how the government decides to deliver support is just as important as whether it does.

Budget must be targeted

Dr Jackson and Professor Holden both agreed the best way to minimise the risk of fuelling inflation is for the government to closely target its cost-of-living package at Australia’s most vulnerable households.

This could involve increasing the base rate of the nation’s unemployment benefit, JobSeeker, which is currently sitting below the poverty line.

“It’s out of whack and the cost-of-living issues would give them political cover to address it.”

But although Dr Jackson supports a higher JobSeeker rate, she said such a move would be insufficient alone to address the budget pressures facing lower-income households.

The government should also consider targeting additional payments to households on the energy supplement or family tax benefit, she said.

“It would be really targeted at those lower-income households,” Dr Jackson said.

The LMITO was created in 2018-2019 federal budget and is effectively an $8 billion tax break for more than 10 million Australians.

But Dr Jackson doesn’t support extending it, warning that such a move falls into the category of more dangerous government spending.

About 60 per cent of the benefits of LMITO go to the top 40 per cent of households measured by annual income, Dr Jackson explained.

“It’s got a significant cost at $8 billion too – that would really add to demand in the economy,” Dr Jackson said.

“In terms of bang for buck, it wouldn’t provide that targeted support to households.”