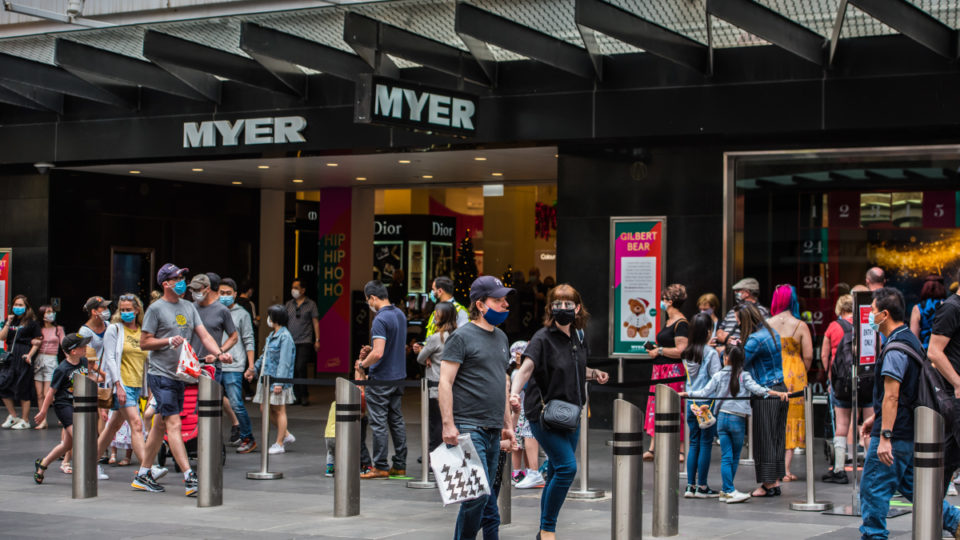 A bevvy of big retailers have been accused of failing to disclose key details about their supply chains. Photo: AAP

Australian favourites Myer, Just Jeans and Peter Alexander have been named and shamed in a new list of “naughty or nice” brands for failing to spill the beans on where and how their clothes are made.

Anti-poverty group Oxfam says some of Australia’s largest retailers are still failing to walk the talk when it comes to exploitation in their global supply chains, with some failing to ensure workers are paid a living wage.

“Sunlight is the best disinfectant, which is why transparency around issues of power, whether business or politics, is so important,” Ms Morgain said.

“Three major clothing companies in Australia – Lorna Jane, Myer and The Just Group – have failed to take the basic step of publishing key information about where they manufacture their clothes.” 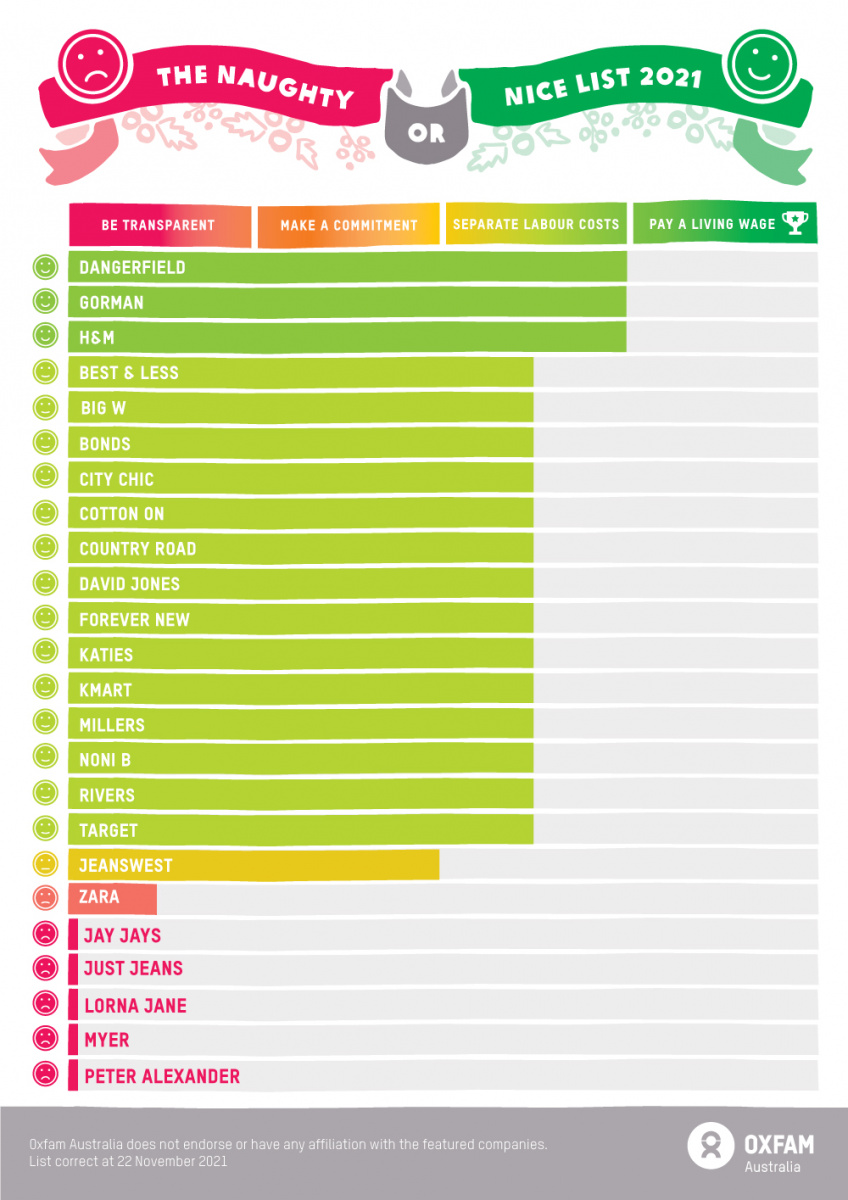 Some retailers have taken steps to ensure workers making their clothes are paid enough to afford basic necessities over the past year, including H&M, City Chic, Bonds, Cotton On, Forever New and department store David Jones.

These retailers have backed up their commitments to pay a living wage to workers, which allows them to cover basics like food, housing, transport, education and clothing, Ms Morgain said.

Mosaic Brands, owner of the Katies, Rivers and Noni B chains, made a “huge jump” from last year after making a living wage pledge, she said.

“It’s outstanding to watch the way brands have come to the party,” Ms Morgain said.

“Many have made the commitment and then followed through.”

Oxfam said the brands on its naughty list have failed to disclose up-to-date lists on all the factories where their products are made and are not forthcoming about the labour costs in their supply contracts.

Ms Morgain said this is a crucial step, because without transparency it is impossible for advocates or shoppers to know whether workers are actually paid a living wage – irrespective of what companies profess.

Lorna Jane has said it does ensure workers are paid a living wage.

In a statement to The New Daily, the company said it reports on its practices through the federal government’s modern slavery act requirements, and so did not co-operate with Oxfam’s investigation.

The federal government introduced rules requiring companies with more than $1 billion in annual turnover to submit annual reports on modern slavery in their supply chains in 2018.

“We are focused on continuous improvement and investment in our ethical sourcing program. This includes a commitment to a living wage for all involved in the manufacture of our products,” a spokesperson said.

“We have also adopted a Modern Slavery Statement as part of our compliance with the Australian government regulations. This is our primary reporting method, hence our absence from the Oxfam review.”

Premier Investments – owner of Peter Alexander, Just Jeans and Jay Jays – requires its suppliers to pay the legal minimum wage in the countries in which they operate, according to its modern slavery report.

Premier said it ensures wages are “sufficient to meet basic needs and to provide discretionary income”, but stipulated this was for full-time staff.

Where minimum wage laws exist, they are often below a living wage, meaning workers struggle to pay for essentials.

The minimum wage for garment workers in Bangladesh, where Premier has an office, is equivalent to $85 a month – a living wage, measured by the global living wage coalition, would be equivalent to $349 a month.

Myer was also listed on the naughty list for failing to provide a full list of the factories from which its products are sourced.

In its latest modern slavery statement, the department store said its private label clothes come from more than 400 factories in 17 separate countries, including Bangladesh.

Myer makes no mention of a living wage in its modern slavery report.

Oxfam said this isn’t surprising, as a living wage isn’t captured by the modern slavery reporting regime in Australia.