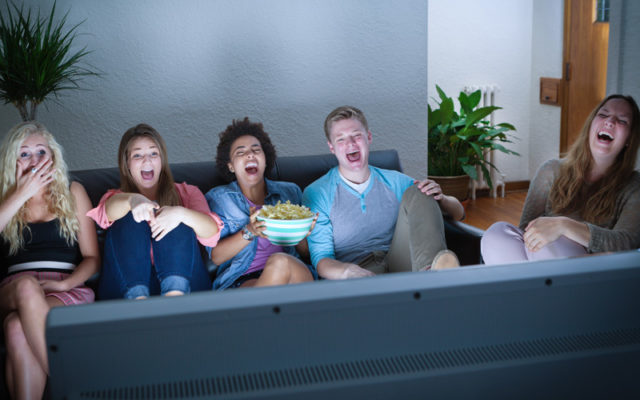 Younger viewers are demanding to watch according to their personal schedules. Photo: Getty

The new reality was highlighted by Nine CEO Mike Sneesby when he reported the company’s recent performance at its AGM on Thursday.

“Nine’s first-half TV revenue is expected to be up more than 6 per cent on the same half last year,” Mr Sneesby said.

For the first quarter it was up “almost 20 per cent”, he continued.

It means revenues are now tracking ahead of where they were prior to the COVID hit, which decimated TV profits.

Chris Walton, director of media buyers agency Nunn Media, said the TV industry is doing better than it has in decades.

“You’ve got to go back almost 20 years to find as robust a time,” he said.

Advertisers are chasing spaces on top performing programming like the NRL, The Block and Married at First Sight – and they are now prepared to pay a bit more than they were just a year ago.

Mr Walton said advertising money is coming back into the market after lockdowns in NSW and Victoria, 94 per cent of which is going to either TV or digital.

Both traditional free to air TV stations and their digital catchup services, like 9Now, are raking in all this advertising cash.

But the money is flowing differently than before the COVID-19 crash.

“While the advertising spend is similar to what it was pre-COVID, the shape at which is coming back is quite different,” Mr Walton said. 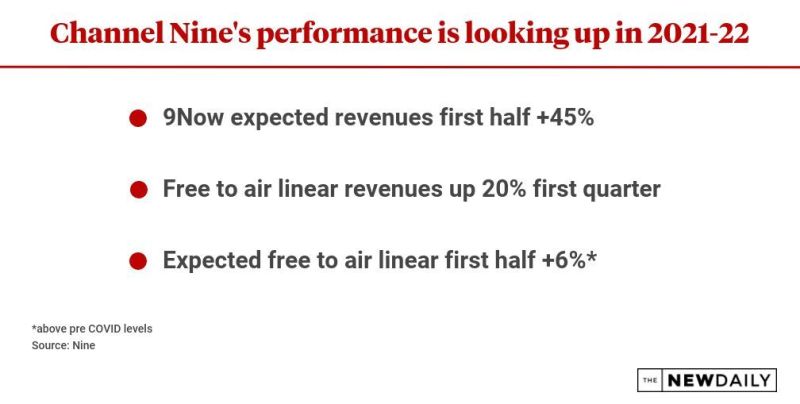 As the table above demonstrates, revenues flowing to broadcast video on demand (BVOD) channel 9Now is expected to grow 45 per cent in the first half.

Figures from Think TV show total viewing hours for BVOD rose from 545.7 million in the first half of 2020 to 574.7 billion in the same period a year later.

All that means BVOD will increasingly take up the TV ad dollar.

But it will still lag well behind free to air, as the below graph shows. 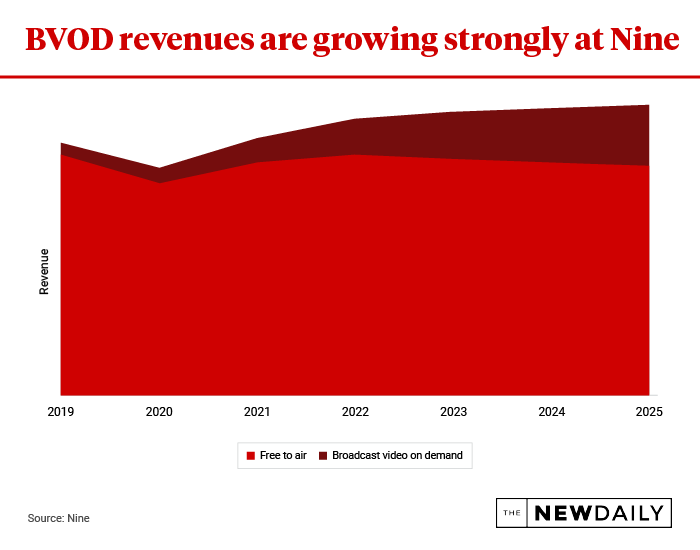 “We are continuing to see it go from strength to strength,” she said.

The BVOD audience is also very fractured because people can choose from a huge library of content held by the channels.

“It [the BVOD audience] growing exponentially, and that is in turn increasing the overall television audience,” Ms Portrate said.

Why you see repeat ads online

As a result TV stations and advertisers have adopted a new strategy known as broadcast first, Ms Portrate said.

“You might pick up a certain audience on the night a program goes to air and pick up other viewers on BVOD over time,” she said.

That fact puts TV stations in a difficult situation because ads on catch-up channels are sold with the promise of a certain audience in mind.

Basically, TV stations are required to find other spots in their schedules to deliver the number of viewers promised to advertisers.

It’s part of the reason why you see so many ads repeated on streaming services – you could be part of the audience making up the ad numbers.

Mr Walton said that can “be a bit annoying” for streaming audiences.

It’s something that happens much more rarely on traditional TV stations.

The two advertising streams “are a bit of a parallel universe”, Mr Walton said.

Despite Nine’s strong performance, it still rates number two in the TV marketplace, with 24.7 per cent of viewers.

Market leader is Seven with 27.3 per cent followed by 10 with 19.5 per cent over the most recent month.

The troubled print media sector is also starting to improve, with Nine saying they expected pre-tax earnings for that part of its business to come in at $40 to $45 million compared to an earlier estimate of $30 to $40 million.

Those figures would be boosted by payments from Google and Facebook, the company said.