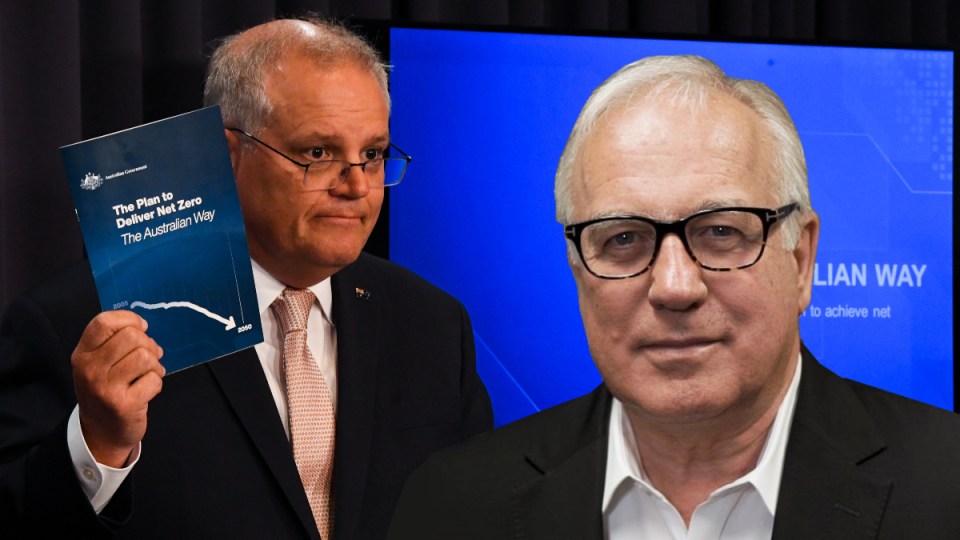 The money market and the carbon market are saying the same thing: The authorities are wrong about interest rates and the cost of dealing with climate change.

In the case of interest rates, the Reserve Bank’s ideas are being given a pitiless interrogation by the market.

And with the Australian carbon market, such as it is, it is McKinsey and Co’s modelling, on which the Morrison government’s net-zero plan is based, that is under attack within days of its publication.

The basis of the government’s “technology, not taxes” slogan is that the Australian carbon price will be $25 in 2050 – otherwise it’s a tax, not technology.

That’s the price that McKinsey estimated for 2050 in the 130-page document that Prime Minister Scott Morrison has taken as his offering to Glasgow.

Last week, the spot price of Australian Carbon Credit Units (ACCUs) went to a record high of $35.50 per tonne, up $4 in a fortnight.

The buying and selling of ACCUs is what passes for an emissions trading scheme in Australia, although it isn’t anything of the sort, of course, thanks to the Coalition’s repeal of the proper ETS in 2014.

They are officially auctioned by the Clean Energy Regulator every few months, but there’s also a daily spot market where companies and speculators trade them.

In the government’s net-zero plan, the $25 price is called a “voluntary incentive”, to avoid using the term “carbon price”, which is a phrase Tony Abbott cynically turned into a synonym for “tax” and therefore can’t be used by politicians any more.

In any case, the market price is now more than $10 above what McKinsey says it will be in 2050, so it’s pretty much a tax already.

To be fair to McKinsey, it’s not really a 29-year forecast of the carbon price, but rather what its client needed to make the sums add up and the plan work, sort of, so they started with the answer and worked backwards.

The current ACCU spot price is also one of the highest prices among the 21 emissions trading schemes now in existence around the world (eight of them are still pilot schemes).

Meanwhile, the yield on April 2024 government bonds spiked to 0.55 per cent on Thursday, which was a momentous event for interest rates and for the housing market in Australia.

That maturity is the bond the Reserve Bank has been buying to keep the yield at 0.1 per cent, the same as the cash rate, as part of the monetary stimulus to deal with the pandemic, and doing it very successfully … until Thursday.

On Thursday, a day after the ABS revealed that core inflation was 2.1 per cent – above the RBA’s target for the first time in six years – speculators rushed the market and sold far more April 2024 bonds than the RBA was interested in buying, so the yield went to 0.55 per cent.

On Friday, as 11.15am approached (that’s the time the RBA announces its bond-buying intentions each day), the market was agog.

Will it go into the market and defend 0.1 per cent? Or will it give up?

Some are comparing it with the 1992 attack on the pound by speculators led by George Soros, which forced the Bank of England to “let the pound go”, that is, to give up defending it, defeated. Soros made billions.

But there’s a big difference: In 1992, the Bank of England was using its foreign exchange reserves, and they just ran out. In 2021, the RBA is printing money, so the supply is unlimited.

That means a decision has been made that it’s no longer necessary to hold the three-year interest rate at 0.1 per cent. Fixed mortgage rates are on the rise.

It means one of three pillars of pandemic monetary policy has collapsed, crushed under an assault from bond speculators who believe the RBA is wrong about inflation and the timing of interest rates.

That view is also being expressed in the cash rate futures market.

Here’s a chart of where cash rate futures pricing finished up on Friday:

Higher mortgage rates on the way

Assuming the first rate hike is 0.15 per cent – to get it back to the normal 0.25 percentage-point increments – the market is saying it will happen in May next year.

As recently as last week, the RBA has been saying it won’t happen until 2024, because that’s when it believes inflation will be “sustainably” within its 2 to 3 per cent target band.

“Wrong,” says the market, “it’s already in it, sustainably”.

Economists, who are more guarded than money market speculators, are mostly saying the first hike will be around November next year, not May, but they also think the RBA will signal a tightening of monetary policy on Tuesday, after its Melbourne Cup Day board meeting.

That is a statement of the bleeding obvious, in my view.

At the very least, the RBA will have to acknowledge that it’s given up keeping the three-year bond yield to 0.1 per cent.

I’d say it will also crab-walk the statement about the first rate hike happening in 2024 back to 2023, but they’re a stubborn lot at Martin Place, so we’ll see.

It should be noted that market speculators aren’t always right, far from it.

But if they are in these cases, then in both the carbon and money markets we are entering uncharted waters.

The housing boom is about to peak and roll over as interest rates rise and APRA clamps down on risky lending.

And Australia’s greenhouse gas-emitting businesses will be paying more for their offsets than they expect. A tax, if you will.

So two taxes are coming – higher interest rates and a price on carbon.

In each case it is the invoice for past excesses, and there is nothing the government can do about it.