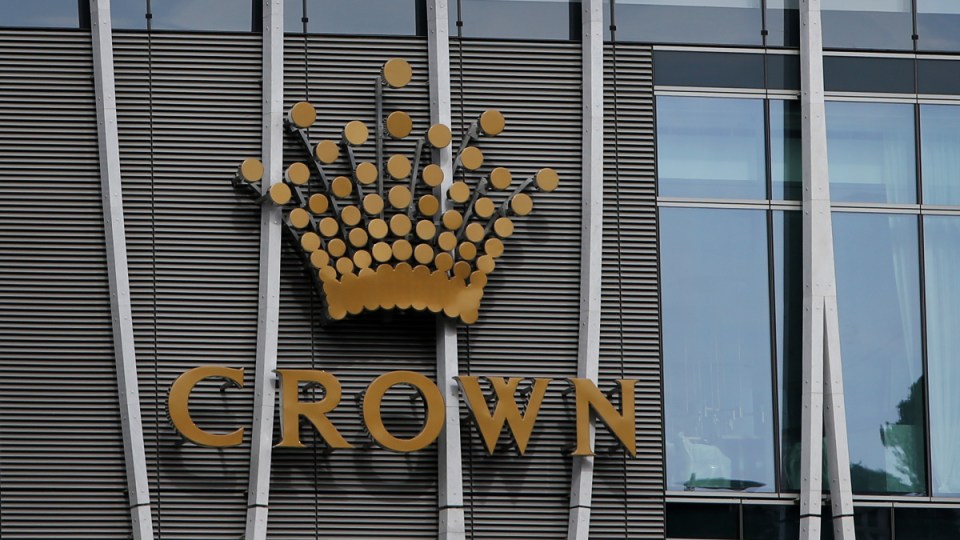 Crown has paid $125 million to settle a class action lawsuit from thousands of shareholders. Photo: Getty

The legal action was launched by law firm Maurice Blackburn after the company’s share price fell by almost 14 per cent on October 17, 2016.

The loss of value followed confirmation 19 Crown employees had been detained in China on suspicion of engaging in illegal marketing of VIP gaming services.

“Crown’s alleged failures in our case were part of what has become one of the most serious and comprehensive breakdowns in corporate governance in Australian history,” Mr Donelly said on Friday.

Crown said the settlement included costs and was made “without admission of liability”.

The 19 Crown employees ended up pleading guilty to gambling offences contrary to Chinese law and were convicted by the Baoshan District Court in June 2017.

The class action was launched in December that year, and sought to show Crown breached its disclosure obligations over the developments in China.

It alleged Crown knew its employees were acting illegally in China, were subject to a Chinese government crackdown and that Crown conducted countersurveillance activities, including using code words on telephone calls, removing logos from its private jets and misleading Chinese authorities.

Crown said while it expected to recover a significant portion of the $125 million settlement from its insurers, it could not yet be certain about the outcome.

“Crown’s board of directors determined that the agreement to settle the proceeding was a commercial decision made in the best interests of Crown and its shareholder,” the company told the Australian Securities Exchange.