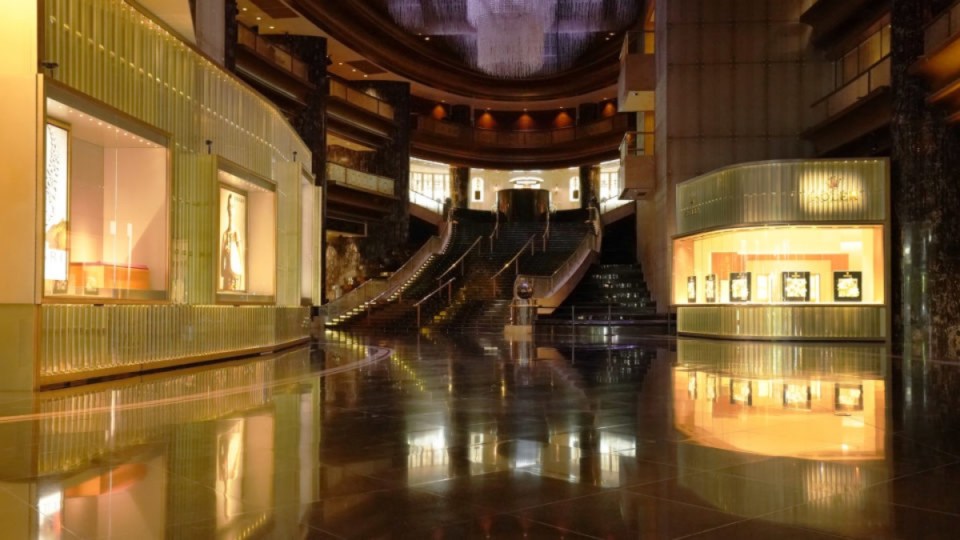 Failure of regulation, and the politics that sit behind it, made the Crown Melbourne debacle possible, and perhaps inevitable. Photo: AAP

The report of Victoria’s Royal Commission into Melbourne’s casino has been made public.

It has found the behaviour of the casino’s operator, Crown Resorts to be “disgraceful”, with practices that have been “variously illegal, dishonest, unethical and exploitative”.

But royal commissioner Ray Finkelstein has also decided the economic effects of Crown losing its licence, the impact on innocent parties, and the company’s belated attempts at rehabilitation mean it should keep its casino licence – at least for now.

The Victorian government has accepted this recommendation.

It will appoint a “special manager” – Stephen O’Bryan QC, a former commissioner with the state’s anti-corruption commission – to oversee the casino’s operations over the next two years.

After two years O’Bryan will prepare a report for the new gambling regulator the Victorian government will establish in response to the deficiencies identified with the Victorian Commission for Gambling and Liquor Regulation.

The new beefed-up regulator, to be known as the Victorian Gambling and Casino Control Commission, will then decide if Crown keeps its licence.

The government has also announced it will repeal provisions enabling Crown to be compensated for any regulatory changes affecting its business. It will also increase the maximum penalty for breaches of the Casino Control Act from $1 million to $100 million.

This is all good. But all these things should, of course, have been in place far earlier.

It is the failure of regulation, and the politics that sit behind it, that made the Crown Melbourne debacle possible, and perhaps inevitable.

As with other gambling businesses, Crown’s political influence has been significant, and a key feature of its business model.

Politically and socially well-connected directors and staff were recruited, clearly with an eye to their ability to influence governments.

Their aim, it seems, was to make Crown too big to be regulated. They seem to have succeeded.

Recommendations kicked down the road

Beyond the government’s headline announcements, some of Commissioner Finkelstein’s key recommendations have been kicked down the road – until next year, at least.

These include those addressing money laundering, and changes to the operator’s structure.

The latter relate to reductions in maximum shareholdings, and the independence of the board and senior management.

Also deferred is any response to the recommendations focused on gambling harm prevention and minimisation.

Many in favour of gambling reform will be encouraged by Finkelstein’s focus on these.

The government says it accepts all his recommendations, but exactly how it will act on them requires “further detailed analysis and consultation”.

Finkelstein focused on the harms of gambling, finding that:

Crown Melbourne had for years held itself out as having a world’s best approach to problem gambling. Nothing can be further from the truth.

They include implementing a comprehensive pre-commitment system, requiring gamblers to establish accounts and set limits of time and money.

This would establish an effective self-exclusion system for the first time, in which those struggling with gambling would be able to ban themselves from gambling without the possibility of easily revoking that arrangement.

Australia’s Productivity Commission recommended a pre-commitment system in its 2010 report on gambling.

The Gillard government was set to implement that recommendation, but ClubsNSW spearheaded a successful campaign to sink the plan.

The gambling lobby will no doubt be keenly interested in how the Victorian government responds to Finkelstein’s recommendation, which goes further than the Productivity Commission by recommending a default loss limit and regulated breaks in use.

Finkelstein’s report recommends the casino also have “a duty to take all reasonable steps to prevent and minimise harm from gambling”.

This effectively reverses the “responsible gambling” discourse which puts the onus on gamblers – and arguably blames them for harming themselves. Such a change, if well implemented, has the potential to finally make harm prevention a high priority in gaming regulation.

The report also recommends that casino data be made available for proper research purposes.

It points out the importance, and difficulty, of obtaining such data.

Without it, evaluating the casino’s personal and social impacts is virtually impossible. This too would be a big step forward in harm prevention and reduction efforts.

It could also help with anti money-laundering endeavours.

A blueprint for wider regulation

Assuming its board and executives have the nous to clean up the business to the necessary standard, Crown Resorts will get to keep its Melbourne casino.

This will shock many, given what has transpired.

Political will is needed.

The outcome may be that a powerful and harmful gambling business is cleaned up. Or the situation may revert to business as usual – the default position for gambling regulation.

This depends on what the Victorian government does with the recommendations on which it has postponed action.

Most of the money Victorians (and Australians) gamble away is through poker machines in local clubs and pubs.

The Finkelstein royal commission has provided an important blueprint to tackle that gambling harm, too.

The Victorian government could lead the way by extending Finkelstein’s recommendations to all gambling businesses. No business, or sector, should be too big to be regulated.