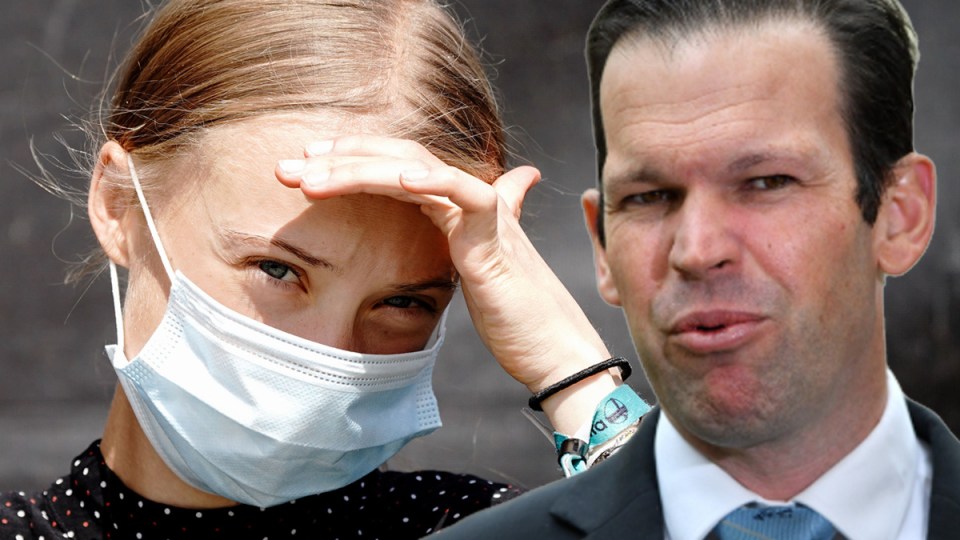 Senator Canavan has outed himself as an unlikely supporter of a key message in Ms Thunberg’s Youth4Climate summit keynote last week, in which she slammed world leaders for “blah, blah, blah” climate pledges.

“This is all we hear from our so-called leaders, words that sound great but so far have led to no action,” Ms Thunberg told an audience in Milan.

“Our hopes and dreams drown in their empty words … they’ve now had 30 years of blah, blah, blah – where has that led us?”

Senator Canavan, who has long opposed stronger action on climate change and has previously said Ms Thunberg is out to “upend society”, told The New Daily on Thursday that “she [Greta] is right”.

“Governments who have signed up to net zero are doing absolutely nothing except talk,” he said.

“They’re getting away with it.”

That’s about where the common ground ends, though.

“I’m in the Greta Thunberg camp here. This is all just a massive distraction,” he said.

“If they [governments] actually believed the rhetoric about the world blowing up and all this stuff, you would do a lot more than signing up to net-zero.”

Senator Canavan’s comments come as Australia is labelled a pariah on the world stage over emissions targets, even as scientists warn the world already faces irreversible environmental damage and economists predict the damage to the local economy could top $4.3 trillion by 2070.

Samoan Prime Minister Fiame Naomi Mata’afa said on Wednesday that Australia must unveil more ambitious 2030 targets, warning Glasgow may be a “point of no return” for efforts to avoid “catastrophic” warming.

Prime Minister Scott Morrison is negotiating with the Nationals on a net- zero by 2050 pledge ahead of UN climate talks in Glasgow later this month.

On Thursday, Resources Minister Keith Pitt – a Nationals MP – demanded Mr Morrison support plans for a $250 billion loan fund for miners if he wanted the Nationals to support stronger climate action before Glasgow.

Mr Pitt told the Australia Financial Review that the agriculture and resources sector should also be excluded from making any sacrifices to hit net-zero.

The Nationals’ latest demand would force the government to step in as a lender of last resort for coal mining projects that the market no longer wants to fund as the world shifts away from fossil fuels.

Nationals leader and Deputy Prime Minister Barnaby Joyce told the ABC on Thursday that he was “sympathetic” to Mr Pitt’s proposal.

Senator Canavan also gave it his backing – and said he would continue to oppose any policies aimed at net-zero carbon emissions.

“If we pay a price to avoid multinational banks running our country, let’s go for it.”