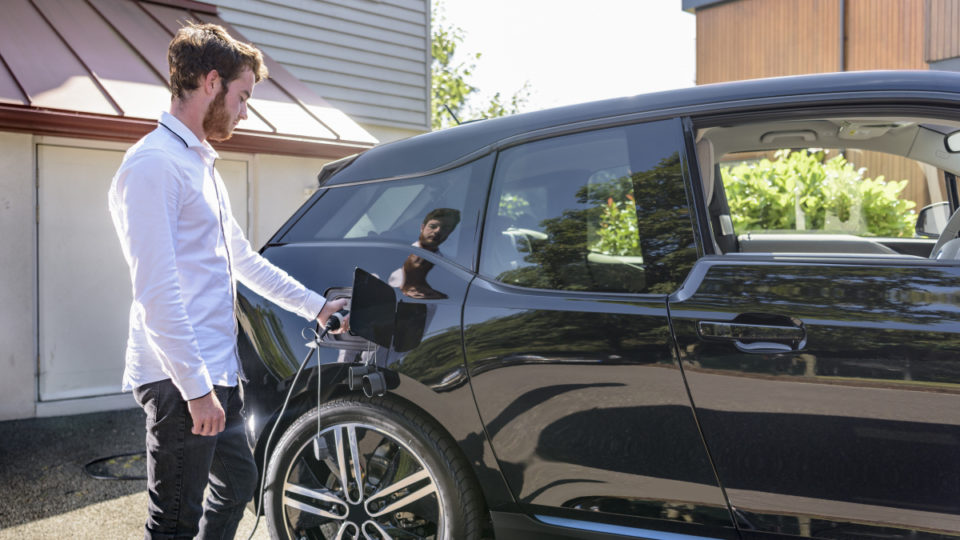 Australians are being urged to go electric next time they buy a new appliance or vehicle, with new research revealing households will soon save about $5000 a year by doing their bit to decarbonise the nation.

Switching to electric vehicles, stovetops and heaters will soon be far cheaper than staying with fossil fuels, according to a study published on Monday night by Saul Griffith, an Australian-born scientist and inventor.

Dr Griffith, an adviser to US President Joe Biden on the green transition, has found Australia could save $40 billion a year by 2030 if all residents moved to electric appliances and vehicles – or about $5000 per house.

Electrifying the nation would also play a vital role in reducing emissions, with an estimated 42 per cent of Australia’s carbon footprint coming from domestic uses.

“And just like COVID – it pays to go hard and go early.”

The research comes as Prime Minister Scott Morrison fights to lock in a target of net-zero emissions by 2050 before the Glasgow climate summit in less than four weeks.

As TND reported on Monday, Australia could lose $3.4 trillion by 2070 if Glasgow is a failure and the world fails to drastically curb emissions.

Dr Griffith said a 2050 emissions target would not deliver a world with less than two degrees Celsius of warming, and warned Australia must do more.

“We can prove the economics – we are the luckiest county.

“We have the cheapest solar and a functioning government.”

Australian households also have a role to play and can save money too.

Although the upfront costs of switching from fossil fuel appliances to electric ones are estimated to be more than $10,000 in 2022, they are expected to fall to just $2200 by 2030.

Dr Griffith said Australians don’t need to throw out their kitchens or cars right now – instead, Australians should go electric when stuff breaks.

“We’re then on the right track and we’re not locking in another 15 years of natural gas [and petrol],” he said.

Electric technologies will cost less to run than their fossil fuel-powered counterparts from 2024 and will create significant savings for each year beyond that point, Dr Griffith’s research found.

The savings are even higher for households that have rooftop solar because they are able to generate cheaper electricity than those without.

Switching to electric vehicles accounts for most of the savings identified in the report, with separate research from BloombergNEF suggesting EVs will be up to 20 per cent cheaper than combustion cars by 2030.

There will be a “big transition point” about 2023-24 when EVs will become cheaper to buy than new combustion cars, Dr Griffith said.

“We need to be making policy now to make it easy to finance,” he said.

Switching from gas to electric heating could also save households up to $1.50 per day, while electric stovetops could save us $65 every year.

He said Australia became a leader in rooftop solar by subsidising the upfront cost of installation and that the same could be done with EVs.

“Australia was pretty slow compared to America in adopting the COVID vaccine and now we’re ahead of America,” he said.

“We’re a smaller nation, more cohesive and less culturally divided – we could catch up very quickly [on EVs], overtake and show the world how to do it.”