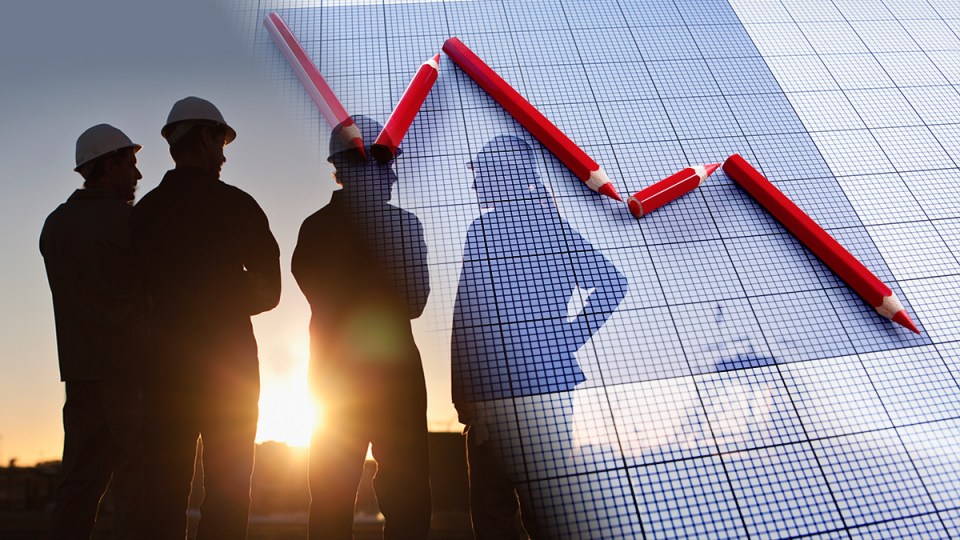 Effective unemployment has spiked amid lockdowns in NSW and Victoria. Photo: TND

An estimated 146,000 people lost work in August as Australia’s double-dip recession deepened amid lockdowns in New South Wales and Victoria.

Hundreds of thousands of workers have dropped out of the jobs market in the past two months after being stood down or laid off by their bosses.

The ABS published data on Thursday showing effective unemployment has almost doubled to 10.3 per cent between May and August.

Many jobless workers are now unable or unwilling to look for new work amid surging COVID-19 cases, with the participation rate falling from a record high in March (66.3 per cent) to 65.2 per cent in August – lower than before the pandemic.

“That pain will continue until both Sydney and Melbourne are able to ease restrictions.”

Economists now fear the worst is yet to come after the Reserve Bank predicted the Delta variant had pushed back the economic recovery by 12 months.

Falls in employment and participation in August were most keenly felt in NSW, where 173,000 people lost jobs and hours worked fell by 6.5 per cent.

BIS Oxford chief economist Sarah Hunter said the NSW data demonstrated how lockdowns had ravaged the labour market, with many people who lost jobs in July and August now unable to look for new work.

“If you worked in a restaurant and you haven’t got any hours there now, it’s pretty unlikely you’re going to pick up hours working in another restaurant,” Dr Hunter told The New Daily.

She said workers should brace for another big fall in employment and the participation rate next month, as the current data doesn’t capture the full brunt of Victoria’s ongoing lockdown.

“It will definitely be worse again when we get September data,” she said.

Taken together, the three months of July, August and September are likely to reveal the full brunt of Delta outbreaks, with hundreds of thousands of job losses expected over that time.

Economists continue to stress that headline unemployment, which fell to 4.5 per cent in August, offers a misleading picture of the jobs market.

That’s because it fails to count the 168,000 people who fell out of the labour force in August and also does not include Australians working zero hours.

The number of Australians working no hours for economic or other reasons skyrocketed 60 per cent in August to 622,000 people – the highest since April 2020.

Mr Eslake said NSW and Victoria are in an effective recession that will deepen into September.

That month’s data will capture the brunt of job losses in Victoria and the ongoing effects of a larger COVID outbreak in NSW.

Notwithstanding the obvious economic effects of the lockdowns, Mr Pickering said effective unemployment “bounces around” and that once lockdowns ease the rate should come down quickly.

“The key question now is what the recovery will look like,” he said.

“Will we get a single really weak quarter, or will it flow into December?”

Economists are optimistic the jobs market will improve heading into the December quarter, as the NSW and Victorian state governments plan to ease COVID restrictions once double vaccination rates reach 80 per cent.

“There are still a lot of jobs being created – that’s usually a good sign for future employment,” he said.

“There’s also a lot of fiscal stimulus still flowing through the economy.”

But it is unclear whether businesses will bounce back and begin hiring more people as consumers learn to live with COVID-19 for the first time.

Reserve Bank governor Philip Lowe is predicting a slower recovery from the current lockdowns than seen last year, saying earlier this week that the jobless rate may spike to the “high fives” in the coming months.

“The outbreak is a significant setback for the economy,” he said.

“It has introduced an additional element of uncertainty about the future.”

However, Dr Lowe went on to say that the vaccination rollout has offered a “clear path” out of lockdown that will help the economy recover in 2022.

Dr Hunter also noted that consumer and business confidence actually rebounded this week, as the vaccine rollout picked up speed and drove a glass-half-full view on the jobs market heading into the end of 2021.

“Demand for labour is there. There is an expectation of the recovery,” she said.

“We see Delta very much as a delay, not a derail [of the recovery].”