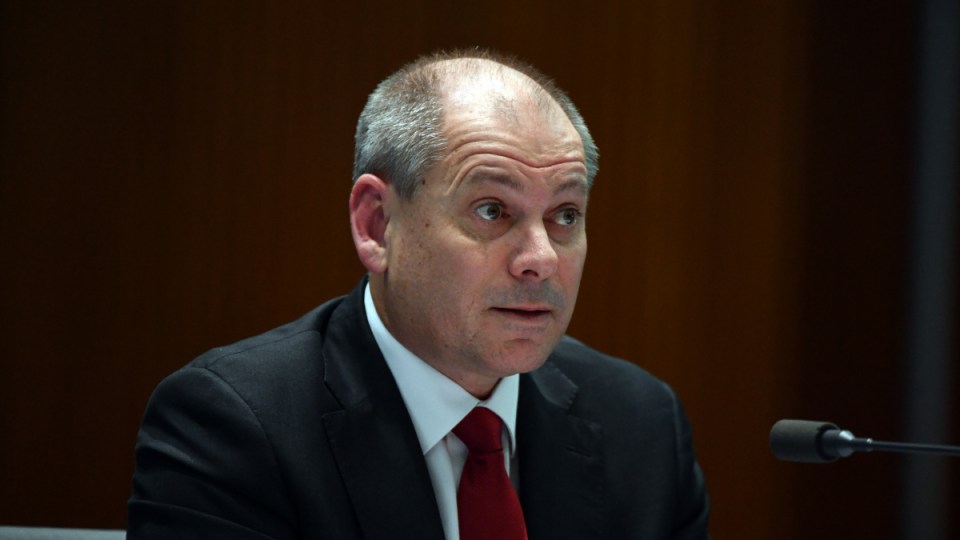 Australia’s big banks are blocking thousands of abusive messages sent by customers when transferring money to others, an inquiry has heard.

As concern builds that banking apps are being used to perpetuate domestic abuse, National Australia Bank and Westpac revealed they have blocked more than 40,000 abusive messages combined over the past 12 months.

Appearing before a parliamentary hearing on Thursday, Westpac boss Peter King said his bank has blocked 21,000 messages since January.

He said the bank has issued 767 warning letters and reported 54 customers to authorities like the police and regulator AUSTRAC.

“It is disappointingly surprisingly common that payment rails are used in the wrong way,” Mr King said.

He said those numbers will increase “quite dramatically” over the next 12 months as the bank steps up its efforts to stamp out this form of abuse.

Liberal MP Celia Hammond, who asked questions about the problem on Thursday, said the figures were “extraordinary”.

It came after eSafety Commissioner Julie Inman Grant highlighted how the banks are being used in domestic and family violence on Monday.

Abusers are also using technology to spy on women, creating “psychological and emotional scars”, she said.

“We often hear women describe feeling suffocated and trapped in their own homes, which really should be their havens,” Ms Inman Grant said.

“They may be convinced they are going crazy or become paranoid they are being watched and recorded.

“The frightening reality is that, in most cases, they probably are.”

This behaviour is closely associated with physical violence.

“More than 99 per cent of Australian victims of domestic and family violence have also experienced some form of technology-facilitated abuse,” Ms Inman Grant told the summit.

The major banks have been stepping up their efforts to crack down on abuse, with Commonwealth Bank creating a new policy in June 2020.

The bank said more than 8000 of its customers sent abusive messages over a three-month period, often on transfers worth less than a dollar each.

On Thursday, Mr McEwan said NAB has a list of 1500 red flag terms that alert it to abusive messages, in addition to manual checking by workers.

“We’ve got staff who review weekly reports on blocked transactions and they can off-board customers if they find it’s frequent enough,” he said.

The bank blocks the message but not the money transfer because it is worried about doing further harm to victim-survivors of abuse.

This is a different approach to Westpac, which told the inquiry that it blocks money transfers alongside abusive messages.

We send a message to the payer, tell them [the] transaction has been blocked and that they need to remove the message,” Mr King said.

Westpac also reports some customers to the authorities, whereas NAB said it is hesitant to do so, fearing it will result in further abuse.

“You have to be very careful about reporting behaviour to the police because that can lead to an even worse situation,” NAB chief risk officer Shaun Dooley told the inquiry.