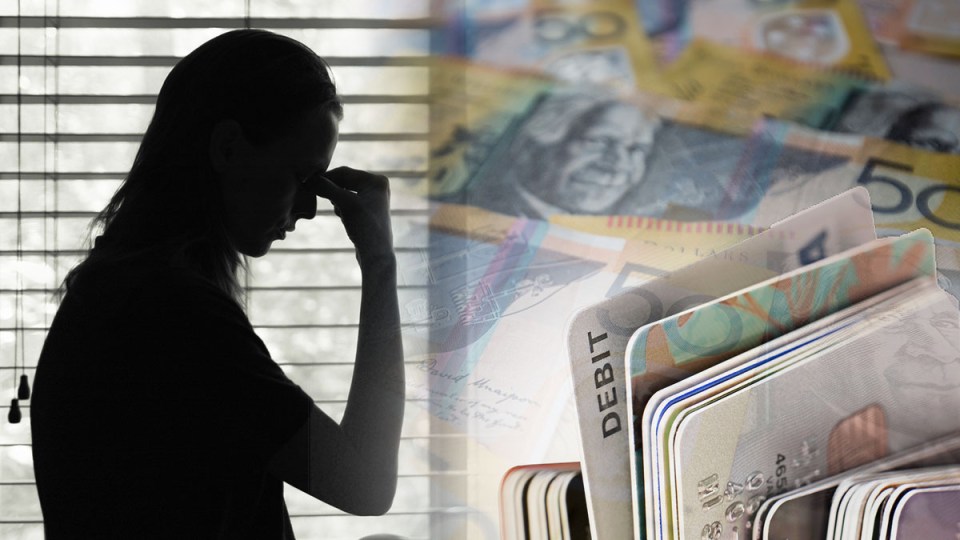 Financial abuse is a form of domestic violence. But women's support groups say victims can struggle to speak up. Photo: TND

One in four Australians experience it first hand.

Another one in 10 know someone who’s a victim.

But for many, discussing financial abuse is an incredibly difficult task, despite its devastating – and potentially lifelong – consequences.

Complied by YouGov, those figures coincide with a new Commonwealth Bank initiative to broaden support services that victims can access within the banking sector.

The bank was moved to act on the matter after discovering that 8000 customers had used the message field accompanying bank transfers to send abusive messages to their partners – with CEO Matt Comyn saying the program would help tackle one of Australia’s “hidden epidemics”.

But what is financial abuse, and why is it such a complex issue?

What is financial abuse – and how can it manifest in a relationship?

Financial abuse is a form of family violence – often found along with other forms of abuse – where an abuser uses power to deny and control their partner’s access to household money.

At first, it may appear insidious.

A partner may be excluded from financial decision-making, for instance, or barred from witnessing financial documents including household bills and credit card statements.

From there, it becomes much more overt.

Julie Kun, CEO of Victorian women, non-binary and gender-diverse referral group WIRE, told The New Daily that “it’s about stealing someone’s autonomy and taking their independence so they can’t argue, because if they do, it has financial implications”.

For example, she said abusers could hide their partner’s keys to prevent them from driving to work, thus making them wholly dependent on their abuser’s income.

Worryingly, Ms Kun said her organisation had witnessed a 10 per cent rise in financial abuse inquiries through the pandemic period, with many concerns linked to new-found unemployment and job insecurity.

“For many, financial abuse can lead to life-long poverty, and if victims try to enter the workforce without a strong work history and therefore low access to superannuation, this can have cumulative effects,” Ms Kun said.

Why is it one of our ‘hidden epidemics’?

As a financial counsellor with the Care Financial Counselling Service, Leasa Mayes has heard countless stories of financial abuse.

She said calls regarding physical abuse – in some instances leaving victims in hospital – are becoming more commonplace.

But many victims may not come forward because their abuser may have downplayed their pattern of behaviour, she said.

“Perpetrators may try to make their victim believe it’s not financial abuse at all,” Ms Mayes told The New Daily.

“Sometimes they will put a car loan in their name. It may be behind (on repayments) and eventually a victim would ask about the car and it’s for the partner who’s never paid.

“So they haven’t received any benefits and now they’re dealing with piling debt and a possible repossession.”

Beyond the potential fraud committed by naming a partner on financial documents without consent, there are also few opportunities for financial abuse victims to pursue their abusers through the legal system.

Many victims may feel afraid to speak up, WIRE’s Ms Kun said.

“A lot of them feel something is wrong. They can feel the inequity of it and the injustice of it, but they don’t have a label for it,” she said.

Where can Australians find support?

Ms Guthrie said she was “very concerned” the FCA’s National Debt Helpline might see a second surge once stimulus measures are wound back.

But she said financial counsellors are well equipped with training in family violence and how to start the process to extricate victims’ finances from abusive partners.

As a society, we have to recognise financial abuse and call it out. It’s not acceptable and we all have a role to play in chipping away at this insidious crime,” Ms Guthrie said.

Ms Kun said potential victims have options available to safeguard themselves from abuse, but only if it’s safe to do so.

“They can try to collect as much information as possible, such as bank statements, birth certificates and passports, so moving forward you can open a new bank account but be across what’s going on,” Ms Kun said.

The Australian Banking Association’s industry guidelines, which provide a framework for banks to tackle cases of financial abuse, are currently being assessed by the federal government, following a review by former federal disability discrimination commissioner Graeme Innes.

Helplines and support services for victims of financial abuse