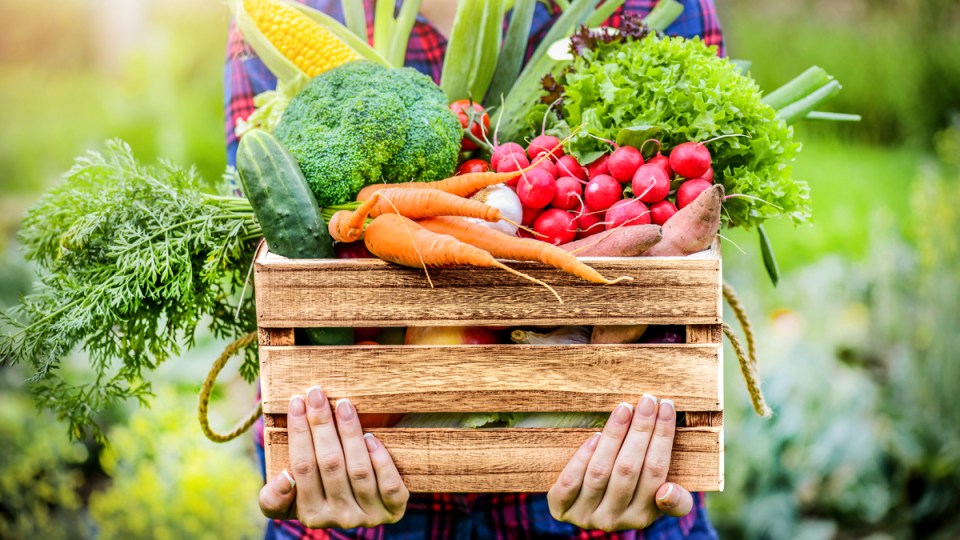 Research has established a clear link between what we eat and how we feel. Photo: Getty

Prices of essentials, such as petrol and fruit and vegetables, spiked over the June quarter as the pandemic worsened cost-of-living pressures.

Driving the increases were floods in New South Wales and supply chain issues ranging from a shortage of fruit pickers to higher demand for furniture and new cars, with households forced to cop the increases after wages had fallen 4.5 per cent below pre-COVID levels.

Consumer prices are now 1.8 per cent higher than before the pandemic, the ABS said on Wednesday after publishing June quarter inflation data.

And the biggest pain was felt at the bowser.

Petrol costs in the June quarter rose 6.5 per cent amid a sharp rebound in global oil prices.

Grocery budgets were also squeezed as floods in NSW and pandemic-related labour shortages made it harder for farmers to harvest produce.

Vegetables prices spiked 6.6 per cent (seasonally adjusted), while fruit became 5.1 per cent more expensive, according to the ABS.

Unfortunately, some of these shortages are likely to continue, even for essential goods like fresh food.

Although the impact of flooding is unlikely to persist, labour shortages could have a much longer effect on food prices, Indeed APAC economist Callam Pickering said.

Mr Pickering said the international border closure had created a shortage of farm workers and this was likely to be an ongoing problem until Australia’s slow vaccine rollout progressed and overseas workers returned.

“Supply chain issues are starting to rear their ugly heads,” he told TND.

“It’s likely we’re going to see upward pressure on food prices over the next year or two.”

EY chief economist Jo Masters said food prices can be unstable and advised shoppers to shop around for the cheapest fresh food.

“Over time, the market will find a new equilibrium,” Ms Masters said.

“Food is always very volatile and, at the end of the day, you need to shop smarter – you need to find those items that haven’t been as impacted.”

Although about 70 per cent of consumer prices tracked by the ABS rose in the June quarter, some product categories actually become cheaper.

Rents fell in Melbourne and Sydney, helping to constrain national rents to a 0.1 per cent increase, while domestic travel prices were down 1.3 per cent due to the Morrison government’s half-priced air ticket scheme.

But while holidays are optional, rising food and petrol prices are inescapable for most families and are squeezing household budgets.

It’s a double whammy for households as many are already navigating a rapidly deteriorating economy heading into the second half of 2021.

The ongoing lockdown in NSW and recent restrictions in Victoria are estimated to rip more than $10 billion from the national economy in coming months and may push up unemployment, undoing much of Australia’s earlier jobs recovery.

On Wednesday, Commonwealth Bank economists forecast the jobless rate would spike from 4.9 per cent to 5.6 per cent in August as the economy shrinks by a whopping 2.7 per cent over the September quarter.

Mr Pickering said many households would have less income over the next three to six months as a result, dashing hopes that consumers would lead the economy to new heights after last year’s pandemic recession.

“The household sector is getting hit from a variety of different directions at the moment. We know the impact is very uneven,” Mr Pickering said.

“Some households are doing very well, and others are really struggling.”

In an attempt to limit the fallout from NSW’s current lockdown, federal Treasurer Josh Frydenberg increased income support for workers on Wednesday.

Payments are now valued at up to $750 a week, which matches the rate JobKeeper was paid at during the height of the pandemic last year.

Ms Masters said improved support would ease pressure on households but uncertainty related to the virus would continue to weigh on confidence.

“We need to keep workers connected to their employers so we get the adjustment through hours worked not loss of employment,” she said.

“That allows you to snap back faster [after COVID restrictions end].”

One highlight in Wednesday’s price data was a modest lift in underlying inflation, which is the measure targeted by the Reserve Bank.

Underlying inflation – a measure that strips out price volatility – rose from a record low annual rate of 1.1 per cent in March to 1.6 per cent in June.

That’s still well short of the 2 to 3 per cent target the RBA wants the economy to sustain before it hikes the cash rate above 0.1 per cent.

But it’s still an encouraging sign that Australia’s strong recovery was starting to create inflationary pressures prior to the recent lockdowns.

Ms Masters said the RBA would be pleased with the result, which was broadly in line with its view that the cash rate would not be lifted until 2024.

Much has changed over the past month, though, and Ms Masters warned the path to a jobs market that’s strong enough to lift wages and drive inflation into the target band is now looking much bumpier than it was.

“We’re now going to get a contraction in economic activity in the September quarter. That will have an impact on inflation,” she said.

“It will also slow the path to full employment.”

Headline inflation spiked 3.8 per cent in the June quarter – the fastest rise since 2008 – but this was expected as it came a year after CPI fell 1.8 per cent following the government’s free childcare policy and a big fall in petrol prices due to pandemic lockdowns.

Prices for key essentials like petrol, vegetables and fruit spike in June