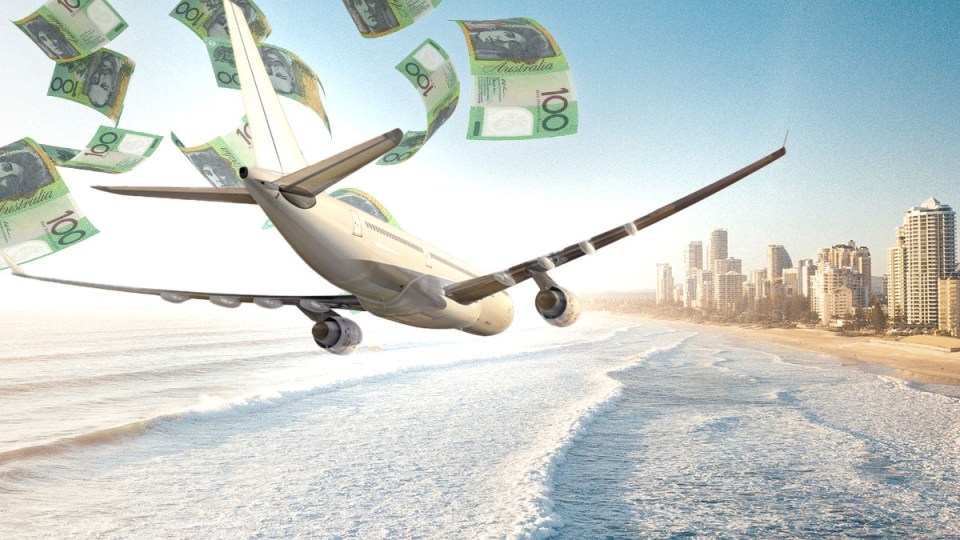 Taxpayers are forking out hundreds of millions of dollars to subsidise cheap airfares. Photo: TND

A travel bonanza is under way across Australia as more than $400 million worth of subsidised plane tickets flow into airline coffers.

The Morrison government is funding 800,000 half-price airfares to support the tourism industry during the pandemic, but only 137,000 are still up for grabs more than three months before the scheme is due to end.

Deputy Prime Minister Michael McCormack said on Thursday he would “quite potentially” release more tickets if they sell out before July 31.

“We’ll see if the program has worked as successfully as we wanted it to, and we’ll also see the economics of those regions,” Mr McCormack said.

Taxpayers have forked out more than $210 million to subsidise the cheap flights so far, grant notices published on Wednesday revealed.

That equates to about $400 million in revenue for the airlines, though the Morrison government has also agreed to underwrite surge costs on popular routes.

Qantas has claimed $144 million from taxpayers under the scheme while Virgin has received $44 million and Regional Express (Rex) $7 million.

Each airline was allocated a set number of tickets before the sale started on April 1, with Virgin given 260,000 based on its market share and other airlines’ allocations not disclosed.

The Department of Infrastructure said the published dollar figures were the maximum each airline could claim under the scheme – even though some tickets remain unsold and consumers decide which tickets to buy.

About $800 million of stimulus

Although 82 per cent of the tickets sold within six weeks of the sale’s start date, many travellers have booked holidays well in advance and will continue flying into the 13 eligible tourism regions until September 31.

Perhaps unsurprisingly, the Gold Coast has emerged as the most popular destination, with Cairns and Adelaide also in high demand.

University of NSW aviation professor and former Qantas chief economist Tony Webber estimates the $410 million worth of airfares will translate to about $800 million worth of economic stimulus for the tourism destinations.

He said that estimate was much more realistic than Mr McCormack’s claim that every dollar spent on tickets would create $10 of revenue for tourism-reliant regions.

“These are massive amounts of money,” Dr Webber told The New Daily.

“Qantas has already made $300 million flying these routes.”

It’s impossible to say how much of the $400 million spent on cheap airfares would have been spent on air travel anyway, though, and Mr Webber said destinations excluded from the scheme would have suffered as travellers opted for cheaper tickets elsewhere.

“There’s no doubt they will have some demand stolen from them,” he said.

And although the major airlines welcomed the government’s half-priced airfares, the wider tourism industry criticised the plan, arguing it provided insufficient support to an industry struggling under the weight of border closures and the scrapping of JobKeeper.

According to the Tourism and Transport Forum (TFF), Australia’s tourism industry loses about $4 billion in sales every month that international borders remain closed.

And that’s likely to continue, with the federal budget including the assumption that borders will remain shut until mid-2022.

“We are at risk of becoming one of the only major countries in the world without a comprehensive and well understood timeframe and clear targets for re-opening,” TFF CEO Margy Osmond said on Tuesday.

The latest $144 million taxpayers have handed to Qantas comes on top of the $1.2 billion they provided across seven separate COVID-19 programs.

And Qantas will be receiving money for repatriation flights to India over the coming months, too.

Airlines cash in as taxpayer-funded half-price tickets take off, but not everyone’s happy