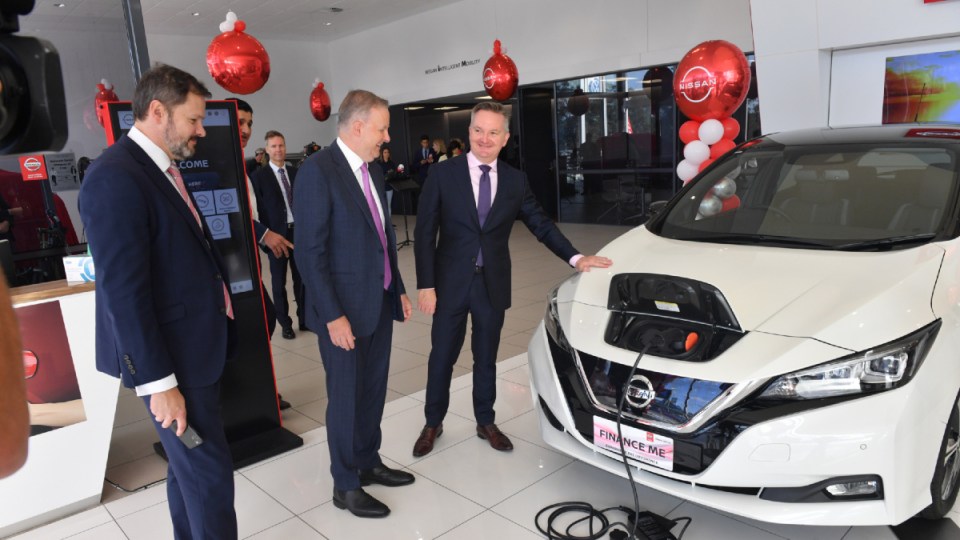 The Morrison government is facing calls to outline a clear strategy for driving faster uptake of electric vehicles after Labor announced a suite of policies designed to make them more affordable.

The federal opposition says it will cut import tariffs and fringe benefits tax on non-luxury electric cars if it wins the next federal election.

Modelling by the Electric Vehicle Council found the policies would save consumers $2000 and businesses $9000 when buying an electric vehicle with a $50,000 price tag.

But the Morrison government has ruled out taxpayer subsidies and announced very little to expedite the transition to electric vehicles.

The Australia Institute climate and energy program director Richie Merzian told The New Daily Labor’s policies were a welcome step in the right direction and stood in stark contrast to the federal government’s laissez-faire approach.

High prices are widely regarded as the main barrier to electric vehicle ownership, with governments around the world offering grants and reduced registration fees to make their purchase more affordable.

That Australia has yet to do the same is evident in global car sales figures.

Mr Merzian said “we haven’t even turned the ignition on” when it comes to electric vehicles in Australia.

“So it’s great to see a major federal party actually put something legitimate on the table,” he said of Labor’s policy announcements.

“And we know this works, because it works overseas. We know incentives that reduce the sticker price really do drive uptake.”

Government should electrify its fleet

Research conducted on behalf of the federal government’s Australian Renewable Energy Agency (ARENA) in 2018 found that direct purchase incentives “are the incentives that impact most strongly on [plug-in electric vehicle] purchase decisions”.

Yet, in its Future Fuels discussion paper, the Morrison government ruled out taxpayer subsidies and said it would take a ‘fleets-first’ approach to the adoption of electric vehicles.

It argued this was a more effective way to drive faster uptake of EVs, as businesses account for roughly 40 per cent of new light vehicle sales, and “generally replace vehicles on a more regular basis than private buyers”.

But Mr Merzian and other industry analysts, such as Dr Jake Whitehead from the University of Queensland, said the Morrison government had not backed up its strategy with a clear target, and had only set aside a small pot of funding.

ARENA’s research shows that the bulk purchasing of 200 to 500 cars per year – far fewer than the 10,000 passenger and light commercial vehicles in the government’s fleet – would be sufficient to improve model availability in Australia.

“So, according to the government’s own commissioned research, government procurement targets could increase EV sales directly, increase the second-hand market, and introduce new models into Australia,” Mr Merzian said.

Hours earlier, Labor leader Anthony Albanese attacked the federal government for running an electric vehicle scare campaign at the last election and said his party would focus on bringing down their price, “because we know that this is the future”.

“What we saw was a rather pathetic scare campaign against the future by the Coalition at the last election, like their campaign against action on climate change, against anything that makes sense in terms of where the economy’s going and where transport is going,” Mr Albanese told ABC radio.

“There’s not an auto manufacturer in the world that’s currently investing in internal-combustion engines.

“It’s all about electric vehicles and new forms of cleaner transportation.”

Energy and Emissions Reduction Minister Angus Taylor, meanwhile, told reporters in Tasmania that Labor couldn’t be trusted on EVs, as Mr Albanese had said as recently as February that subsidies were unnecessary, given electric cars were expected to cost the same as traditional vehicles by 2022.

“He clearly has a deal to shore up his leadership. But that’s what we see from ‘each-way’ Albo,” Mr Taylor said.

“One moment he’s saying one thing, and then a few moments later he’s saying something completely different.”