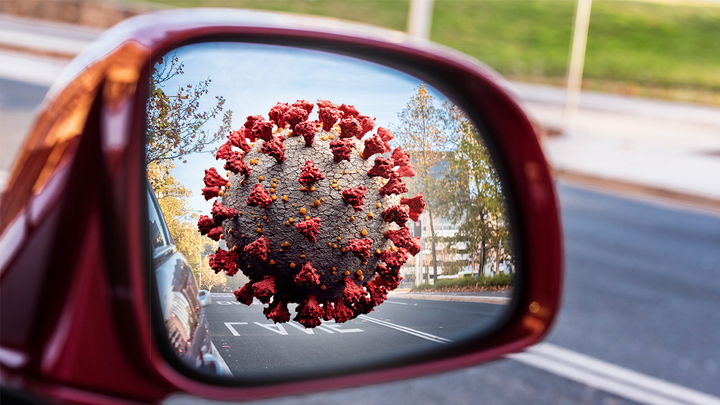 The economy is moving comfortably away from its coronavirus symptoms. Photo: TND

The Australian economy looks to be crossing the bridge back to self-sufficiency, with the withdrawal of government support measures not denting a strong recovery.

Crucial figures on loan deferrals released last week showed that households and small to medium enterprises (SMEs) were quickly moving back to making repayments on their loans after using COVID-19 emergency measures to put them off.

According to the Australian Prudential Regulation Authority (APRA), only 2.3 per cent of housing and SME loans were subject to repayment deferrals at the end of November.

At the height of the pandemic crisis, the figure was just over 10 per cent.

Those figures, illustrated in the above graph, were accompanied by a jump in housing approvals since June of 40 per cent, with total approvals at 17,205 in November and figures for the year totalling almost 170,000.

“Who would have thought we’d see figures at that level a few months ago?” independent economist Saul Eslake said.

The other strong economic figures were the ANZ online job ads, which showed a rise of 9.2 per cent to 159,000 in December. That represented a doubling since April lows.

Household loan deferrals peaked in May at more than 12 per cent of all housing loans but stood at only 2.8 per cent by the end of November.

Even more remarkable has been the reduction in deferred SME loans.

In May, SME deferrals peaked at close to 17.5 per cent of loans, but had collapsed to only 2.4 per cent by the end of November.

Peter Strong, CEO of small business lobby group COSBOA, said the move to repayment was opportunistic and there was a chance the repaid money will be needed as the post-pandemic reality pans out.

“Small business people hate debt and are moving quickly to see the back of what they borrowed during the pandemic. Time will tell if they are right or wrong,” Mr Strong said.

The move to repayment comes as borrowers move closer to the deadline for a return to normality on March 28, when deferrals must end.

That date will be a make-or-break point for business that will test how real the recovery is.

Not only will loan deferrals end then but the JobKeeper wage subsidy is also scheduled to stop, as are commercial tenancy relief schemes in most states.

These allow tenants with businesses with turnovers less than $5 million to stop or reduce rental payments if their business revenues have been cut by 30 per cent or more.

There are no official figures on the size or number of these rent cuts, but the Shopping Centre Council of Australia (SCCA) estimated that  “nearly $2 billion of rental assistance [had been] provided to approximately 12,000 SME retailers” by mid-November.

With official retail sales up 7 per cent in November and the sector reporting a strong Christmas shopping season, the move away from rent holidays observed by the SCCI in November should continue.

There is a caveat about the moves away from loan deferrals, said Professor Mark Crosby, director of international business at Monash University.

“People who didn’t need the money took it as a buffer in case they did. Both business and households know they have to pay it back, so they are starting to do so.”

That means that the people who are in financial trouble will not show up until the deferral deadline is crossed and then the economy may take a hit as a result.

There has been a marked difference of the experience of major banks in loan deferrals as the following chart shows.

“Westpac took a more aggressive stance, and Bank of Queensland has a lot of customers in hard-hit tourist areas of Queensland,” Mr North said.

Overall, Mr Eslake saw the economic indicators as positive in the long term.

“Loan deferrals are being wound back, house prices are positive when, six months ago, some were predicting 10-to-30 per cent falls in house prices,” Mr Eslake said.

“There has been no wave of loan defaults and the last step down in the level of JobKeeper [January 3] had very little effect on unemployment.

“We are transitioning away from economic support measures remarkably smoothly and I don’t think that when JobKeeper finishes in March there will be much effect.

“The only brake on that would be a return to lockdowns.”