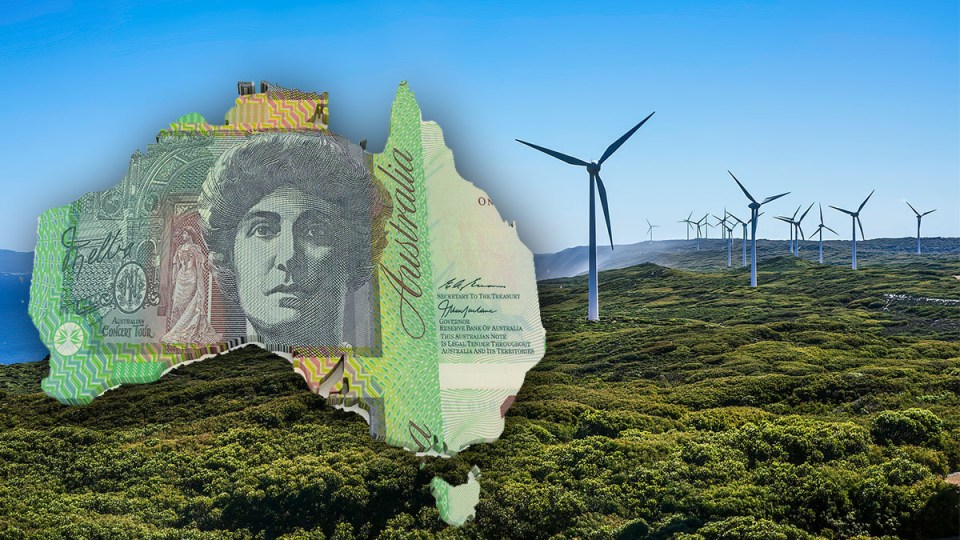 AusSuper only went public with its $NZ5.4 billion ($5.1 billion) bid on Tuesday, but the Kiwi group had knocked it on the head by Wednesday morning.

The offer highlights the attractiveness of renewable energy investments but also their unavailability in Australia since the expiry of the federal government’s Renewable Energy Target last December. 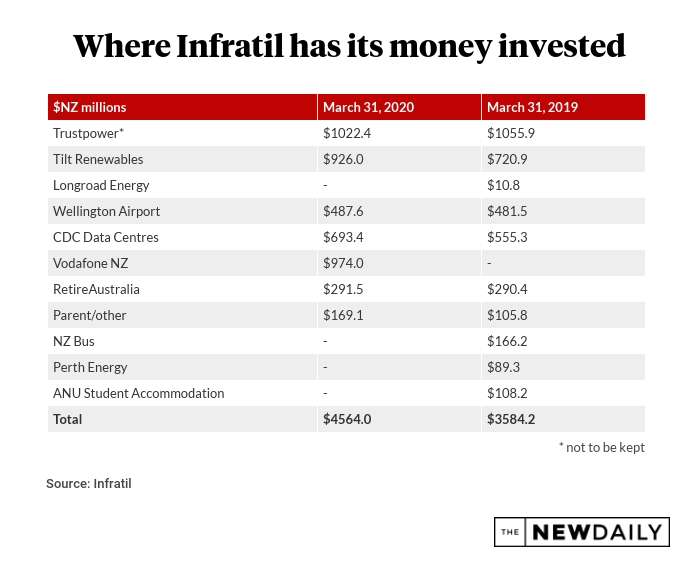 Ironically, what attracted $180 billion AusSuper to Infratil’s renewable energy portfolio was its Australian wind farm asset Tilt Energy, which is valued at $NZ926 million ($877.6 million) on its books.

The New Zealand-based hydro group Trust Power was to be handed back to shareholders under the deal, as its returns were not attractive to AusSuper.

Hard to find a deal

AusSuper has long wanted renewables deals in Australia, but has found none are available on the scale it would need to make them worthwhile.

The super fund currently has $1 billion invested in the sector, mainly offshore, and the Infratil deal would have almost doubled that overnight.

In July, HESTA CEO Debby Blakey expressed similar views saying “while we want to invest more here, for every $1 we have invested in Australian renewables, we have $3 committed to equivalent assets overseas”.

“These assets are in countries that provide stable, predictable policy settings, which have given us the confidence to make long-term investments,” Ms Blakey said.

Figures produced by Bloomberg New Energy Finance show the shortage of renewable energy investments in Australia is only getting worse as development tanks.

For the first half of this year, BNEF found only $US1.4 billion ($1.9 billion) had been spent building new renewables projects, which, even if it doubles for the full year, is less than half the $US5.9 billion spent a year earlier. 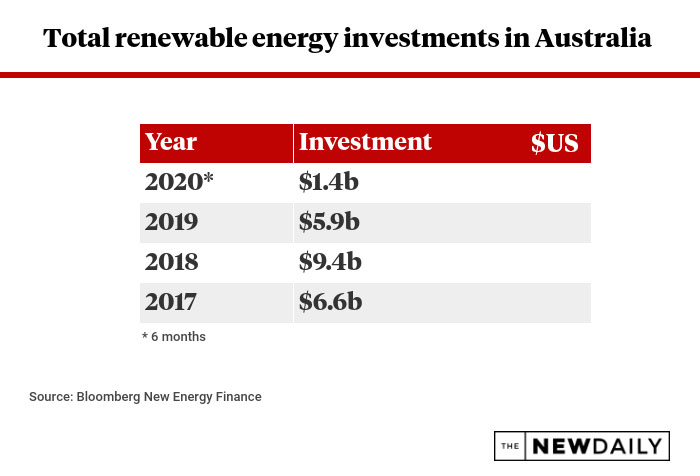 “The data shows there has been a significant decline in renewables investment and policy has been a driver of that,” said Dylan McConnell, a researcher at the Climate and Energy College at the University of Melbourne.

“The Renewable Energy Target has come to an end so there is no, or little, value in renewable energy certificates [issued under the program] for energy retailers.”

Other issues beside government policy are also slowing the move towards renewable energy.

“There is a high risk in Australian renewables investment because network constraints are slowing the connection of new projects to the grid,” Mr McConnell said.

“How those constraints are overcome and who will pay for it has not been resolved and that frightens away investors.

“The argument is whether renewables companies, consumers or a mix of both pay to improve the grid and that is yet to be resolved.”

Moves by the Victorian and NSW governments to create battery storage and renewables hubs have also created uncertainty over how they will work, Mr McConnell said.

The shortage of Australian investment opportunities has been highlighted by recent offshore moves by a number of big super funds.

Aware Super, the second-largest super fund behind AusSuper, has $120 billion in funds under management and $2 billion in renewables.

The fund would would like to increase its investment in renewables by at least $150 million a year, “but only when it makes sense from a member perspective,” a spokeswoman said.

Aware has found another way to invest in emissions reduction. It has invested $80 million in the Adamantem Capital hedge fund along with the Clean Energy Finance Corporation, which has also pledged $80 million.

The two will be keystone investors in the $700 million fund which will invest in companies that “have committed to reach net zero emissions in 10 years,” said Aware senior portfolio manager Jenny Newmarch.

Although the fund’s investments will not be specifically targeting renewables they will aim to significantly reduce the emissions of investee companies, Ms Newmarch said.

She said Aware “has about 6 per cent of its total assets under management in renewables”.