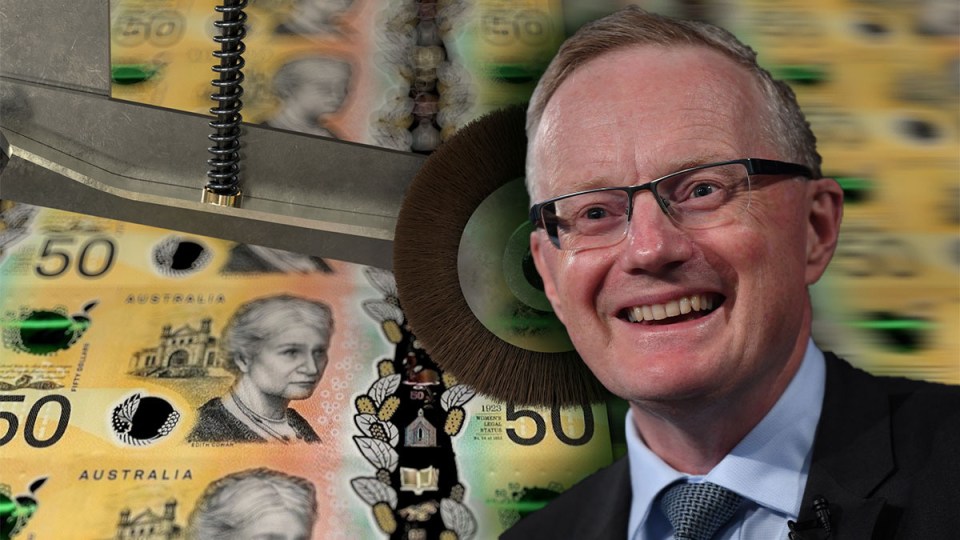 The RBA has announced a quantitative easing program of $100 billion. Photo: TND

On Tuesday the Reserve Bank of Australia announced a new salvo of monetary stimulus including the start of quantitative easing.

The announcement came in two parts.

The first was a further cut in interest rates from 0.25 per cent to a new record low of 0.1 per cent, with a promise to keep them there for a further three years.

The second part was a monetary bazooka in the form of $100 billion worth of quantitative easing.

What exactly is quantitative easing?

Although the RBA’s cash rate is now close to zero per cent and unlikely to be lowered any further, other interest rates within the economy are still comparatively high.

For example, the interest rate the government pays to borrow for 10 years is 0.7 per cent, and households still pay almost 3 per cent on their mortgages.

The purchases are planned to run for six months initially, and both state and federal governments will be required to repay the money the RBA has lent them – if the RBA does not end up selling the debt back before it is due.

The RBA is thus not directly financing the government.

But by lowering the cost of borrowing and supporting the economy more broadly, it will indirectly improve the government’s balance sheet.

How will QE help the economy?

QE will affect the economy in three ways.

Its main effect will be to lower the interest rate that households and businesses are charged when they borrow.

This will leave more money for Australians to spend, which will help stabilise the economy and help generate jobs.

The RBA’s program of QE will also keep the Australian dollar competitive against other currencies.

A cheaper dollar will give a small boost to Australian exporters and help shore up domestic firms against competition from imports.

Finally, the reduction in interest rates will also boost the price of assets such as houses and the stockmarket.

As Australians’ wealth increases, this should also improve their economic confidence and encourage them to maintain their spending in the economy.

These three effects of QE should combine to help generate more jobs in Australia.

The RBA has explicitly stated that it wants higher employment and more wage growth. With the cash rate close to 0 per cent, QE is the next arrow in the RBA’s quiver when it comes to supporting economic growth.

Evidence from overseas suggest that QE can be effective at fighting off recessions. Research from the Bank of England suggests that during the GFC these unconventional measures increased GDP by 1.5 per cent, which is a sizeable increase.

QE was even more effective in the US, where it was found to increase both economic output and wages across the country.

Importantly, the RBA has signalled that this may be only the beginning.

Although $100 billion sounds like a gargantuan pile of money, it pales in comparison to the QE programs rolled out by other central banks.

In his statement on Tuesday, RBA governor Philip Lowe declared: “If we need to do more, we can and we will”.

Down the track, the RBA could start buying other assets such as equities (as the Bank of Japan currently does), corporate debt (a la the Federal Reserve) or even intervening directly in the foreign exchange market (as Switzerland has done). This announcement is only the first salvo – and there is plenty more ammunition, should it be needed.

However, while this QE package will support the economy, there is still plenty of work to be done.

Unemployment remains unacceptably high and the case for more spending from the government remains strong.

In a recession this large the government needs to use every policy in its toolkit to help Australians recover economically.

QE should be viewed as only the beginning, and further stimulus – both fiscal and monetary – should continue to be rolled out.

The RBA will be closely monitoring the economy over the next few months, and if the recovery starts to falter, or if wage growth remains anaemic, we can expect the RBA to reload its monetary bazooka and fire up another round of QE.

Dr Isaac Gross is a lecturer in economics at Monash University

The RBA has fired a $100 billion monetary bazooka. Here’s how it will help