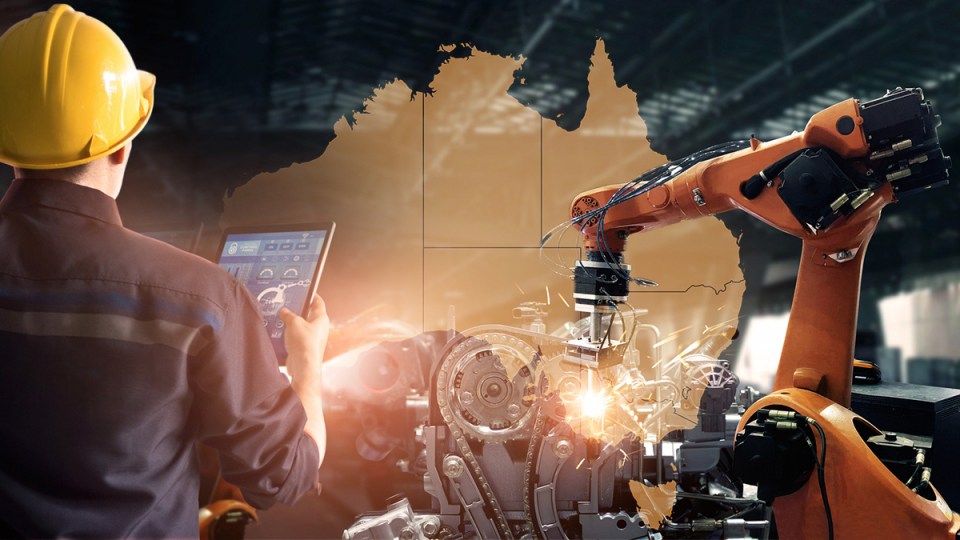 The federal government's $1.5 billion manufacturing pledge could make Australia a global leader, if the money is spent wisely. Photo: The New Daily

Manufacturers in six key industry sectors will receive $1.5 billion in government funding under a new plan to scale up domestic capabilities.

The money will be used to develop the nation’s manufacturing capabilities in the medical, resources, defence, space, clean energy, and food and beverage industries.

The federal government says it will foster collaboration between businesses and research and development institutions to improve the commercialisation of ideas and establish new export markets.

“The overarching objective of our modern manufacturing strategy is to build scale and capture income in high-value areas of manufacturing where Australia has either established competitive strength or emerging priorities,” Prime Minister Scott Morrison told the National Press Club on Thursday.

The investment – flagged ahead of Tuesday’s federal budget – is part of a broader drive to create jobs and get the economy back on its feet.

Economists welcomed the program, but cautioned its effectiveness would hinge on how the money is allocated and used.

It comes after the manufacturing industry shed 3.4 per cent of its jobs over the five years to August 2020 – with a recent study by Harvard University ranking Australia 93rd in the world for economic complexity. 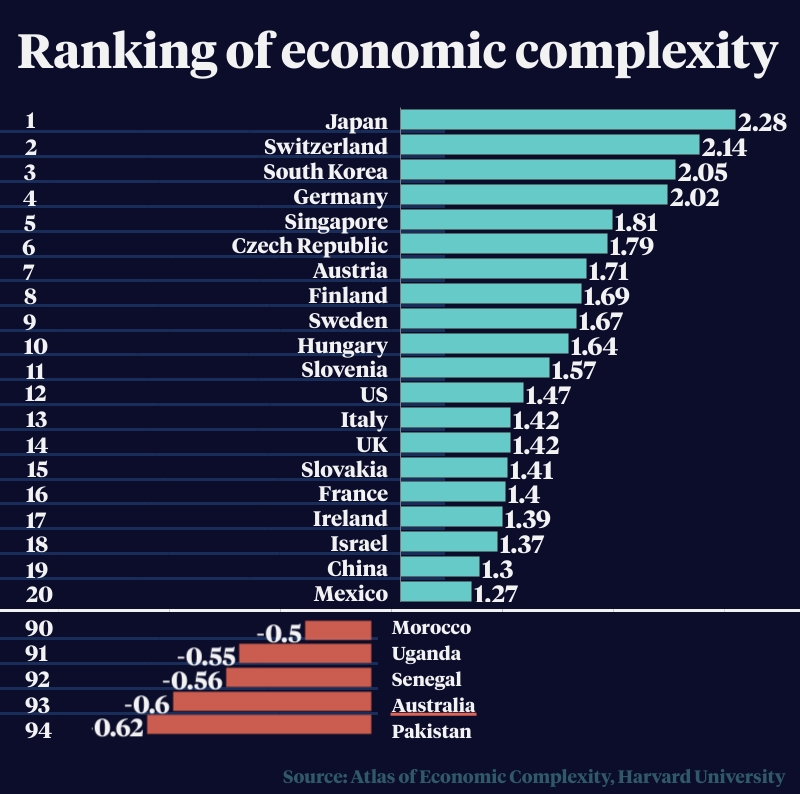 Speaking to The New Daily, Mr Goennemann said Australia has been steadily developing its manufacturing capabilities in five of the six target industries, with space being the exception, since at least 2014.

He said the additional support would ensure Australia becomes a global leader in all six.

“Australia is very well advised to focus on its strengths,” he said.

“Every focus on our areas of strength is very good, and in my experience when public services and industry work together, hand in hand, the sum of the two is more than two.”

Mr Goennemann likened the decision to an olympic selection committee choosing the events in which their strongest sprinter should enter: It makes sense to choose the 100 metres rather than a swimming event.

The proposal was also welcomed by Swinburne University professor and director of the Centre for Transformative Innovation Beth Webster.

Professor Webster said it makes sense to build up “national champions” rather than pump public money into the broader manufacturing sector as a whole, because it means the money is put to more productive uses.

But Professor Webster cautioned the money would only be effective at creating jobs and boosting the economy if it was given to the right projects.

The calibre of the bodies making these investment decisions will be really important,” she said.

This is complicated by the sensitive nature of R&D projects, which are often considered ‘commercial in confidence’.

That will make it difficult for committees to be transparent about their reasons for selecting certain projects.

Professor Webster said it was incumbent on the federal government to include impartial industry experts in its decision-making processes so that the public can be confident the money is being well spent.

The $1.5 billion will be invested in the industry in three tranches.

The first $1.3 billion of spending is intended to help businesses scale up their operations, delivered in three streams:

“Through this initiative, we will both target priority areas and invest in the cross-cutting technologies and processes that enhance production efficiency,” Mr Morrison said.

A second tranche of $107 million will be spent shoring up manufacturing supply chains against future global shocks.

The third tranche is the $52.8 million second phase of the federal government’s existing Manufacturing Modernisation Fund.