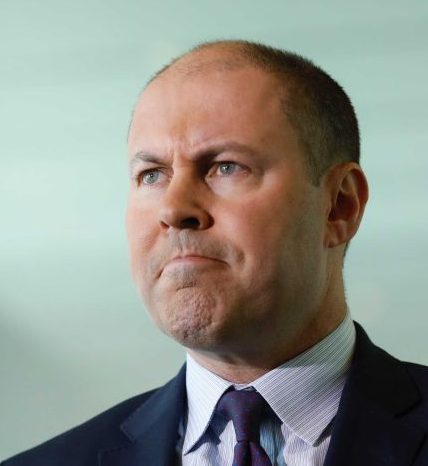 Emergency measures to prevent a wave of pandemic business failures have been extended until the end of the year, fuelling fears over so-called zombie firms.

The measures, which among other things allow firms to keep trading while insolvent, were due to end on September 25.

But Treasurer Josh Frydenberg on Monday extended them until December 31 so that businesses with a viable future have more time to recover.

The extension provides a lifeline for thousands of businesses on the edge of collapse, but it will also see more taxpayer money thrown at businesses that have little chance of recovery.

CreditorWatch chief executive Patrick Coghlan said the decision would “heap a huge amount of pressure” on creditors and allow business owners to rack up unsustainable levels of debt.

Businesses will take longer to pay their bills, he added. And firms that would otherwise have gone under will continue to receive JobKeeper – preventing that money from flowing to more productive ends.

“But given the Victorian government’s decision to extend the lockdown, I’m not surprised one bit,” Mr Coghlan told The New Daily.

“It would have been an extremely, extremely difficult and tough decision to say, ‘No, we’re going to end the insolvency and bankruptcy protection in September’.”

CreditorWatch data shows business insolvencies are down 50 per cent in 2020 as a result of the temporary moratorium on insolvent trading.

Although this has kept people in jobs during the worst recession in living memory, it has led to perverse outcomes, too.

In addition to funnelling taxpayer money into failing businesses, the measures are forcing creditors to extend loans to insolvent businesses and consequently reducing their ability to support more viable firms.

What’s more, they are also enabling owners of failing businesses to rack up more and more debt, which could put creditors at risk of collapse when the firms are eventually wound up, as there will be no funds left for them to recover.

“The danger is there are operators out there that are in denial or maliciously racking up debts with creditors that they simply just won’t be able to pay in the future,” Mr Coghlan said.

His fears feed into growing concerns about ‘zombie firms’ – companies that are unable to service their debts from profits over the long term.

These companies have been a major problem since the global financial crisis, as repeated attempts to stimulate the economy through cuts to interest rates have kept alive companies that would normally fail in a more competitive environment.

Deutsche Bank Securities estimates that the zombies’ share of publicly traded US companies has doubled in just seven years to 20 per cent.

But why does this matter?

Well, it weighs on investment spending and productivity growth, which is the main driver of improving living standards.

A 2018 paper by the Bank for International Settlements found that a 1 per cent increase in the share of zombie firms in an industry lowers the capital expenditure rate of other firms in that industry by 1 per cent.

And if firms are investing less, then our economy will grow much slower than it otherwise would – eating into jobs and wages growth.

This is why some economists have controversially said that the federal government is right to begin unwinding JobKeeper from the end of the September.

Responding to questions related to a Business Council of Australia proposal on Sunday, independent economist Saul Eslake said he was worried that Australia had “a lot of policy settings that are going to encourage the perpetuation of Zombie businesses” – which will impede the process of creative destruction.

“Schemes like JobKeeper and the cash-flow support for business program do, as an unintended side effect, prop up poorly performing existing firms just because they exist, and thus reduce what economists call the dynamism of the economy,” Mr Eslake said.

“Now that we are talking about what we are going to do on the other side [of the crisis], I think we ought to be moving away from policies that have these unintended side effects of propping up zombie firms, and start doing things that might encourage the startup of new firms.”