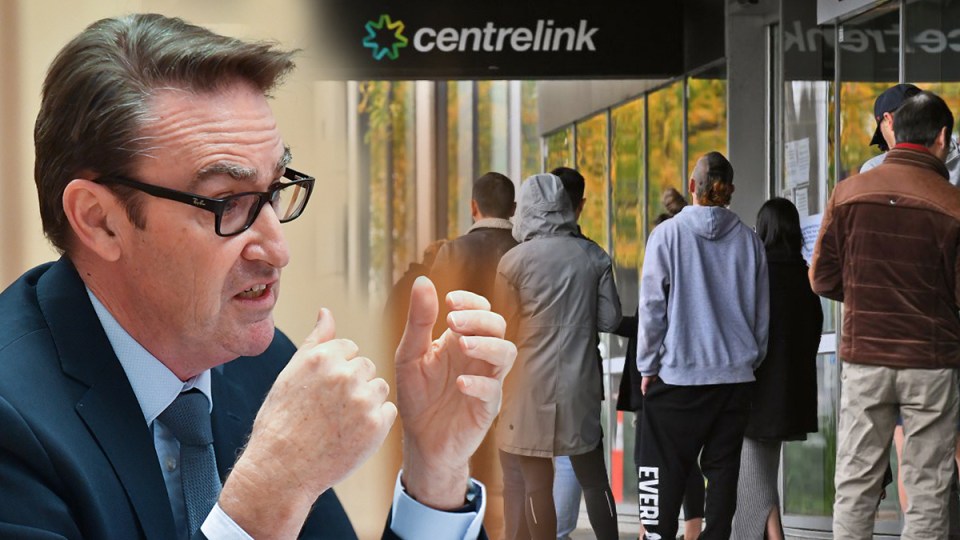 Australia has gone “well past the word recession” and faces a drawn-out recovery, Treasury boss Steven Kennedy has warned.

Although the earlier-than-expected easing of restrictions provides cause for optimism, Dr Kennedy told a parliamentary hearing on Thursday that the economy would not snap back to normal any time soon.

Taking into account the number of people who stopped looking for jobs in April, as well as the effects of the JobKeeper wage subsidy, the true unemployment rate is much closer to 15 per cent than the 6.2 per cent officially recorded last week, Dr Kennedy said.

“They have not withdrawn their labour but the extent to which our workers are under-employed is substantial.”

Dr Kennedy said the headline jobless rate was likely to rise in step with the easing of restrictions, and reach a peak in May or June, as more people start looking for work and consequently meet the ABS definition of “unemployed”.

But the response to the health crisis has been better than he and his Treasury colleagues anticipated.

Dr Kennedy said he was therefore “a bit more optimistic” about the economy today than when he advised the government on its economic stimulus measures, though ongoing fiscal support will be crucial as “there won’t be any more cuts in interest rates coming down the track”.

He said the pandemic was hurting the economy in four key areas:

“The [demand/confidence effect] is the one that is really hard to [predict] … and that’s the one that tells you whether you get a V- or U-[shaped economic recovery] out of this,” Dr Kennedy said.

“We’ve never been here before.”

Senator Jacqui Lambie later asked Dr Kennedy whether Treasury had provided advice to the government on reducing the JobSeeker rate and targeting JobKeeper at specific industries after the policies expire in September.

Dr Kennedy said Treasury is monitoring how the scheme works and will consider both issues during its three-month review.

“There is some tricks in it, Senator. As soon as you get into targeting either by a threshold or by a sector, then you have a lot of messiness around the edge, you know, which sectors are in, which sectors are out, just exactly how things apply,” Dr Kennedy said.

“And then administratively, you just have to be able to administer the arrangement. But in terms of, if sectors were recovering strongly and others weren’t, that would be a very relevant consideration for the review of JobKeeper that we’re doing at the moment.”

He said the end of certain fiscal policies in September was “not quite the cliff” it looked like, as cash advances given to businesses would sit on company balance sheets beyond the withdrawal of JobKeeper.

Like interest rate cuts, fiscal policy operates with a lag and “actually builds over four to six quarters,” he said.

A strong recovery is nonetheless dependent on a pick up in housing and business investment – an area that Dr Kennedy said Treasury “will watch very carefully”.

The deputy secretary of Treasury’s fiscal group later confirmed that 1.65 million Australians have withdrawn more than $13.2 billion from their superannuation under the Coalition’s early access scheme, while the government has so far paid out $8.1 billion in JobKeeper payments.

The committee hearing comes after Deloitte Access Economics said unemployment is unlikely to fall back to pre-crisis levels until 2024.

And in a new discussion paper released on Friday, left-leaning think tank Per Capita argues that Australia was suffering from stubbornly high levels of underemployment even before the arrival of COVID-19.

Researcher Matthew Lloyd-Cape said the steep rise in underemployment triggered by the virus would cost the economy $24 billion a year in lost wages and have lasting effects known as “economic scarring”.

“For example,” he said, “the incomes of low-income earners in the USA fell by 20 per cent during the 1980-82 recession and did not return to their pre-recession level until the late 1990s.”