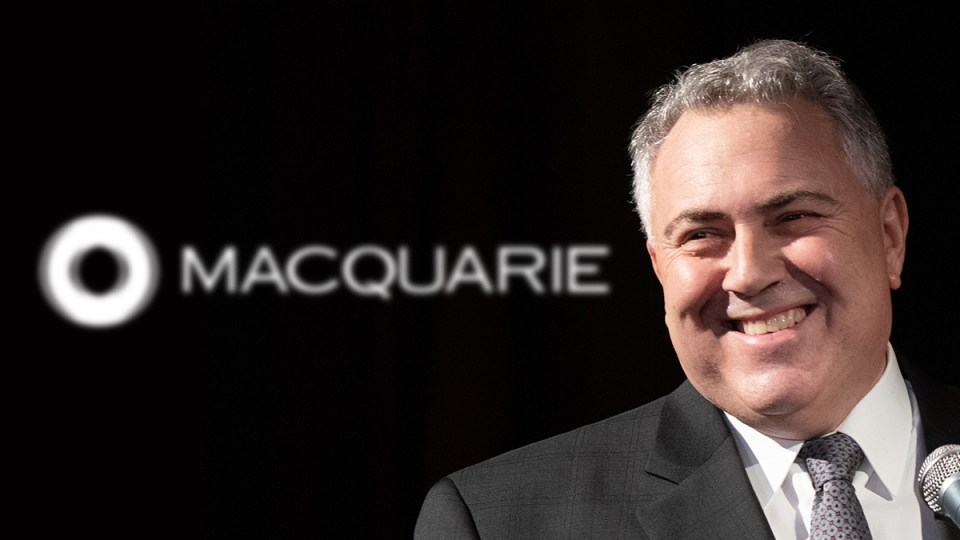 Joe Hockey is off to Macquarie Group where millionaires are made.

Joe Hockey, the Treasurer who delivered Tony Abbott’s 2014 horror budget, has joined Macquarie Group after handing over his role as Ambassador to the United States to former parliamentary colleague Arthur Sinodinos in January.

Mr Hockey the man who described wind farms as “utterly offensive,” and “just a blight on the landscape,” will work for the outfit known as ‘the millionaires factory’ developing lucrative deals on infrastructure and, ironically, renewable energy.

“Macquarie confirms the engagement of the Honourable Joe Hockey as a special adviser to support Macquarie’s infrastructure activities in the Americas, including our expanding renewable energy business,” the group told The New Daily in a statement.

The irony of his new position was not lost on some of his old political enemies, with Labor shadow Assistant Treasurer Andrew Leigh saying “I’m delighted to see Joe Hockey has spun around on the value of wind power.”

Greens leader Adam Bandt said ‘this is a baffling decision – like taking someone with a fear of flying and promoting them to be a pilot.

“But for the sake of the future of our planet, here’s hoping that he can leave behind the Liberals’ ideological disregard for renewables and instead redeem his climate credentials.”

But that was then and this is now. Infrastructure is huge business for Macquarie in America.

Overall, Macquarie has a gargantuan $606.9 billion under management.

As a point of comparison local investment giant the Future Fund has $162 billion and the largest super fund AustralianSuper, has $170 billion under management.

It’s all about the commissions

The deal for Joe Hockey will be to chase down and negotiate big projects for Macquarie to buy into or finance in return for a fat commission.

Commissions are the name of the game at Macquarie, with CEO Shemara Wikramanayake earning $795,700 in salary last year. Incentives and commissions pushed that up to $14.9 million.

‘Smoking Joe’ [as he was Christened after being photographed with a cigar before the 2014 budget] is a man well placed to fill the new role.

“It makes a hell of a lot of sense to me,” said investment banker Roger Harley of Fawkner Capital.

“He’s got a lot of influence – and it’s influence that can deliver political advantage when he is dealing with [US] states who regulate a lot of infrastructure assets.

“Joe’s got a good grasp of finance and the ability to negotiate to put a deal together. Lots of those infrastructure deals involve both the public and private sector and he has experience and access to both,” Mr Harley said.

The move follows a well-trodden path of politicians moving into private enterprise in areas where they have built up expertise during public life.

“A lot of politicians leave politics and go to private sector lobby roles while their contact books are still up to date,” said Danielle Wood, director with the Grattan Institute. 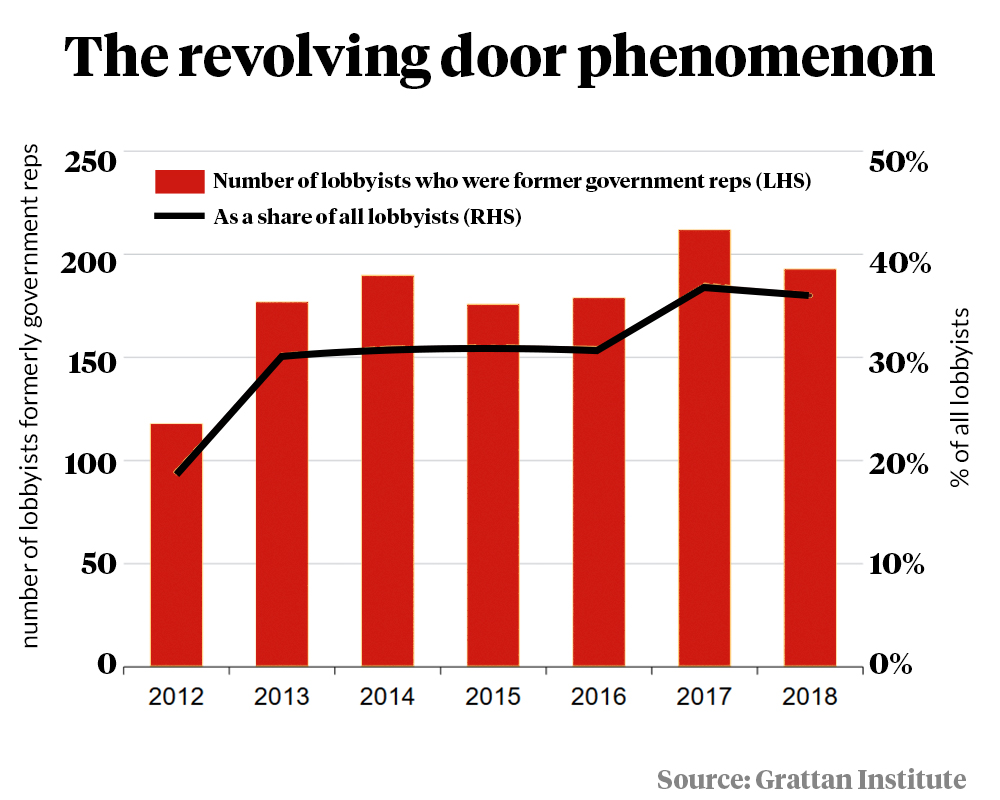 “Contacts can open doors and that can be a danger zone, giving [former politicians] too much influence over decision making,” Ms Wood said.

“Our  research found that since 1991 more than a quarter of all former ministers and assistant ministers took on lobby positions after they left politics,” she said.

Who’s in the lobby

Names who have moved into lobbying or industries related to their portfolios after leaving politics are legion.

In the case of Mr Hockey, Ms Wood says the move is less concerning than some others.

“A fair amount of time has passed since he was Treasurer and being ambassador raises less concerns. He might have developed contacts but was not involved in decision making.”

University of Queensland economics professor John Quiggin said Mr Hockey’s spell as ambassador meant there was no inference that the job was a “quid pro quo” as sometimes appeared to be the case in post political jobs.

But “its worth noting that he’s gone from selling public assets [as Treasurer] to buying them.”

Professor Quiggin said he would like to see rules that ensured politicians had significant non-political careers before entering Parliament.

“Serving in Parliament ought to be the end of your career not the beginning of it.”

“There are too many cases today where young people work in politics, go on to Parliament, then leave it for something bigger in the finance sector,” Professor Quiggin said.