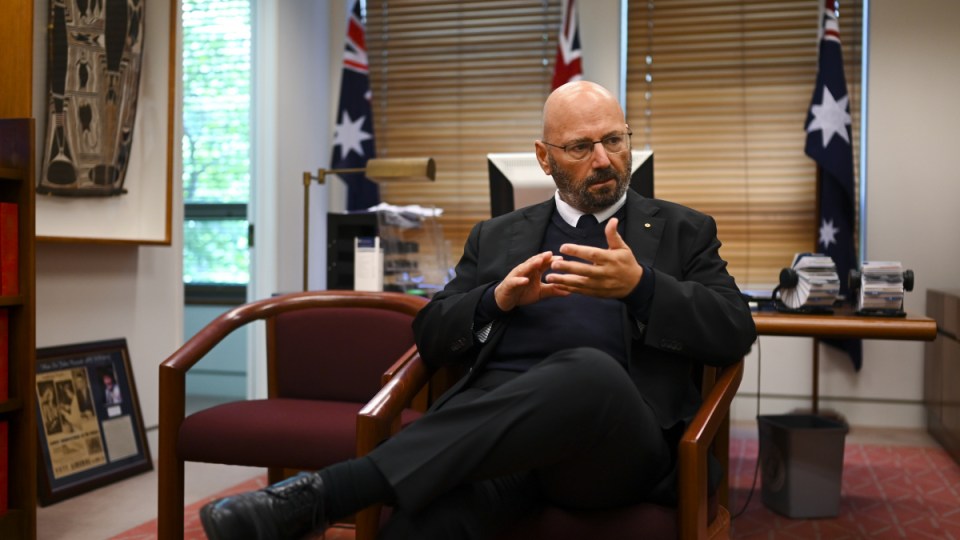 Ambassador to the US Arthur Sinodinos said an inquiry into the origins of COVID-19 is about getting the facts, as was the case after the Ebola crisis. Photo: AAP

Australia’s new ambassador to the United States has added to the growing clamour for an inquiry into the origins of COVID-19.

Arthur Sinodinos, who took over from former ambassador Joe Hockey in February, said an inquiry into the origins of the coronavirus is not about retribution or revenge, but just getting the facts.

Mr Sinodinos warned it would be ‘negligent’ to not carry out the investigation.

COVID-19 was first recognised in Wuhan, China before it became a world wide pandemic, but the Chinese government has taken offence to such an inquiry.

It has even floated a consumer boycott of Australian products in retaliation for the Morrison government’s backing for a global investigation.

Mr Sinodinos, who took over from Joe Hockey as ambassador earlier this year, said he understood the Chinese government being defensive about the prospect of an inquiry.

He said the call by Australian Prime Minister Scott Morrison for such an inquiry is “pretty sensible”.

“We’ve had a major life-changing event, the biggest event probably of our life times,” the former Liberal senator said.

“We did it after the Ebola crisis a few years ago, the World Health Organisation and other bodies looked at what lessons we could learn from that, we have got to do the same again.”

As he said in his final speech to the Senate last year, as an emerging superpower, a strong and prosperous China is in the the best interest of the world.

“But we also have to accept that everyone should live by the same rules,” he said.