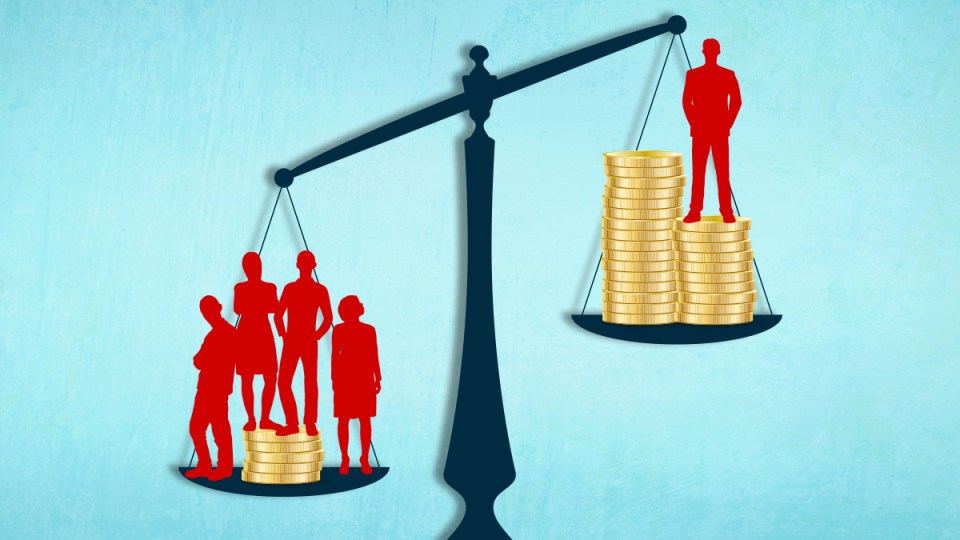 Treasurer Josh Frydenberg closed the first phase of Australia’s response to the COVID-19 pandemic with his economic statement to Parliament on Tuesday.

The immediate health crisis having been – for now – contained, the address made it clear that the “snap back” phase, through which our economy magically returns to normal as social restrictions are lifted, is under way.

The problem is, our “normal” economic settings were creating distinct inequalities before the crisis, and the government’s response so far seems destined to make them worse.

The Treasurer’s address had a distinct tone of “mission accomplished”, as he boasted of the significant spending the government had put in place to “build a bridge” to recovery.

It remains to be seen if this blithe reassurance will convince close to one million newly unemployed workers they will find work again in a depression the likes of which Australia has never seen.

Nor is it certain that it will give the 835,000 businesses relying on JobKeeper to keep five million or so workers on the books the confidence to return to business as usual.

It does, however, seem to be enough to restore the confidence of the sharemarket, with the ASX regaining a significant chunk of its March losses over the past fortnight.

The recovery of the markets, both here and in the US, has economists scratching their heads, as investors bet heavily that earnings will pick up rapidly in 2021.

Yet it’s not hard to understand why confidence has returned to investors even while unemployment is predicted to remain high, and consumption to remain weak for months, if not years.

In short, the markets know that governments have their backs, while households and small businesses are far less certain that support will be there when they need it – and for good reason.

While Mr Frydenberg boasted today of the “largest and fastest injection of economic support the country has ever seen”, he acknowledged it came in three parts: For households, for business and employment, and for the financial system.

The government’s priorities can be seen in when and where the greatest support was directed.

From the first round of stimulus, the financial system was in the box seat.

An immediate move to provide $105 billion in liquidity support for lending by the bank and non-bank sector was quickly followed with regulatory relief to ensure credit flow and help the recapitalisation of ASX-listed companies.

The loans supported by these measures are likely to be skewed towards big corporations to which banks can advance cash with lower risk than would be involved in lending to small businesses with a collapsed customer base.

The focus was on protecting the market, ahead of saving jobs.

Other measures, such as payroll tax relief and the JobKeeper package, have been too slow to arrive, costing many small businesses interest fees on emergency loans as they try to keep going until the cash comes in, while others decline to participate due to the risk involved.

Moreover, the design of JobKeeper has left more than two million workers – including short-term casuals, university staff and temporary migrants – out in the cold.

As for direct support to households, the Treasurer’s figures on Tuesday show they have received the least of the government’s largesse.

Meagre cash payments of $750 to income support recipients and a temporary boost to the dole are slowly winding their way through a bureaucratic maze, leaving many people with no income for weeks.

Further, the result of years of running down public services was laid bare as Centrelink’s systems and personnel were overwhelmed with demand from newly unemployed workers and unable to keep up.

Other measures of which the Treasurer boasted on Tuesday are even more certain to exacerbate inequality.

More than $10 billion has been taken out of Australia’s superannuation savings with 1.29 million withdrawals so far, at an average of $8000 each.

This indicates a large number of people are wiping out their super savings entirely to meet immediate needs.

With most having done so in March and April, they have sold out at the bottom of the market, and won’t realise the gains that independent investors have got from the government’s rescue package for the ASX.

After Mr Frydenberg’s address, one thing is clear: The government that provided the bulk of its support for the economy to big businesses and the financial sector remains committed to a trickle-down approach to fiscal policy.

There is no plan for government to lead the reconstruction.

Quite the contrary: The Treasurer made clear that “[u]nleashing … markets must be central to the recovery, with the private sector leading job creation, not government”.

When economic activity is restored, well over a million people will be out of work.

Many of those still with a job are likely to see their incomes reduced for months and even years.

With high levels of household debt, consumer demand will be depressed and, despite record-low interest rates, business will be reluctant to borrow.

We will need more government spending, not less.

Yet in the Treasurer’s speech, not one of his 3644 words was “stimulus”.

Why the ‘snap back’ could break our economy