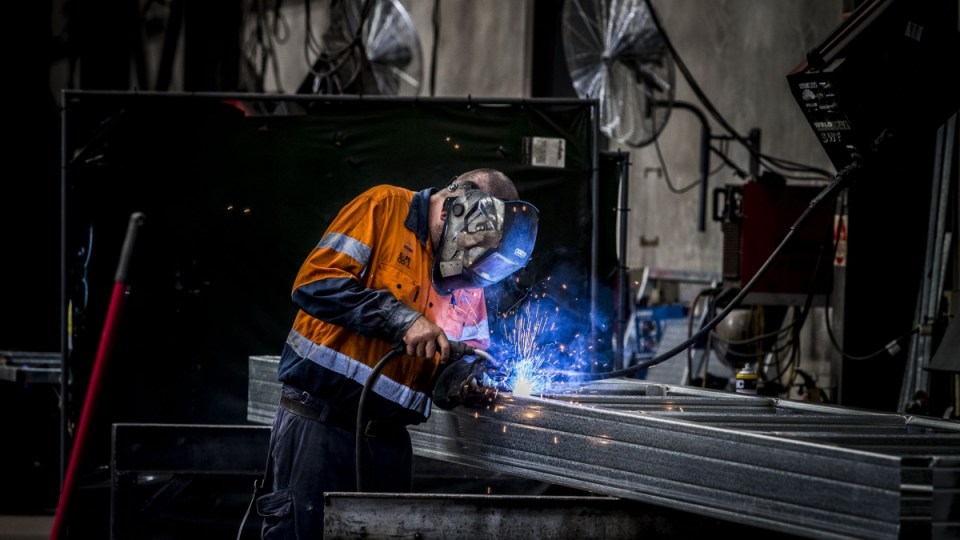 Australia must rebuild its weakened manufacturing sector to power the nation’s recovery after coronavirus, a prominent economist has said.

Bolstering manufacturing will not only ensure the country has enough essential supplies to manage the crisis, it will provide the “productive capacity” needed to rebuild the economy once the virus is contained.

And an abundance of renewable energy means the manufacturing revival could help in the fight against climate change.

A focus on services-led growth had gutted the nation’s manufacturing capacity and left it highly dependent on imports, she said.

But renewable energies present an opportunity for Australia to build a manufacturing sector based on high wages and green credentials.

“Crawling out from this dangerous era of primary commodities dependence is more urgent than ever,” said Ms Pennington, referring to a Harvard University study that ranked Australia 93rd of 100 countries for export complexity.

“Australia enjoys a super abundance of renewable energy. Even with higher labour costs, it’s still going to be cheaper for us to manufacture products up and down the value chain than it will be to ship materials overseas, have them produced there, and shipped back to Australia.”

Australia has lost more than 200,000 manufacturing jobs since 2008 – with many of the remaining positions (912,500) held in lower value-added sub-sectors such as food manufacturing.

Ms Pennington said government must lead the industry towards a more prosperous and sustainable future.

Increased research and education funding – especially for TAFEs and the CSIRO – would boost innovation and overcome skills shortages.

And direct public funding to finance capital investments would help major projects get off the ground.

“Making your own ‘stuff’ requires high degrees of co-ordination across all levels of government, business, unions, and education institutions,” Ms Pennington said.

The call to arms comes after Prime Minister Scott Morrison said in Parliament that the government was working to improve the nation’s “economic sovereignty” by exploring ways to bolster its manufacturing capabilities.

“But it has become apparent that there are some items, specifically, for example, some of the personal protective equipment (PPE), when there is global competition and strong global demand for access to these products, then obviously we were somewhat exposed.”

As a result, many companies have switched their attention to manufacturing essential supplies.

But at the end of March, it agreed to hire 160 workers and produce 145 million surgical masks for South Australia and the National Medical Stockpile.

That came after Med-Con, in Shepparton, Victoria, switched to a 24-7 production cycle and drafted plans to take on an extra 40 staff members to meet a government order of 30 million surgical masks.

The two manufacturers form a long list of local companies that have pivoted towards essential supplies, with the latest announcement coming on Thursday.

Industry Minister Karen Andrews revealed the government had struck a $31.3 million agreement with Victorian company Grey Innovation to lead a consortium of manufacturing companies and engineering firms to produce 2000 invasive ventilators – hopefully by the end of July.

“This is another great example of Australian industry and the private sector working with our government to ensure critical supply of medical equipment during the outbreak of this virus,” Ms Andrews said.

It also shows the incredible collaborative spirit that’s been on display as we respond to this unprecedented pandemic. Companies which are normally in competition are working together for the greater good.’’

The centre’s managing director Jens Goennemann told The New Daily the coronavirus had led to an increase in local manufacturing that must be sustained beyond the end of the pandemic.

He said the nation’s manufacturers must compete with its global rivals on complexity, rather than cost, and that government should increase the funding and length of existing initiatives to support domestic manufacturing.

Why the coronavirus must spark a revival in Australian manufacturing