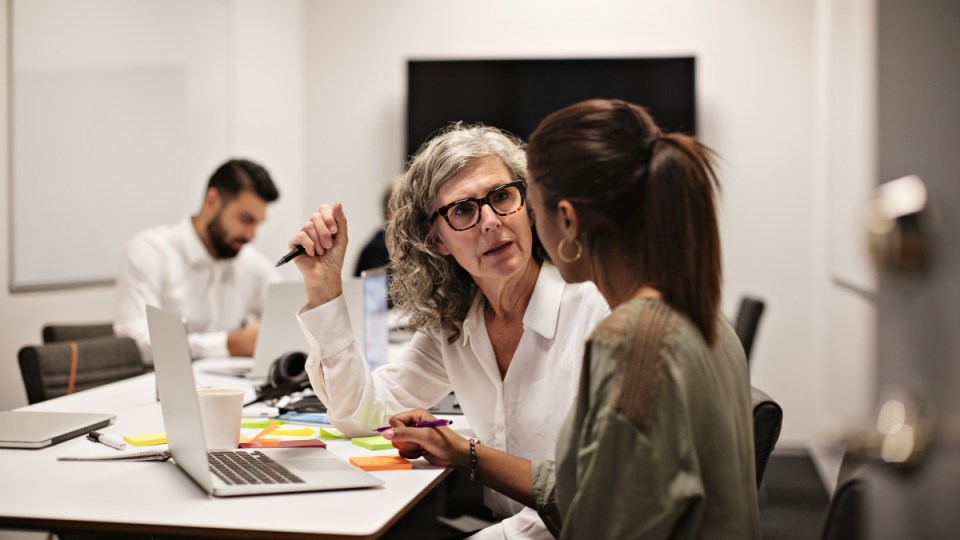 Quoting from the 2015 Intergenerational Report and data from the Parliamentary Budget Office, Treasurer Josh Frydenberg’s recent remarks that older Australians will need to retrain in order to stay employed and work for longer to be less of a “burden” on the budget was a bitter pill for many to swallow.

While forecasts and facts can’t be ignored, the focus must be on how we respond as a society.

Rather than continuing to perpetuate negative and ageist notions of a greying population as being an “economic time bomb”, we need to shift our attention to the genuine opportunities that exist, and are emerging.

Industries and businesses across the world are experiencing talent shortages spurred by declining birth rates and a shrinking working age population. It’s imperative that employers tap into new pools of talent before they fall behind.

There is, in fact, a significant and growing cohort of our society that already exists, willing and able to contribute to business and societal success.

But ageism and under-appreciation is seeing Australia’s most experienced workers being overlooked, resulting in organisations characterised by workforces which are increasingly not future-ready. This is the last major workplace diversity frontier to be addressed.

Now, more than ever, Australians aged 65 and over are continuing to work, motivated by their longevity, challenged personal finances and a purpose-driven attitude. Better health and increasing life expectancy means that the 65-year-old of today is vastly different to that of past generations.

But while our demographics and workforce are changing drastically, our biases towards older people remain unchanged to the detriment of our productivity, economy, health and wellbeing.

More than one-quarter of Australian workers aged 50-plus have experienced age discrimination, according to a 2015 Australian Human Rights Commission survey.

Who of us thinks we have nothing to give because of some random chronological milestone we have met? Bring on fabulous multigenerational workplaces bristling with diverse, engaged workers of all ages learning from each other. @BCAcomau @AHRItweets @AusHumanRights #endageism https://t.co/SQ1LZKKrEQ

And, a recent Australian HR Institute (AHRI) report revealed that more than two-thirds of members admitted they were reluctant to employ workers over the age of 50. According to the ABS, Australians aged 65 and over are the fastest growing age cohort for unemployment (28 per cent for those aged 65-plus compared to minus 1 per cent for all age groups).

It’s no wonder we hold these attitudes when the topic of our ageing population is met with doom and gloom. Treasury’s Intergenerational Report tells us that by 2050, half of all government expenditure will be dedicated to health, age pensions and aged care, and there will be half as many working taxpayers per older person to cover these costs.

We must, however, evolve our societal and individual perspectives to be naturally inclusive, regardless of age. Intentionally or not, so many aspects of society are ageist. In a workforce context, we see it in a language we use such as “mature-age worker” or “older worker”.

Shouldn’t we be referring to these colleagues as “experienced” if it’s even necessary for them to be distinguished at all? Many employers blindly accept false ageist beliefs that those aged 50-plus are unproductive, more costly, set in their ways and technologically challenged.

The reality is that they have far more to offer beyond their own measured performance. They lower costs as they are less likely to leave voluntarily, help to increase productivity of those around them through knowledge sharing, aid the professional development of their direct reports and mentees, and strengthen group cohesion, collaboration and resiliency.

"As societies age, the older population will become increasingly key to global economic growth, both as workers and as consumers." #Ageism is the biggest obstacle to exploiting the #longevity dividend. https://t.co/hDA6utkfBV

Employers and policy-makers have a significant role to play in changing dated workplace practices and policies to better retain and attract experienced workers.

This includes offering arrangements that provide flexibility and accommodate interests outside of work, mapping and redesigning roles to match skills and experience, and understanding how your experienced workforce aligns with your future workforce and customer needs.

Just a quarter of those surveyed by AHRI captured corporate knowledge from exiting experienced workers. Many organisations are now risking their own “NASA no longer has the knowledge to put a person on the moon” moment in the not too distant future.

Critical institutional knowledge can’t be easily replaced, so it’s important that employers manage their workforce in a way that maximises its contributions.

Against a backdrop of significant demographic change, long-term low economic growth and increasing uncertainty, the value of age and experience must be captured to leverage the full potential of a truly integrated Australian workforce.

Companies that fail to do so will lose out competitively to those that do.

Not focused on your experienced workforce? You should be