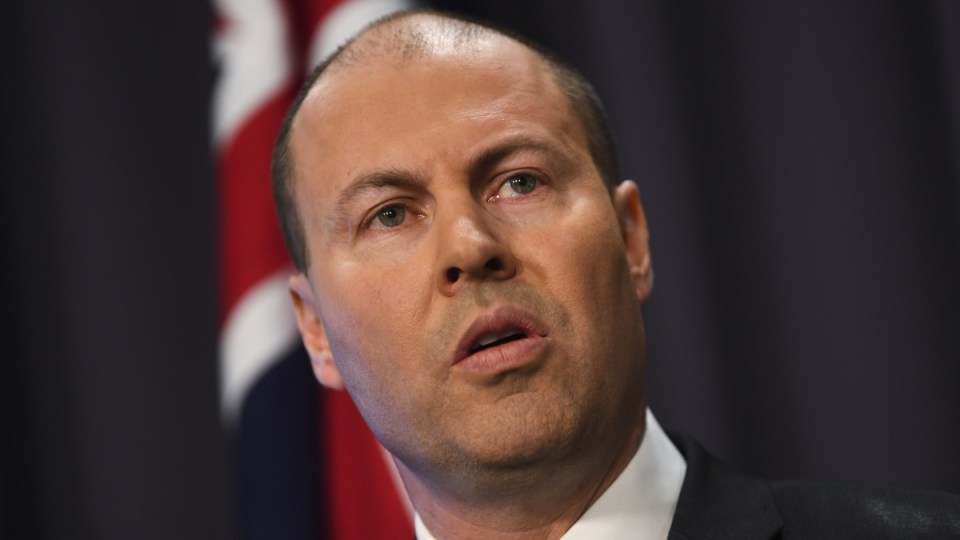 He wants older Australians to work for longer to help keep the nation afloat.

However, Labor has accused the treasurer of simply wanting to keep workers chained to their tools and desks “until they drop”.

Advocacy group Nationals Seniors Australia has also suggested Mr Frydenberg could be unintentionally engaging in ageism by implying older people were a burden.

Mr Frydenberg will use a speech on Tuesday to call for a boost to workforce participation rates for over-65s, in an attempt to grow an economy saddled with debt.

“As a nation, we need to effectively leverage the three P’s – population, participation and productivity – to meet this challenge,” he will tell the Committee for Economic Development of Australia in Sydney.

Mr Frydenberg will also argue keeping the budget in surplus is important to meet the long-term challenge of an ageing population and head off debt bills.

Our economic plan has delivered the first balanced budget in 11 years.

With significant challenges in both the near & longer terms, including from an ageing population, it is critical we maintain fiscal discipline.

My OpEd in @FinancialReview ⬇️https://t.co/oDNkoLmTR5

“If we don’t remain fiscally disciplined today, the next generation will have to pick up the bill tomorrow,” he will say.

“They tried to increase pension to 70. They’ve cut the pension or they’ve frozen superannuation before. There are no new ideas here,” he told Sky News.

“It’s just Frydenberg digging up the old ideas of getting people to work longer.”

Mr Clare said one-quarter of people on the Newstart allowance were over 55.

“How about thinking about how we can help some of those that are on the dole now that are 55, thrown on the economic scrap heap, can’t find a job for love or money,” he said.

He called for more TAFE and training funding to help older people get back into jobs.

Workforce participation for over-65s stands at 14.6 per cent, up from six per cent 20 years ago.

But Mr Frydenberg says 80 per cent of education happens before Australians turn 21.

“This will have to change if we want to continue to see more Australians stay engaged in work for longer.”

He will point to Australia’s higher life expectancy, a growing national median age and a shrinking number of working-age Australians.

“Rather than stigmatise older Australians, we should blame previous treasurers from 1980 who have stood by and watched this happen,” Mr Henschke said.

“Let’s deal with the facts, for example, that older Australians are wanting to work more and longer but they are not getting the work they need.”

“When they do retrain, we know they are experiencing discrimination.”