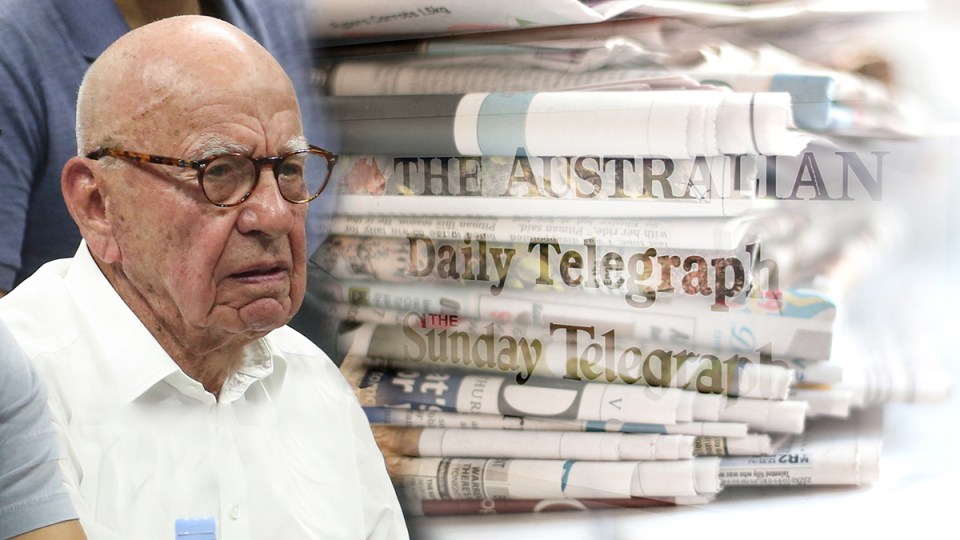 Audiences deserted Rupert Murdoch’s News Corp mastheads in 2019 with its tabloid tub-thumper The Daily Telegraph losing a massive 15.5 per cent of its readership across both print and digital editions, according to research house Roy Morgan.

The performance was reflected in the second quarter’s financial results, which saw the group’s Australian mastheads suffer a 9 per cent revenue hit for the three months to December 31. 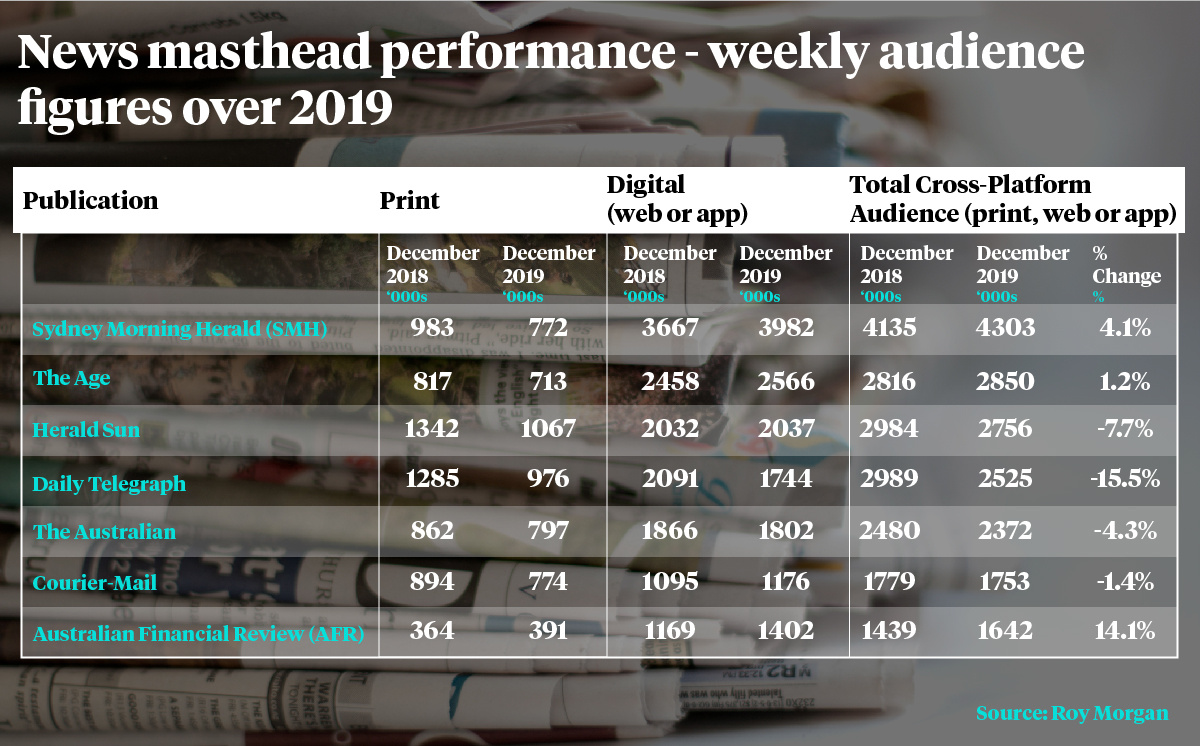 All the News Corp mastheads covered by the Roy Morgan survey fell, with the Herald Sun losing 7.7 per cent of its audience, Brisbane’s Courier-Mail down 1.4 per cent and Rupert Murdoch’s flagship The Australian losing 4.3 per cent of its readers.

At News’ major competitor, Nine Newspapers, the story was different. The Sydney Morning Herald grew its audience 4.1 per cent,The Age scored a marginal improvement, growing 1.2 per cent, while the Australian Financial Review performed best with a 14.4 per cent audience jump.

The AFR was the only masthead to grow both its digital and print audiences. All other print readerships fell, with the News Corp mastheads losing both print and online readers.

“The positions they take are so politically and socially polarising and extreme that perhaps that is influencing readers,” said independent media analyst Peter Cox.

“These are dangerous times [for News] – they hurt themselves with that approach,” Mr Cox said.

The flood of tendentious media and social media reporting in recent years appeared to be hitting reader resistance with La Trobe University media academic Dr Andrea Carson saying in the US the industry had hit “a Trump bump”.

“When publications produce evidence based research and journalism they see a significant increase in public support and subscriptions. That is evident at publications like Pro Publica, the New York Times, the Washington Post and the Los Angeles Times,” Dr Carson said.

“That is evident in the UK and the US and [to a point] in Australia, which typically follows a few years behind.”

Australia was generally a drag on New Corp’s international results with the local newspaper revenue fall of 9 per cent being the weakest in the group. The poor Australian performance was driven by declines in the “print advertising market”.

There was some relief: digital subscriptions at News Corp Australia’s mastheads – as of December 31 – were 566,600, compared to 460,300 in the prior year, the company said.

But those digital subscriptions were not enough to make up for declining print and digital advertising at News.

Revenues from Foxtel were down 6 per cent with viewers dropping high-margin subscriptions. The pay-TV service actually rose over all Foxtel’s operations by 3 per cent.

But viewers switched from traditional pay TV to the internet-based streaming services of Kayo (which screens sport) and Foxtel Now, which deliver far less profit to the group.

“Do people trust and believe what’s in news mastheads? No. But more so than on social media.”

As a result, news organisations could benefit by building the credibility of their mastheads, he said.