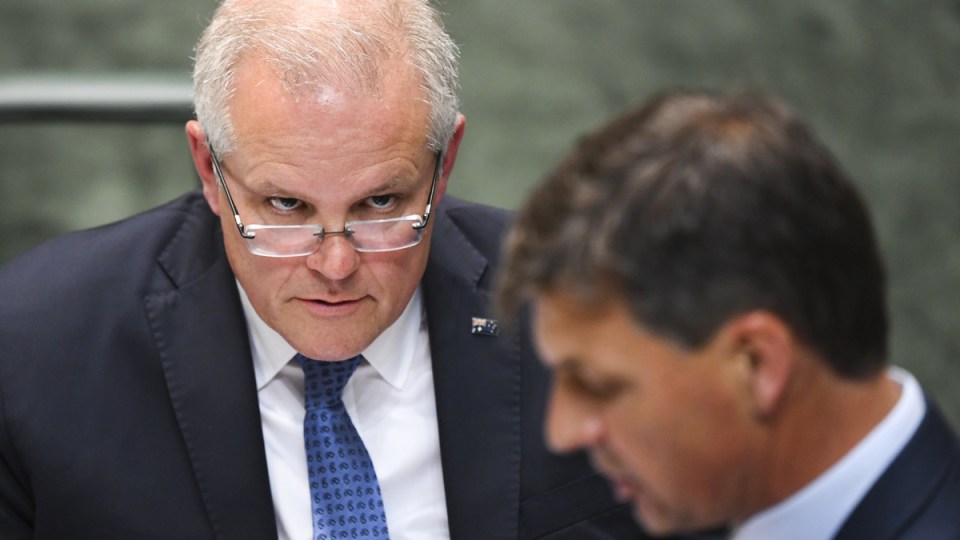 The Coalition’s unwavering support for the coal industry has been met with sharp criticism as more businesses distance themselves from the controversial commodity.

Prime Minister Scott Morrison delivered a spirited defence of coal mining in Canberra after the world’s largest fund manager, US-based company BlackRock, revealed it will cut its investment in the other black rock – thermal coal.

Mr Morrison said the industry is worth “about $70 billion dollars ” and is vital to many communities around the country, and transitioning away from coal could “[pull] the rug from regional communities”.

“We will continue to maintain a very focused and balanced approach to ensure that we do what is in Australia’s interest,” he said.

“What they’re doing is really dangerous for those communities and workers that are currently relying on on fossil fuel production by giving them this false hope of the future of their industry,” he said.

Taking too long to act could mean those communities lose out on jobs with more sustainable long-term prospects, he said.

“This federal government is becoming more and more isolated in its adherence to this rosy view of the future of coal, which is proving to be wrong” he said.

“The International Energy Agency (IEA) forecasts a steady increase in demand for Australia’s world-class coal from Asia,” he said.
“The IEA notes that multiple predictions of terminal decline in demand for coal have been proven wrong and that India and Southeast Asia rely on coal to build infrastructure for their rapidly growing populations.”

Instead of transitioning away from coal, Mr Lind said carbon capture, utilisation and storage could be used as “a viable path to long-term large-scale emissions reduction”.

“Nations can continue to use coal for reliable, affordable power while reducing the impact of its use on the environment,” he said.

I believe we are on the edge of a fundamental reshaping of finance.

The company now plans to sell off the publicly-traded thermal coal shares it currently holds in its some of its managed funds.

BlackRock is the latest in a growing number of financial institutions to extricate itself from coal, with ANZ, Commonwealth Bank, and multiple super funds also cutting down their investment holdings.

Even coal producers have signalled plans to exit thermal coal.

Last year, BHP told investors it had “no appetite” to expand its coal projects and warned that thermal coal could be “phased out” of the energy mix “sooner than expected”, and Glencore placed a cap on its thermal coal production.