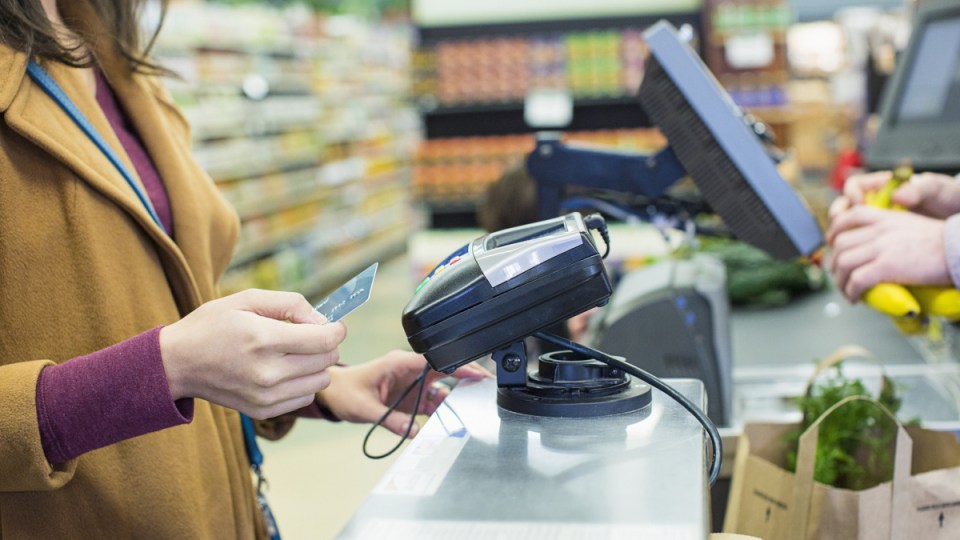 Fresh data has revealed the Coalition’s tax cuts have failed to boost consumer spending, prompting one economist to sound the alarm over an “impending recession”.

That’s the weakest growth in household spending since the beginning of the global financial crisis, and comes after a $5.4 billion increase in annual tax refunds, according to the Australian Taxation Office.

In the eyes of Centre for Future Work director Jim Stanford, the ABS figures are proof the tax cuts have failed to stimulate the economy.

“Consumer mentality is as bad as it was when the global financial system seemed to be falling apart,” Dr Stanford told The New Daily.

“There were signs in the national accounts of the savings that consumers got from the latest tax cut – income taxes paid fell by $4 billion in the quarter, so it was an expensive measure – but it had absolutely zero impact on consumer spending.”

Dr Stanford said that was partly because wages are growing below their long-run average, and partly because household debt as a percentage of income has reached a record high of 202 per cent. 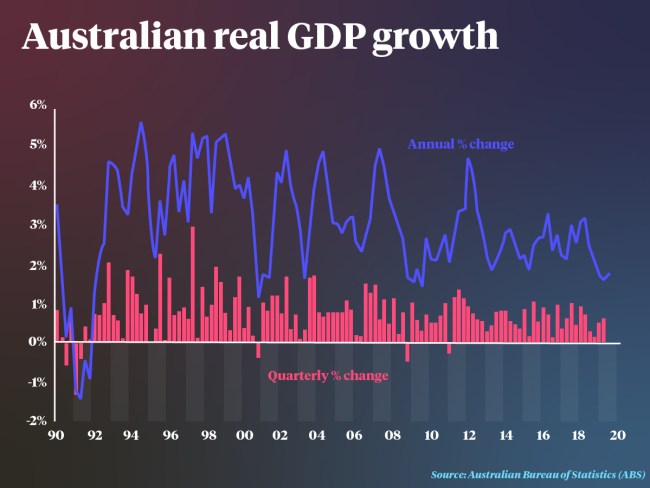 ABS figures show annual wages growth dropped to 2.2 per cent in the September quarter – well below the historical average of 3 to 4 per cent a year.

Meanwhile, the closely followed ANZ-Roy Morgan consumer confidence survey shows confidence in the economy is at its lowest level in four years.

“People are worried about where the economy is going, so what did they do with the [tax offset]?” Dr Stanford said.

“They used it to pay off their credit card, or to put a little money aside, they did not spend it. They absolutely spent nothing.

“Nothing from the $4 billion tax cut is visible in consumer spending.”

Weak consumer spending is worrying for a few reasons.

Firstly, it’s almost impossible for the economy to perform well without a strong household sector, as consumer spending comprises roughly 60 per cent of GDP.

And, secondly, it could feed into further declines in household consumption if enough people start to worry that a recession is just around the corner.

“And the government has made it worse, by facilitating precautionary spending with a completely ineffective tax cut, at the exact moment that we need more spending, not less.”

Dr Stanford said the government should have increased its infrastructure spending and focused on ways to kickstart wages growth, rather than trying to “buy off consumers with a one-time tax cut”.

He said the government should remove the cap on public sector wages; lift the country’s minimum wage; restore the penalty awards that were recently taken away from 500,000 hospitality workers; and start to rebuild collective bargaining, rather than “vilifying and criminalising trade unions”.

Restoring wages growth to 3.75 per cent would boost incomes by $12 billion, three times the value of the tax cuts, he said. 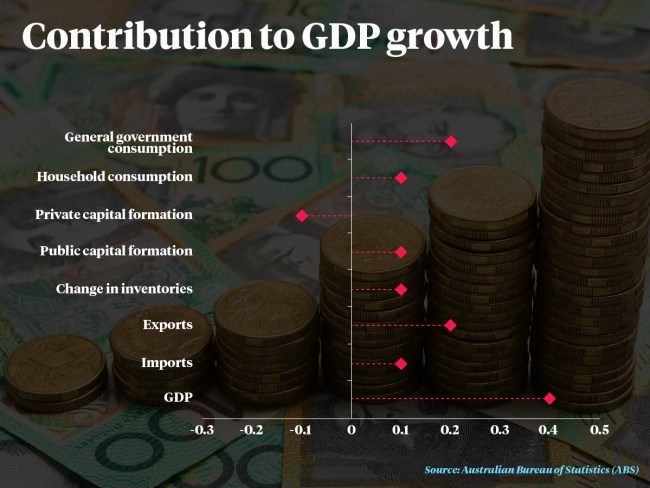 He told The New Daily the tax offset was never going to be large enough to get people spending, given Australia’s record high debt levels.

“I supported the tax cuts. I think they were a good idea. I just thought [the government] should have brought forward the whole suite that they announced, rather than stagger them over many, many years,” he said.

“And of course the desire to keep the budget in surplus – even a small surplus – was the obvious reason why they didn’t do that.”

But the government has made it clear that it won’t risk its budget surplus.

“The messaging is all around, ‘we’re doing the right things, we’re spending $100 billion over 10 years on infrastructure’, which is really not all that much money, and ‘everything’s under control and things will turn around’, and I can’t see them changing,” Dr Holden said.

“To reverse course would look exactly like panicking … and exactly like [accepting] the economy is weaker than everyone in government predicted.”

The latest GDP figures come after the Reserve Bank held interest rates at 0.75 per cent on Tuesday.

The central bank is predicting the economy to grow by 2.75 per cent next year and 3.0 per cent in 2021, while Treasury is forecasting growth of 2.7 per cent in the current financial year.

Dr Holden said those forecasts were optimistic – especially given iron ore prices are falling and company tax receipts are also predicted to come down.

“We’re at 1.7 per cent on an annual basis. We’re basically not growing on a per capita basis and haven’t been for some time,” he said.

“If we’re sticking in the ones, that’s a terrible result.

“And there doesn’t seem to be any obvious reason [to suggest] we’re going to get out of that.”