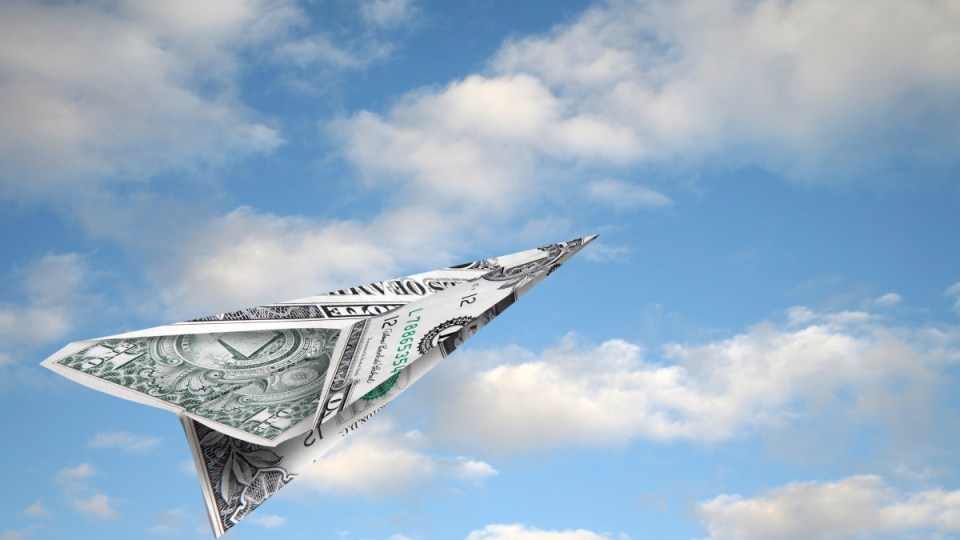 Airlines are hiking airfares after being caught by surprise by war, passenger numbers, and lack of staff. Photo: Getty

Travel-hungry Australians are forking out hundreds of dollars more for their flights than they were pre-COVID-19 as prices spiral out of control.

Understaffed airlines and airports have been caught on the back foot by an unexpectedly high number of people keen to travel after years of closed borders, with the war in Ukraine also jacking up fuel prices.

This is an increase of about 14 per cent from the same period in May.

Webjet CEO David Galt said costlier airfares mean Australians should book flights well in advance to lock down competitive prices, especially before peak seasons such as the Christmas period or the 2023 European summer.

“I’ve never seen international airfares this expensive, other than when the borders were closed during the pandemic,” he said.

“It’s nuts. The domestic airfares, even on Jetstar and Rex, which are traditionally cheaper options, have been really quite expensive lately.”

July has traditionally been a more expensive period for travel than May, given it is when Australian school holidays and summer holidays in the northern hemisphere collide.

But Graham said the reported 14 per cent average increase of ticket prices is higher than the typical seasonal price hike of five to 10 per cent.

There are several factors driving up prices, and none are likely to resolve themselves in the immediate future.

Globally, airlines and airports laid off staff during the pandemic as travel all but ceased while the world tried to control the spread of COVID.

They were slow to lure back workers when border restrictions began lifting late last year, which Graham largely attributes to the likes of the International Air Transport Association (IATA) predicting that travel numbers wouldn’t fully recover until 2024.

“That’s what the airlines were basing their assumptions on when they were planning what kind of schedules they are going to be flying six months or 12 months into the future,” Graham said.

“I don’t think anyone expected the demand to come out as quickly.

“Aviation is not an industry where you can just turn off the tap and turn it on again at full blast.”

Understaffing means that delayed or cancelled flights, blown-out security lines and lost baggage have become the new norm in domestic and international travel.

These issues have frustrated travellers, and forced airlines such as Qantas and airports like London’s Heathrow to impose caps on passenger numbers – which has put further upwards pressure on airfares as demand outstrips supply.

Qantas CEO Alan Joyce said in March that limited oil supplies with expensive price tags from Russia could translate to an airfare hike across Australia, with ticket prices likely to rise by 1 per cent for every $4 increase in oil prices.

“A lot of the ways that people used to get to Europe are no longer really viable … like those flights from Japan that go over Russia, they can’t do that any more,” he said.

“Those flights have been cancelled, or they’re routing around Russia, which adds four or five hours to the flight, which is not viable with the fuel prices where [they are].

But all the issues plaguing the travel industry aren’t turning off aspiring globetrotters.

Finder data shows 57 per cent of Australians are planning a getaway in the next 12 months – up from 49 per cent in December.

Graham said he would still encourage people to travel, but said they should take steps to make the process as painless as possible.

He spoke from recent experience, having just returned from international travel in which he experienced the travel industry’s lost baggage struggle.

“Going down the escalator into the baggage claim at airports like Montreal or Vancouver, you just see a sea of missing bags … sitting there, and no one’s doing anything,” he said.

“That’s the overflow – how many bags are there in the actual baggage storage area that have been unclaimed? It’s just an absolute mess.”

Graham said travellers should try to book direct flights rather than connecting flights to minimise the risk of missing connections due to delays or cancellations, get travel insurance, and consider investing in Apple AirTags to help find any missing luggage.

‘It’s nuts’: War and understaffing pushes up airfares – with no end in sight