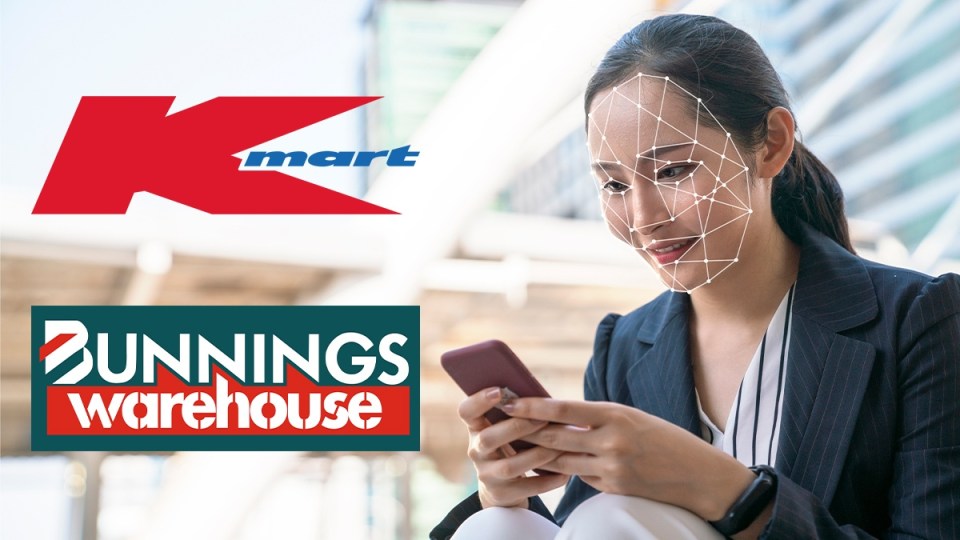 The controversial facial recognition technology is being investigated by Office of the Australian Information Commissioner. Photo: TND

Bunnings and Kmart have put a pause on using facial recognition technology in their stores amid an investigation by the privacy watchdog.

Bunnings, however, insists its use of facial recognition has been mischaracterised.

It temporarily switched the technology off in stores ahead of a platform shift earlier this year, and has since informed the privacy watchdog it will not be reverting to it for the time being.

Supermarket giants Coles, Woolworths and Aldi are among 17 major retailers that say they have no plans to introduce the technology, according to consumer group CHOICE.

“We know the community are really worried about the use of facial recognition, with some describing it as ‘creepy and invasive’,” consumer data advocate Kate Bower said.

The technology in Bunnings is used purely to protect staff from organised retail crime amid an uptick in aggressive and violent behaviour, managing director Mike Schneider said.

He points to shoppers who have spat at, punched, and pulled knives on team members, along with thieves.

Those individuals are banned from stores, and some have their image displayed in the retailer’s system.

“If a particular Bunnings store has facial (recognition), and not all of our stores do, the camera will scan your face,” Mr Schneider told AAP.

“It will map it back to the database, and if it doesn’t recognise it, no data is held.”

If the camera does ‘recognise’ a face, their image goes back to Bunnings’ loss-prevention team, which determines whether there is a genuine match and they should call the police.

“That’s what’s been so frustrating for us in the way that this has been characterised by CHOICE,” Mr Schneider said.

“It’s not in any way designed to look at shopping patterns or anything else, it is purely there for the wellbeing of our team.”

Kmart has also temporarily stopped using facial recognition while an investigation by the Office of the Australian Information Commissioner is underway.

Its stores use the technology to combat criminal activity such as refund fraud, Kmart said, with an official adding: “We do not use this technology to track customer behaviour or for marketing purposes.”

The Good Guys have also paused a trial of the technology pending the investigation’s outcome.

Bunnings and Kmart have come under intense scrutiny since CHOICE raised the alarm about the use of facial recognition without customer’s knowledge or consent.

A July CHOICE survey showed 80 per cent of respondents believe Bunnings and Kmart should stop using the technology.

University of Melbourne law professor Jeannie Paterson argues there are no circumstances under which a retailer could justify its use.
The Privacy Act requires data collection to be reasonably necessary for a store’s functions.

It also requires notice of a store’s data collection practices. For sensitive data – such as biometric information – the individual has to actively consent.

“A small sign outside a store does not indicate consent,” Professor Paterson said.

Customers are less interested in the pay-off for brands, and more interested in what is in it for them when it comes to giving up their personal information, Swinburne University of Technology senior marketing lecturer Dr Jason Pallant said.

“Our message to brands and retailers is … show it to consumers and prove to them that it improves the experience that they get,” he said.