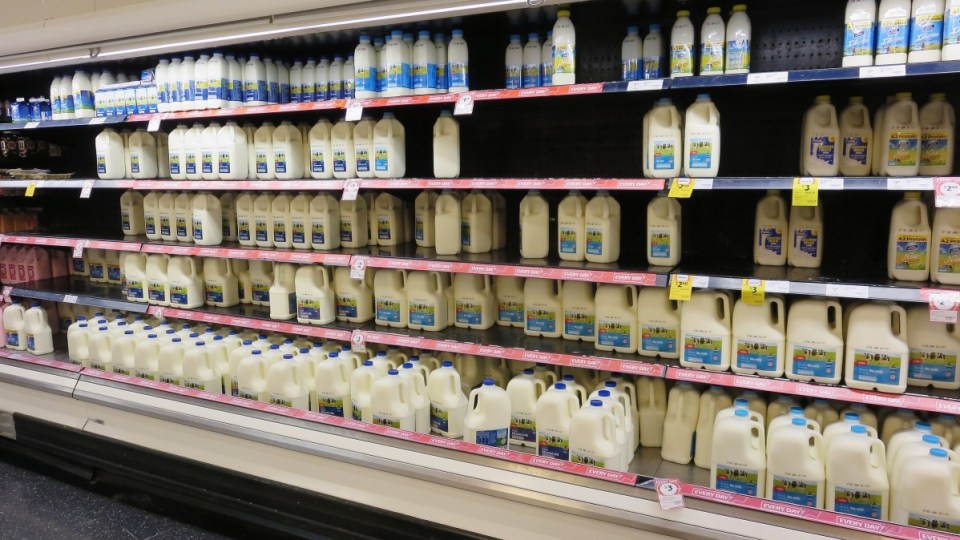 Shoppers are about to get another hefty hit at the checkout, with Coles lifting the price of its milk by the highest increase in a decade.

“Raising prices is never something we do lightly. However, the increased supply chain costs we are seeing, including higher payments to dairy farmers and processors, have necessitated these increases on Coles Brand milk products.”

Coles said it was also paying more to source, transport and package its milk.

In June, the supermarket giant signed updated contracts with 100 Australian dairy farms to supply milk for its own brand. The deals included an increase to farmgate prices, including for farmers who already had multiyear contracts with Coles.

“The feedback we’ve received from farmers and processors following the recent increases in farmgate and wholesale prices has been very positive, and we hope customers will help us continue to support them by purchasing their great quality Australian milk,” Ms Weckert said.

“This is especially important as farmers face pressures from rising costs of production, with many still recovering from the devastating impacts of recent unprecedented weather events,” he said.

The milk hike is the latest to hit consumers, who have already faced rising prices across supermarket aisles this year as the cost of living soars.

Late last month, wholesaler Metcash – which supplies independent grocers such as IGA – said nearly two-thirds of its suppliers had sought to raise prices in the previous financial year, some multiple times.

Inflation across the food part of the business peaked at 5.3 per cent in April and 4.5 per cent in May, Metcash said.

The Westpac-Melbourne Institute Index of Consumer Sentiment, the ANZ-Roy Morgan Australian Consumer Confidence Rating and the NAB Monthly Business Survey – all released on Tuesday – indicated that sentiment, particularly among consumers and mortgage holders, is bleak and getting bleaker.

AMP senior economist Diana Mousina said the declines in both consumer and business confidence were expected, “given high recession fears domestically and globally, persistently elevated inflation [especially for essentials like utilities, petrol and food] and fast rises in interest rates”.

The Westpac survey, a poll of 1200 respondents conducted from July 4-7, dropped another 3 per cent in July to 83.8 points, its seventh consecutive monthly fall.

Business sentiment has held up better than consumer confidence, but NAB’s monthly survey for June showed a drop to a below-average +1 index point.

“Confidence in the retail sector took a significant hit, falling more than 20 points to be well into negative territory, reflecting concerns about the outlook for household spending,” NAB chief economist Alan Oster said.