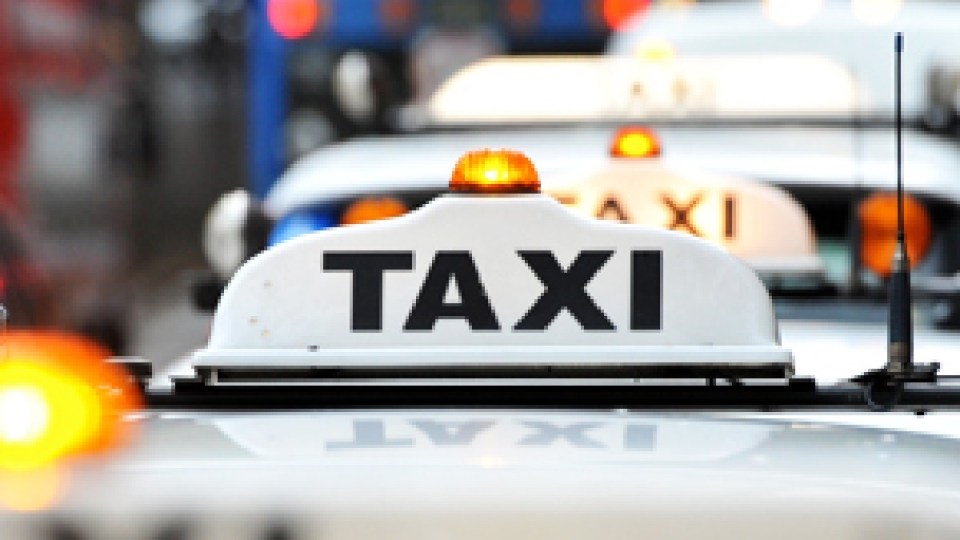 Taking a taxi home and unlocking the front door to let himself in used to be a highlight of 26-year-old Jordan Crook’s day.

These small, everyday actions were the Melbourne man’s only taste of independence.

As someone who suffers from Down syndrome and dyspraxia, among other health issues, Jordan is largely dependent on the help of others, and cherishes the few opportunities he gets to be independent.

So when his pre-booked taxis stopped showing up to collect him from his day program, and Victoria’s commercial passenger vehicle regulator failed to deal with his family’s complaint, Jordan had to forfeit the little personal autonomy he had left.

Far from unique, his experience points to a deeper problem with Australia’s taxi industry: Drivers and booking companies are getting off scot-free when they leave would-be passengers stranded, as public transport watchdogs are focusing their attention elsewhere.

Jordan had been using a permanent booking with taxi booking company 13cabs for three years before the relationship soured in October 2021.

That’s when the pre-booked cabs started arriving up to 45 minutes later than agreed upon – or just didn’t show up at all.

The no-shows left Jordan feeling angry and frustrated, and his mother Karen Crook was charged $30 for every 15 minutes he remained at his day program after hours.

When Karen rang 13cabs to complain, the company’s attitude reduced her to tears.

“It was like, ‘Well, what do you want me to do about it? I’ve put in a request, and we can’t make the drivers take the job’,” she said.

In Victoria, consumer taxi complaints are dealt with by Commercial Passenger Vehicles Victoria (CPVV), but CPVV doesn’t address them unless they are safety related.

So when Karen took her complaints to CPVV after her emails and calls to 13cabs failed to make a difference, all CPVV could do was forward the complaint back to 13cabs.

In mid-April, after Jordan waited an hour for a taxi that never showed up, Karen cancelled Jordan’s permanent booking with 13cabs.

He now catches a bus home provided by his day program – an option Karen was trying to avoid.

“I didn’t want him on [the bus] to begin with because … conflicts can happen amongst the guys when they’re tired, and they’re strong,” Karen said.

TND spoke to another 13cabs customers in Victoria who was also inconvenienced by a driver no-show, and has since launched legal proceedings with the Victorian Civil and Administrative Tribunal.

Ultimately, 13cabs is protected from complaints about late taxis and no-shows by a clause in their terms and conditions that states 13cabs “make no representations about the suitability, reliability, availability, timeliness and accuracy of the … services”.

In other words, the company takes no responsibility for taxis failing to show up.

University of Melbourne professor of law Jeannie Paterson said pre-booked rides not showing up is a real issue.

She told The New Daily pre-booked rides legally don’t have to fulfil the booking, but it’s also possible their obligation to provide services with “reasonable care and skill” extends to providing direct notice if a taxi is unavailable.

“It is possibly also misleading to indicate the ride is coming and then not appear,” Professor Paterson said.

“The presence of a term in the fine print doesn’t change this.”

Exact numbers on taxi complaints are nigh-on impossible to find in Australia, but the data that is available points to hundreds of complaints every year at least.

And people with disabilities are particularly affected.

Australian Federation of Disability Organisations CEO Ross Joyce said taxis are typically the most convenient and accessible forms of transport for people with disabilities, especially once passengers develop a good rapport with a specific driver and can call them directly to book a trip.

“What we’re talking about is people with a disability just being able to live an ordinary life, like everyone else,” he said.

“But the barriers that are put up by not having accessible transport … by other demands being put on those vehicles and they’re not available for people with disability, means that they’re disadvantaged unlike everybody else was in community.”

Mr Joyce said part of the problem is that relevant state and territory transport bodies don’t have enough power over the industry.

“There needs to be greater teeth given to [these bodies] to actually impose penalties and make sure that things are getting resolved,” he said.

No one keeping watch

As in Victoria, transport bodies in New South Wales and Queensland forward passenger complaints they receive back to taxi service providers if the issues raised do not breach transport legislation or safety requirements.

Other states and territories pay more attention to consumer complaints, but with varying levels of detail.

Australian Taxi Industry Association CEO Blair Davies said before 2015-16 reforms to the taxi industry, which were sparked by Australia’s legalisation of ride-share services, state transport departments were like a “one-stop shop” for complaints.

But now, passengers don’t know where to go to raise concerns.

“A trouble for the consumer is, where do you go?” he said.

“Many of the entities that now have responsibility for looking at these sorts of complaints didn’t used to look after them, and haven’t embraced the new responsibilities that they have.”

Mr Davies said another factor is individual taxi drivers aren’t directly employed by booking services such as 13cabs, and he emphasised the industry’s driver shortages – which have made been worse by COVID border closures.

Mr Davies said Australian taxis are also dispatched using computer algorithms that have “no way of knowing” where taxis will be until 30 minutes before a booking.

But he admitted booking service providers occasionally accept bookings even when the taxi fleet is fully booked.

What needs to change to protect consumers

In the mind of NSW Taxi Council deputy chief executive Nick Abrahim, a centralised complaints system for taxi passengers would be one of the most effective tools to address consumer issues – and in states like NSW, it has been done before.

Until 2017, the state’s Roads and Maritime Services had a customer feedback management system that filtered and managed passenger complaints.

But Mr Abrahim said regulatory changes in 2017 shifted oversight of customer complaints to the taxi companies, something that has led to more “unsatisfactory” experiences for passengers.

And he’s not alone in this opinion.

In 2020, an independent review recommended NSW should reinstate a ‘centralised complaints-handling system’, but the state government refused on the basis that this would confuse accountability and add ‘complexity and delay’ for passengers.

A 13cabs spokesperson told TND the company “apologises unreservedly” for difficulties faced by customers, but stood by their booking service, and argued against centralised complaints services, which they labelled ineffective.

“That responsibility is better placed with the booking companies themselves,” the spokesperson said.

“It is also important to note that Commercial Passenger Vehicles Victoria do have oversight in regards to ensuring that booking companies have a robust complaint-handling system in place.”

Consumer Champion founder Adam Glezer said if companies can’t guarantee that a taxi will show up when customers make a booking, they shouldn’t be allowed to lull people into “a false sense of security” by taking bookings in the first place.

Paraphrasing Jerry Seinfeld, Mr Glezer said the most important part of a reservation is holding the reservation.

“They should not be allowed to take any bookings if they are not going to be able to fulfil their obligation,” he said.

Mr Glezer said the repercussions for letting down passengers should be serious enough to deter taxi drivers and booking services from doing the wrong thing.