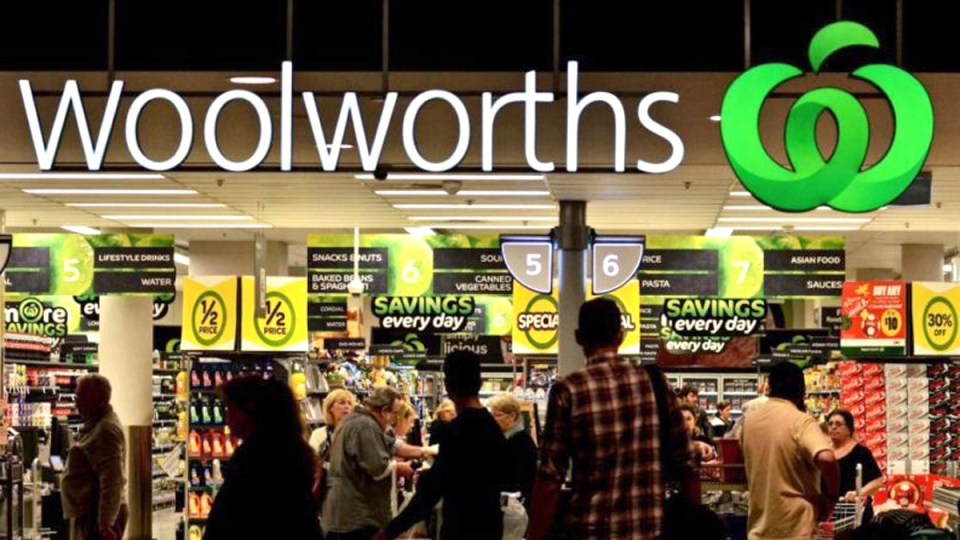 Woolworths will temporarily freeze prices on a range of household essentials in a bid to relieve cost of living pressures for its customers. Photo: AAP

Woolworths will freeze prices on hundreds of household essentials for six months, as shoppers battle with surging inflation.

The full details will be outlined in an email to customers on June 16, with chief executive by Brad Banducci announcing prices will be frozen until the end of 2022 on stacks of common grocery items, from frozen goods to nappies.

The move came as Australian households grapple with the rising cost of living – and amid warnings inflation will spike further in coming months.

It’s the first time Woolworths has frozen prices in its 97-year history.

“The challenges we’ve worked through together in the last two plus years have been unparalleled – from droughts and fires to COVID, floods and supply shortages and now inflation and the pressure on households’ budgets,” Mr Banducci wrote.

Shoppers have also been warned that recent floods and the early winter cold snap mean supermarkets will struggle for weeks to guarantee supplies of some fresh produce. Mr Banducci urged customers to make the most of seasonal produce.

Woolworths’ move is likely to be a winner with shoppers, who have faced steadily rising prices in the past year.

Consumer Price Index data shows the cost of fruit and vegetables has grown by 6.7 per cent, while meat and seafood is up by 6.2 per cent.

The price of dairy and dairy-related products surged by 4.1 per cent, and food products by 4.2 per cent.

On Tuesday night, Reserve Bank governor Philip Lowe warned Australians that inflation was likely to hit 7 per cent by the end of the year.

“That’s a very high number and we need to be able to chart a course back to 2-3 per cent. I’m confident we can do that but it’s going to take time,” Dr Lowe said in a rare television interview on ABC’s 7.30 on Tuesday.

Also on Wednesday, the Fair Work Commission recommended a 5.2 per cent lift in the minimum wage – a decision that affects about 2.6 million Australian workers. The wage rise will be a welcome boost to their ability to pay rising bills – but is also likely to add at least some short-term fuel to the nation’s spiralling inflation.

Rival supermarket chain Aldi said it had no plans to follow Woolworths’ model.

“Rather than promotions on a select-range of goods, we believe that offering low prices everyday across our whole range delivers more meaningful savings that Australians can rely on,” it said.

Coles is yet to respond to The New Daily’s request for comment.

Woolworths’ list includes plenty of non-perishables, but shoppers are also struggling to find many of their favourite fruit and vegies, as extreme weather wreaks havoc on supply chains.

“The first has been the floods that we all remember that went through south-east Queensland, northern NSW. That damaged crops but it also stopped the farmers being able to plant,” he said.

“That is then being compounded with one of the coldest winters in decades.

“So the crops that we have managed to get into the ground, they’re not growing as fast as they normally would do.”