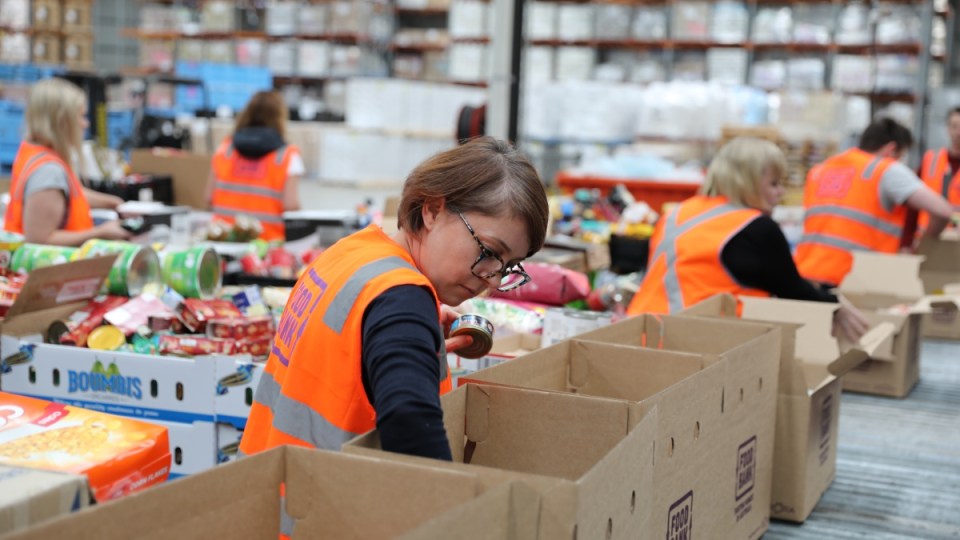 More than one million people every month are relying on Foodbank to help feed their families, with reports of households forgoing hot showers and choosing between eating and heating.

The nation’s largest hunger relief charity said demand has spiked to 50 per cent above pre-COVID levels in response to surging inflation, with one in three of the charity’s current clients having never sought assistance in the past.

“These are people who have never even known the term Foodbank, let alone had to Google it,” said Foodbank Australia CEO Brianna Casey.

“One thing that we are trying to make really clear to everyone in the community is that there is no shame in asking for help.

“The worst possible outcome for us is knowing that there are hungry families out there who don’t know how to access food relief, or are too embarrassed to ask for that help.”

OzHarvest, a charity that takes surplus food that would otherwise go to landfill and gives it to charities that help feed people in need, has also experienced an uptick in demand.

Over the past three months, the number of people searching for food relief on its website has gone up by 22 per cent to 53,000 searches a month – which is about 62 per cent higher than before the pandemic.

OzHarvest CEO and founder Ronni Kahn AO said the last month in particular has seen a spike in demand for the organisation’s partner charities.

“One charity in Coffs Harbour said in the last month they have gone from helping an average of 60 people a day to 90 – pointing to the unaffordability of fuel, food, and specifically housing and rent,” Ms Kahn said.

“At our OzHarvest Market in Waterloo, the line of customers goes right round the building before we open.

“In the last month we’ve gone from serving 1400 a week to 1700 – many are completely new to needing food relief and are struggling to make ends meet.”

At the same time, charities are struggling to source as much food because grocery prices are rising and donations are slowing.

Foodbank says 75 per cent of its food comes from supermarkets, producers and brands donating excess, imperfect or discontinued items.

But when these donors have less produce to donate – as is happening right now – the charity has to buy food from supermarkets directly.

And because prices are rising, they cannot afford to buy as much food to give to people in need.

“Historically, we could turn $1 into somewhere between five and $7 worth of food,” Ms Casey said.

“But right now it’s more like $3 to $5 worth of food. So our gearing is unfortunately affected quite negatively by these increased growth grocery prices as well.”

The increased demand for food relief comes as millions of Australians struggle with the rising cost of essentials such as electricity and petrol.

One Big Switch found some households have already seen their bills rise by up to 285 per cent, while petrol prices have consistently hovered around $2 per litre all year.

“It’s a time that we’ve not seen before – where we have so many contributing factors to food insecurity happening all at once,” Ms Casey said.

“We do see people making choices between heating and eating. We’re hearing an increasing number of families are not having hot showers because they need to be able to run a hot bath for their children.

“These are impossible choices that are being made.”