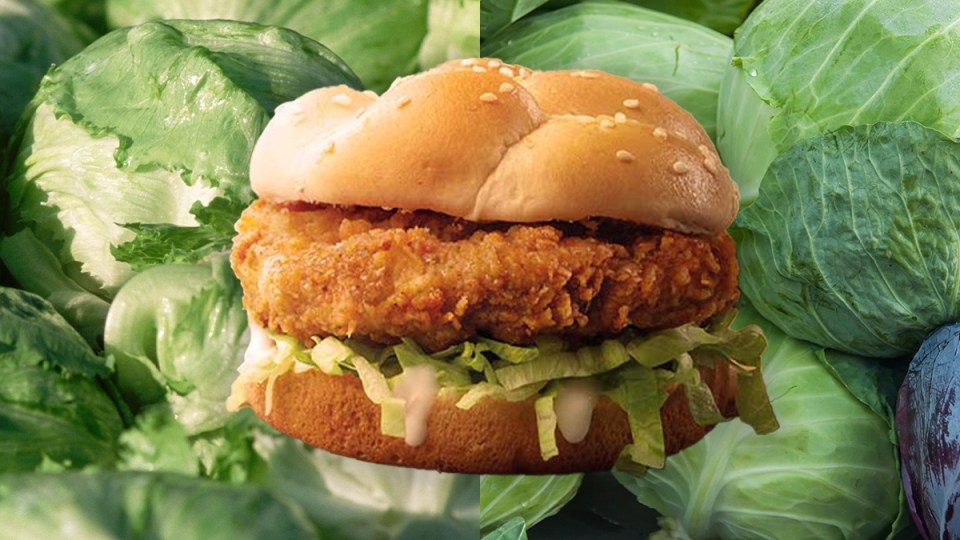 Extreme weather is being blamed for a shortage of lettuce that has prompted fast food chain KFC to put cabbage on its burgers and led to soaring prices.

KFC notified customers that due to the shortage, it would use a “blend of lettuce and cabbage” in its outlets until supplies returned to normal.

The cabbage blend substitute will be used in restaurants across Australia, except in Western Australia and the Northern Territory.

KFC attributed the menu change to “lettuce supply chain disruptions due to the impacts of the recent Queensland and NSW floods” that had devastated the crops in those states.

The fast food giant said customers who didn’t like cabbage could ‘customise’ their order and “remove lettuce from the recipe”.

General manager of fruit and vegetables Paul Turner said the supermarket chain was struggling to source lettuces, as well as zucchini, beans, broccoli, berries and some varieties of tomatoes.

“We are doing everything we can to bring the best-quality Australian fruit and vegetables to our stores while continuing to support our growers through challenges,” spokesman Adrian Christie said.

Mr Cain told The Australian‘s Global Food Forum last week that the supermarket had “got five times as many requests for price increases as we had last year”.

“And they’re not small amounts,” he was quoted as saying by The Australian.

Consumers have also been hit with exorbitant prices for the humble salad ingredient in the grocery aisles. Shoppers are venting on social media about paying up to $12 for a head of iceberg lettuce, as well as steeper prices for other produce, with costs upward of $25 for a watermelon.

From lettuce to poultry, 2022 has brought no shortage of food supply hiccups. It’s at least the second time this year that KFC Australia has been left without ready supply of key components for some of its most popular offerings. It had to cut menu items in January amid shortages of chicken.

The sticker shock for fruit and vegetables is mainly due to climate events such as flooding, according to government forecaster Abares. It said shortages would be exacerbated by pandemic-related supply chain disruptions, persistent labour shortfalls and limited access to important imported machinery.

“Due to their perishable nature, fruit and vegetable prices are sensitive to supply side shocks like flooding events,” Abares said in its quarterly outlook on Tuesday.

“In normal times fruit and vegetable prices tend to recover relatively quickly and return to normal as production in other areas becomes available to fill supply gaps,” it said.

“In 2022–23 almost all aspects of the supply chain are facing inflationary pressures.”