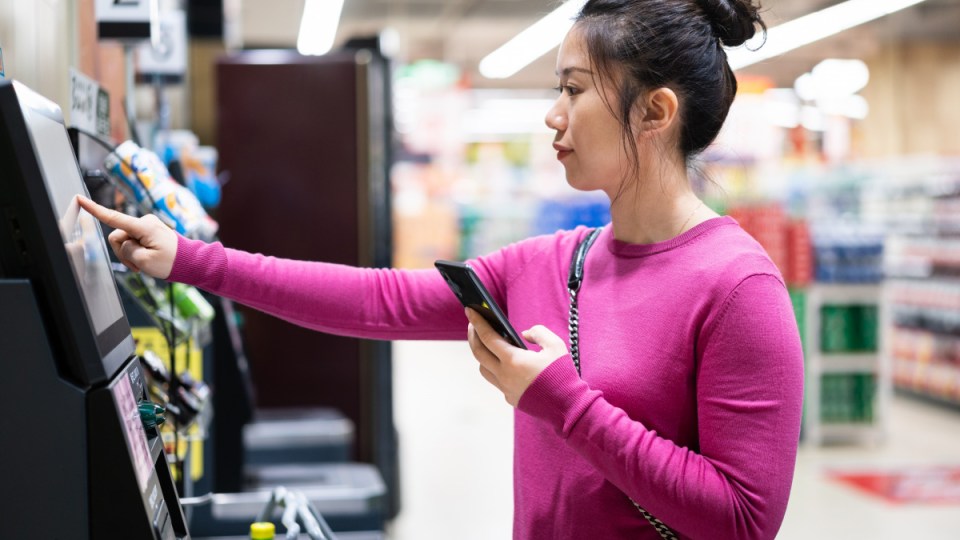 Supermarket giant Woolworths has installed cameras above self-service checkouts at select stores amid fears about a rise in shoplifting triggered by the rising cost of living.

The overhead cameras use artificial intelligence to detect when items are scanned incorrectly.

If a customer makes a mistake, footage of the incorrect item is displayed on the checkout screen with a message offering the customer to rescan the item, and a light attached to the overhead camera changes from green to red or orange.

The technology is being trialled at Woolworths Seven Hills in Sydney, and will be rolled out to other New South Wales stores (Hornsby, Neutral Bay, Chullora and Carnes Hill) in coming months.

A Woolworths spokesperson said although most customers do the right thing at self-service checkouts, mistakes can easily happen.

“This technology, which is used internationally, should make the self-serve scanning process more accurate for our customers,” they said.

It comes amid reports of a worrying lift in shoplifting as surging inflation eats into household budgets.

Lorenzo Perrone from Sonsa Markets in Melbourne told 9News shoplifting had “definitely increased in the past few months”, with data from the National Retail Association suggesting the annual cost of retail crime was as much as $9 billion per year.

Reports overseas point to a similar trend in the United Kingdom.

Queensland University of Technology consumer and retail expert Gary Mortimer said Woolworths was introducing the technology to crack down on crime but also to simplify the checkout process for customers.

“Often, one of the challenges to using these types of technologies is it’s somewhat confusing to locate the correct vegetable or fruit when scanning products,” Dr Mortimer said.

“I know when I’m scanning apples, I always can’t remember if they’re a Fuji, or a Red Delicious, or a Gala.

“So different technologies like AI scales and overhead cameras are attempting to speed up that process, make it easier for customers, and identify when customers may have made a mistake when scanning goods.”

The introduction of more cameras at checkouts has sparked privacy concerns for some customers.

But Woolworths has taken steps to protect the identities and bank details of customers caught on camera.

In cases where footage from the new self-service cameras is later reviewed by another person, PIN pads will be blacked out and customer faces will be blurred so they cannot be identified.

Dr Mortimer expects other retailers to roll out similar technology in the future.

He said: “There are lots of mechanisms that retailers are using to make that service experience at the front of the store faster and more efficient and less cumbersome.”