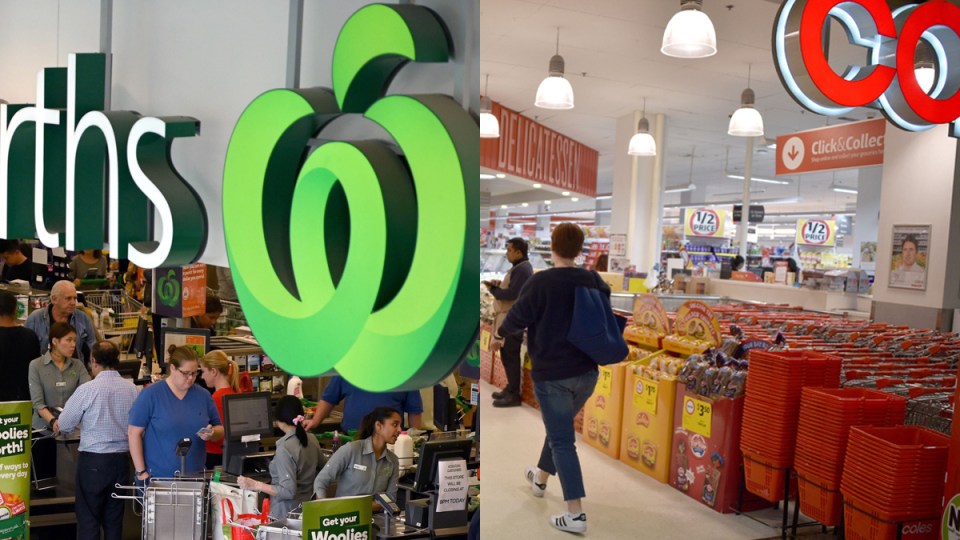 Red meat and soft drink prices are on the rise as shortages of wooden pallets and workers push up the costs of filling supermarket shelves.

As the Reserve Bank rushes to revise its inflation forecasts after prices rose faster than expected in the September quarter, Coles CEO Steven Cain warned about “significant supply chain pressures” on Thursday.

Mr Cain said COVID-19 health restrictions were forcing thousands of workers to isolate while a shortage of wooden pallets was making it harder to distribute products – pushing up prices as a result.

“We’ve had situations where stock has been travelling from one store or [distribution centre] to a store in another state to help manage supply,” he said.

Mr Cain also addressed price inflation, including that of red meat, which is now more expensive because strong crop-growing conditions are prompting farmers to keep their herds on paddocks as international demand soars.

Beef and veal prices rose 11 per cent annually over the past three months.

But Mr Cain said the strong crop conditions have also led to a plentiful supply of fruit and other produce, reducing prices for those goods sharply.

Mr Banducci said more supermarket suppliers were requesting price rises than is normal for this time of the year.

“We can see the legitimacy of the cost increases,” Mr Banducci said.

“But we’ve got to be very careful on how we pass those through to our customers.

“We want to make sure this is a great and affordable Christmas for all of our customers.”

Underlying inflation hit 2.1 per cent over the September quarter, which surprised analysts who had expected a smaller 1.8 per cent annual lift.

Mr Eslake looked through the 89 product categories tracked by the ABS and said the main reason for the inflation surprise was that fewer goods fell in price than during previous quarters in the pandemic.

“In the September quarter only 21 [product categories] recorded price falls; in the previous quarters there had been between 33 and 38.”

Higher inflation can be positive for workers if accompanied by stronger wages growth, but current price pressures are the result of cost increases being passed on by firms, which actually reduces purchasing power.

Import price data published by the ABS on Thursday demonstrated this.

Import prices rose by 5.4 per cent in the September quarter, the most in eight years – taking the annual growth rate even higher to 6.4 per cent.

Imported consumer goods rose 4.1 per cent – driven by textiles, clothing and footwear (up 6.7 per cent), food and beverages (up 5 per cent) and household electrical items (up 4.1 per cent).

“It appears that Christmas presents could be more expensive as Aussies emerge from Delta lockdowns,” he said in a client note on Thursday.

RBA sticks to its guns

Skyrocketing container prices and acute shortages of key inputs such as computer chips have contributed to the supply chain disruptions.

“Rising shipping costs, building materials costs and a shortage of semi‑conductors and chips are all leading to broad price pressures in Australia and other countries also,” CBA economist Belinda Allen said.

But Mr Eslake said prices for chips and containers now appear to have peaked, signalling that this cost-push inflation should soon subside.

That is the view the Reserve Bank has taken previously.

The RBA has said it will not raise interest rates from their rock-bottom levels until inflation is sustainably within its 2 to 3 per cent target band.

And although underlying inflation has now hit that range almost two years faster than anticipated, Mr Eslake said the RBA will want to see wages growth lift above 3 per cent before it begins to tighten monetary policy.

“Their labour market criteria has not been satisfied,” Mr Eslake said.

“There’s no hard evidence of wage pressures, so I don’t think they will use [inflation] as an excuse to raise rates.

“But it will be much more difficult for them to say not until 2024.”

The RBA will update its inflation forecast next week in a routine change.

RBA deputy governor Guy Debelle told estimates on Thursday that the revised forecast hasn’t been finalised yet after the latest inflation update.

“The monetary policy settings we have in place, as do other central banks around the world, are looking to generate a little higher inflation than we have seen over the last five, six years, as well as generate more jobs,” he said.

Coles and Woolworths are warning about rising prices. This is why the RBA isn’t worried yet