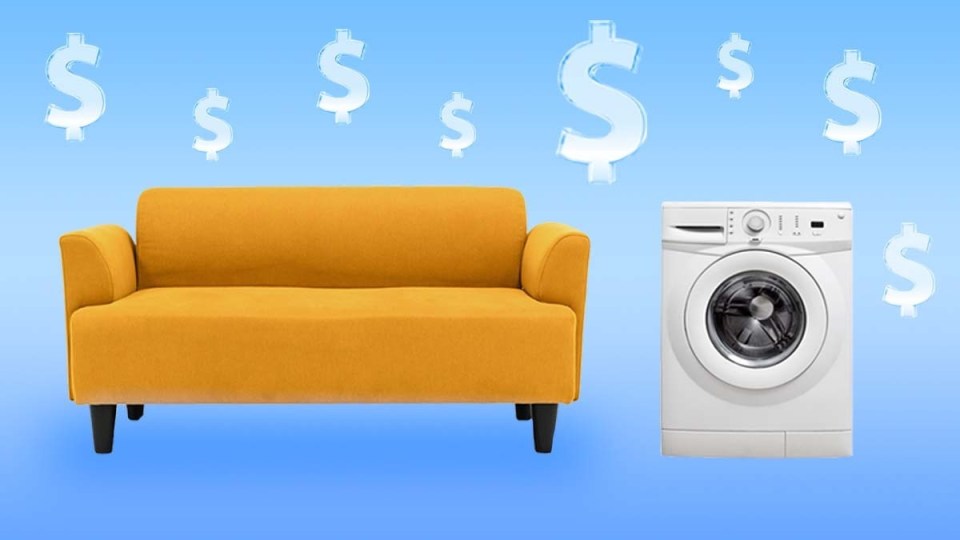 The pandemic has pushed up the price of furniture and consumer electronics. Photo: TND

Australians are being squeezed by rising prices on petrol, furniture and cars as COVID-19 continues to wreak havoc on the global economy.

Data released by the Australian Bureau of Statistics on Wednesday shows that annual underlying inflation rose to 2.1 per cent in the September quarter – the highest level in six years.

The sharp rise surprised many economists and has left them arguing over whether the higher prices will stick around, or fade away over the next year.

In the meantime, workers are feeling the pinch as COVID slams the brakes on a decades-long trend of increasing purchasing power.

Furniture prices are 14.1 per cent higher today than before the pandemic, increasing 3.8 per cent over the September quarter alone.

Higher demand for home renovations and home office equipment during lockdown has combined with port delays and raw material shortages to push up prices.

Vehicle prices are up 9.5 per cent on pre-COVID levels, due to the global shortage of computer chips.

And petrol prices are up 7.3 per cent over the September quarter alone, as energy shortages in Europe and Asia push up global oil prices.

But in good news for household budgets, fruit prices fell 8.3 per cent in the September quarter, thanks to good growing conditions for berries.

Clothing also became 5.5 per cent cheaper due to winter discounting.

And annual headline inflation, which has been unstable due to changes in childcare subsidies, fell from 3.8 per cent to 3 per cent.

Normally, advances in technology make these goods cheaper each year, allowing people to upgrade to new models without paying more.

But BIS Oxford chief economist Sarah Hunter said COVID-19 has offset this trend because demand has surged during lockdown and pandemic health restrictions have made it harder to transport goods.

Shortages in key inputs like computer chips and timber have worsened the impact, with even the world’s richest man, Elon Musk, feeling the pain.

The ABS highlighted this on Wednesday, noting prices for durable goods have soared in the past 18 months, as the above graph demonstrates.

Looking forward, economists are now debating how long these higher prices will stick around, as the global economy rebounds from the pandemic.

Underlying inflation has now risen to the Reserve Bank’s target range almost two years faster than expected, but economists don’t expect the bank to lift interest rates unless these higher prices stick around.

That’s because the RBA has said it will only increase interest rates when inflation has been sustained in its 2 to 3 per cent range for some time.

And the latest inflation is not the type the RBA would prefer to see.

The RBA would prefer higher wages to drive inflation by pushing up the demand for goods and services, because this improves living standards.

There are still no signs of higher wages growth and Dr Hunter said the RBA is unlikely to raise rates in response to cost-push inflation because it thinks the supply chain issues causing it will eventually be resolved.

“[The] impact will fade over time as conditions normalise,” she said.

“The board will focus much more on domestic trends, and they will be closely watching the recoveries in Sydney and Melbourne.”

But other economists are less sure higher prices will fade away.

Indeed APAC economist Callam Pickering said “no one really knows” if price rises caused by supply chain issues pushing up business costs will continue over the medium term or begin to subside some time next year.

“These supply chain issues will be with us for six months or so,” he said.

“After that, I would expect it to diminish in some capacity, but we don’t know what will happen to overall demand for goods globally.”

“We won’t get clearer readings for a few more months yet,” he said.

“The debate about whether inflation is just ‘transitory’ or it has more ‘persistent’ qualities will rage for a little longer.”

Mr James said the central focus of the debate is wages growth, with the potential for higher inflation to become sustained if bosses hand out pay rises to reflect cost-of-living pressures from the cost-push inflation.

Labour shortages in some sectors may also push up wages, he said.

“There is limited evidence of upward pressure on wages, although workers are harder to find in construction and hospitality,” he said.